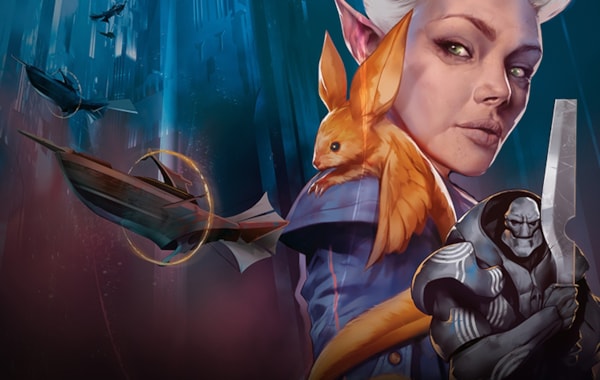 A new class is coming to Dungeons & Dragons’ fifth edition, the first new character class to be added since the RPG’s latest iteration was first released five years ago.

The artificer class is part of upcoming book Eberron: Rising from the Last War, the first proper Fifth Edition adventure set in the steampunky world. Artificers are characters able to wield and combine science and magic, creating technology powered by the arcane. It’s the first class to be added to Fifth Edition since the original Player’s Handbook was launched in 2014.

The Eberron soucebook also adds four new races for players to consider during character creation, plus full details on 12 dragonmarks, tattoo-like symbols that represent a character’s lineage and provide them an aspect of magical ability.

The book also details Eberron’s main continent of Khorvaire, as well as information of the city of Sharn and maps of the lightning-powered trains that mark out the setting’s techno-fantasy tone.

Not specific to the setting but brand new for D&D is a gameplay feature known as group patrons, which gives a more tangible benefit to parties of characters sharing a backstory or background, helping groups of adventurers cement their reason for coming together.

Having previously appeared in 3.5 and Fourth Edition, last year saw Eberron return to D&D in the slim digital-only setting overview Wayfinder’s Guide to Eberron, which served as an evolving introduction to the universe created by Gloom designer Keith Baker for a competition nearly two decades ago.

In comparison, Rising from the Last War is a hefty 320-page tome due for a physical release on November 19th.

Alongside the book’s release, D&D’s Adventurers League will kick off a twenty-episode adventure set in the region of Mournland called The Oracle of War. The story involves the battle between multiple factions in the world for control of a sought-after artefact.