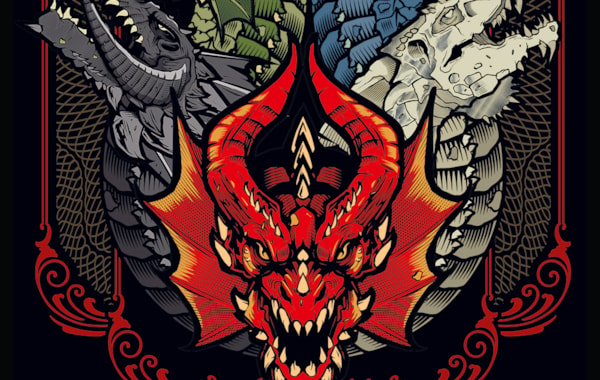 Dungeons & Dragons: Fifth Edition turns five years old this year, and to mark the occasion the RPG is bringing back the first adventure released for the ruleset in a new anniversary collection.

Tyranny of Dragons was a two-part storyline originally released back in 2014 – the first full scenario after the Starter Set’s intro The Lost Mine of Phandelver.

Made up of separate adventures Hoard of the Dragon Queen and The Rise of Tiamat, Tyranny of Dragons ran from level 1 to 16 and revolved around the Cult of the Dragon and its attempts to transport D&D’s powerful many-headed dragon queen Tiamat from the Nine Hells to the Forgotten Realms’s Faerûn.

Tiamat also plays a role in this year’s upcoming D&D adventure Baldur’s Gate – Descent into Avernus, which can read more about in the latest Tabletop Gaming magazine.

The Tyranny of Dragons re-release collects both adventures together in a 224-page tome for the first time.

As well as new cover artwork for the book by Hydro74, who has contributed several of Fifth Edition’s limited-edition cover illustrations, the anniversary set will include improvements for the gameplay inside, such as errata, a gentler difficulty curve and a revised opening chapter based on feedback from players over the last five years.

The book also features a gallery of concept art that show the process of the adventures’ creation, plus other bits of content that have only previously been released online.

Dungeons & Dragons: Tyranny of Dragons will be released in shops on October 22nd.