Perry Miniatures have previewed their upcoming plastic US infantry kit. Run by ex-Games Workshop sculptors the Perry brothers, Perry has in the past focused primarily on conflicts from the nineteenth century and earlier, though they have forayed into the Second World War before with their British ‘Desert Rats’ infantry and German Afrikakorps.

According to their social media page, they now have the first sample frames from Renedra (a UK-based plastics manufacturer with extensive experience in producing wargaming figures) in their hands, and are aiming to release the new box for this year’s Salute (April 6th).

The box will contain 42 figures, enough to represent a full strength platoon of three squads plus an HQ. The figures are armed with all the usual suspects that you’d expect  - Garands, Brownings and Thompsons, as well as M1 Carbines, Springfield rifles (with grenade launcher or scope attachments) and Grease guns. For some heavier firepower, there’s also two Browning .30 Cal machine guns and the M1A1 Bazooka. All are wearing the standard M1 helmet (which replaced the M1917 A1 “Kelly” helmet in 1941) along with the 2nd pattern ‘Parsons’ jacket, worn by units who fought in Operation Torch, Tunisia, Sicily and the Normandy and Italian landings right through to the end of the war. In addition to their weaponry, each squad comes with bayonets and ammo pouches, as well as an option for radio comms. 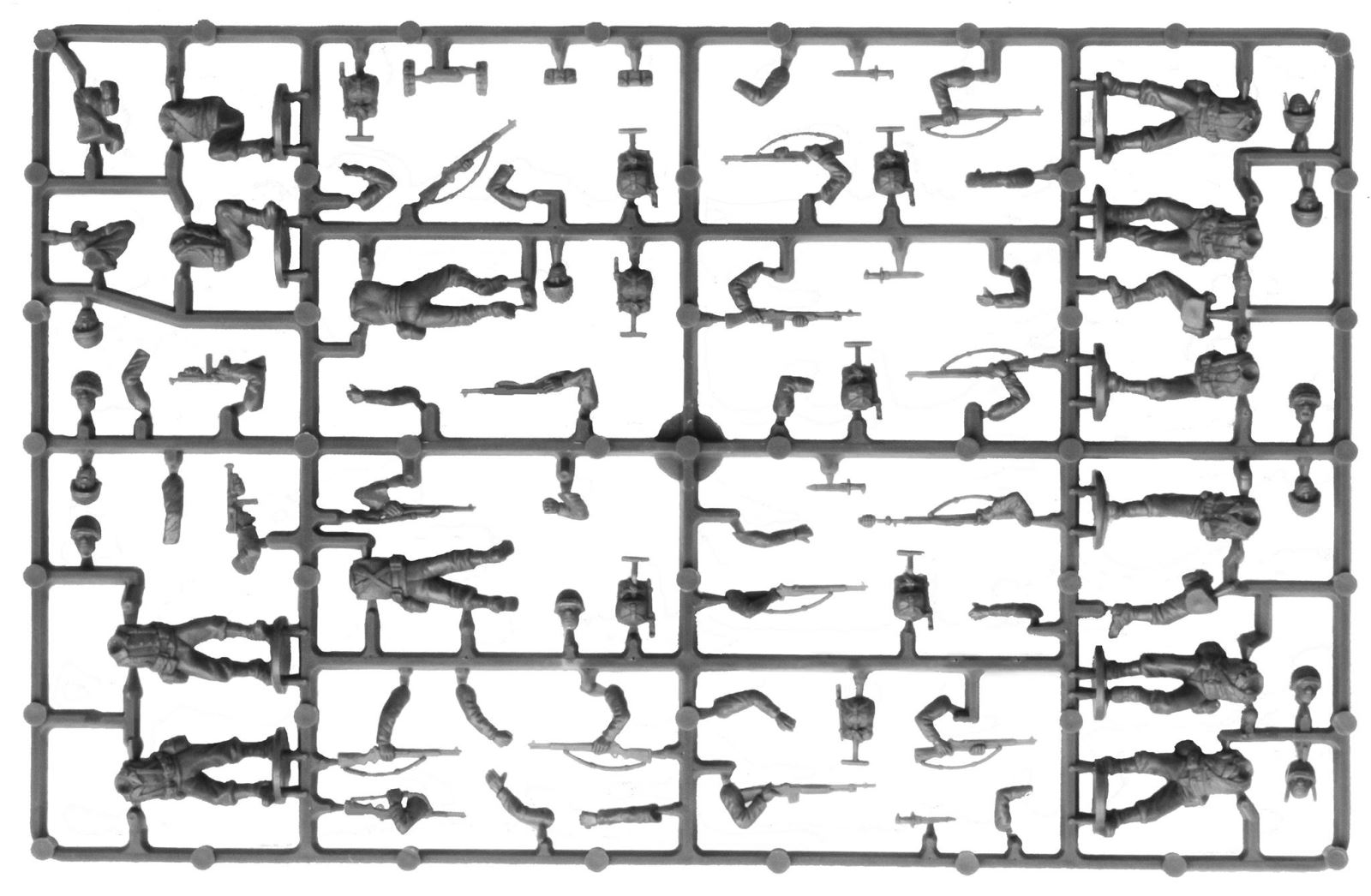 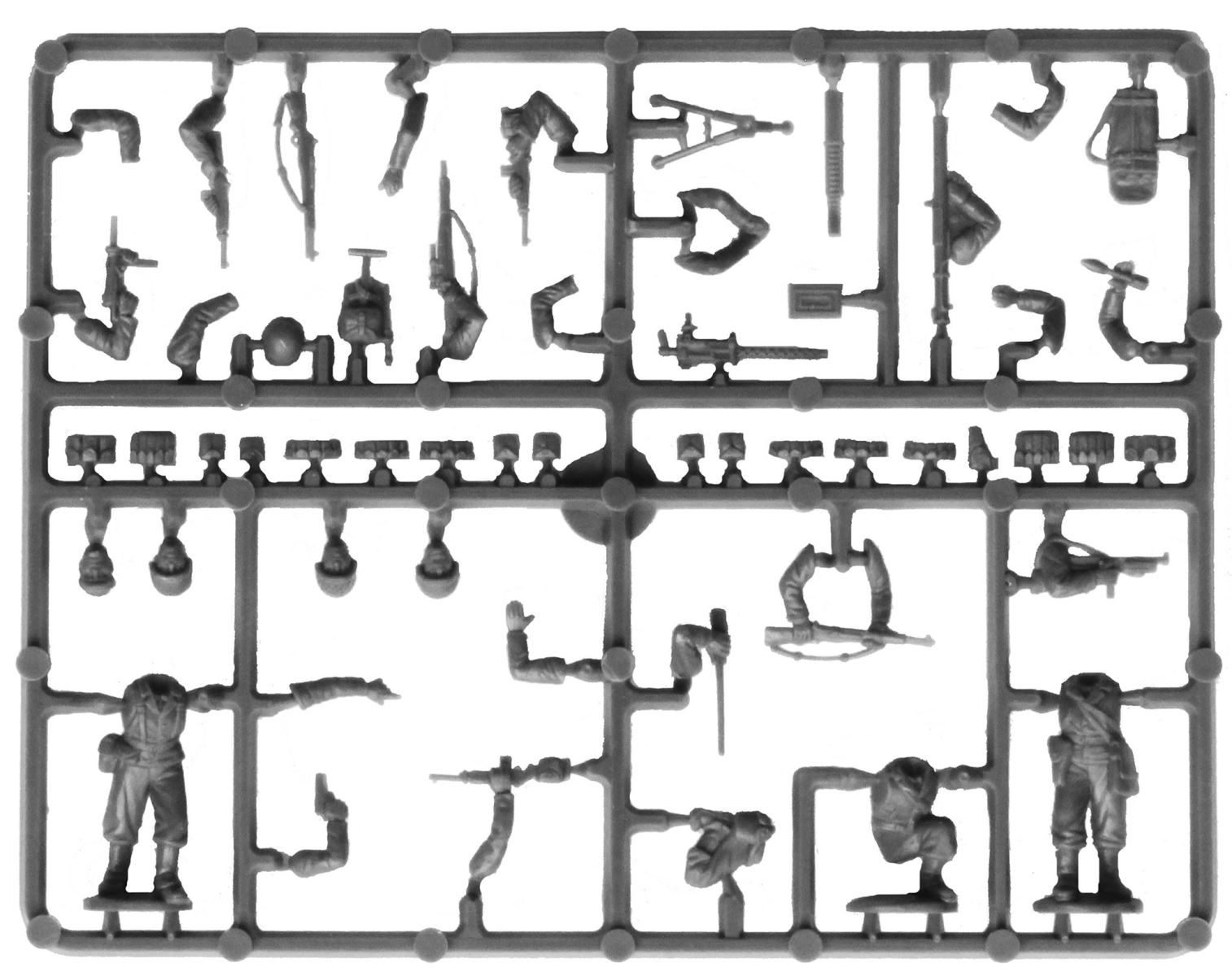 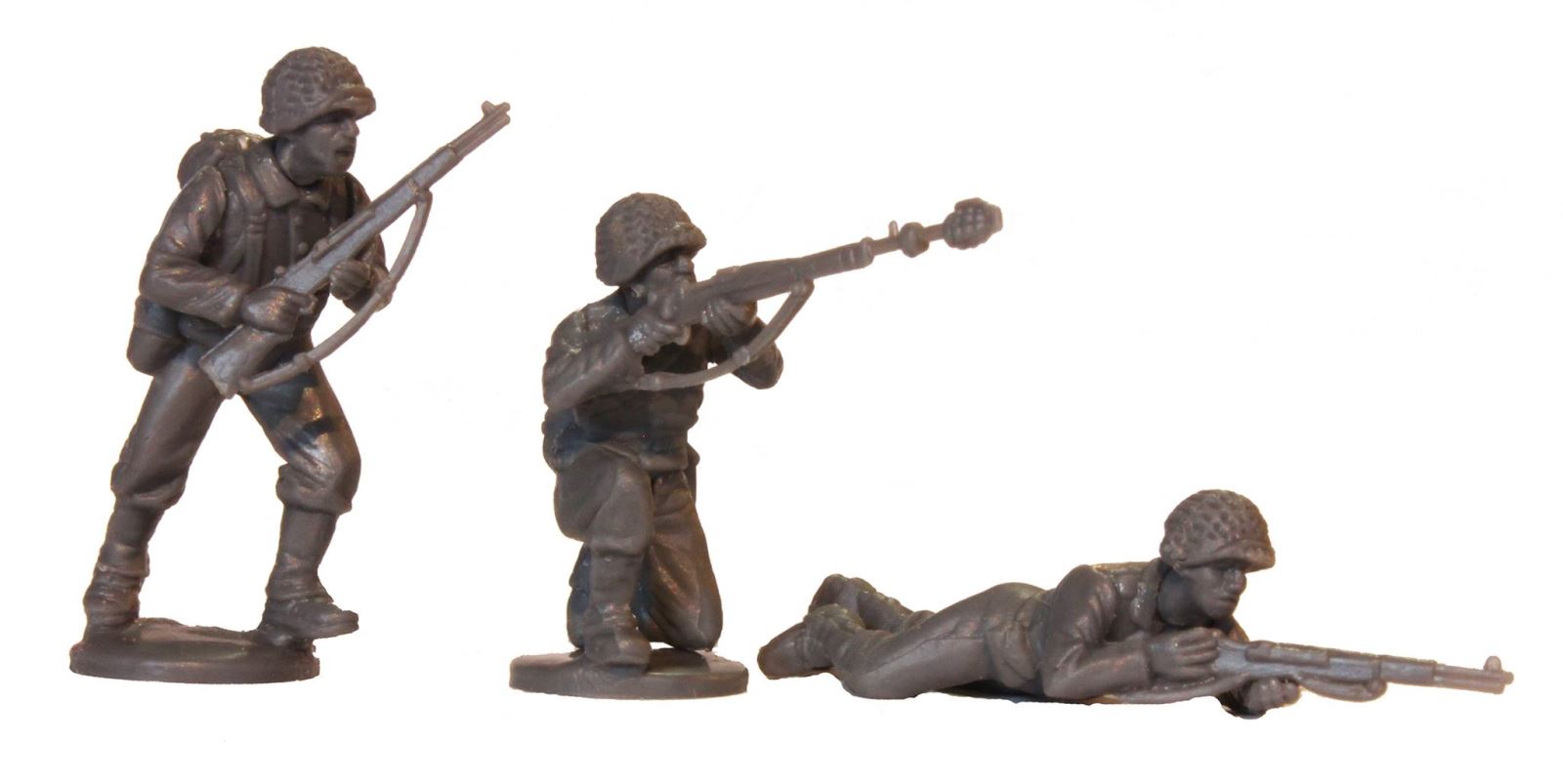 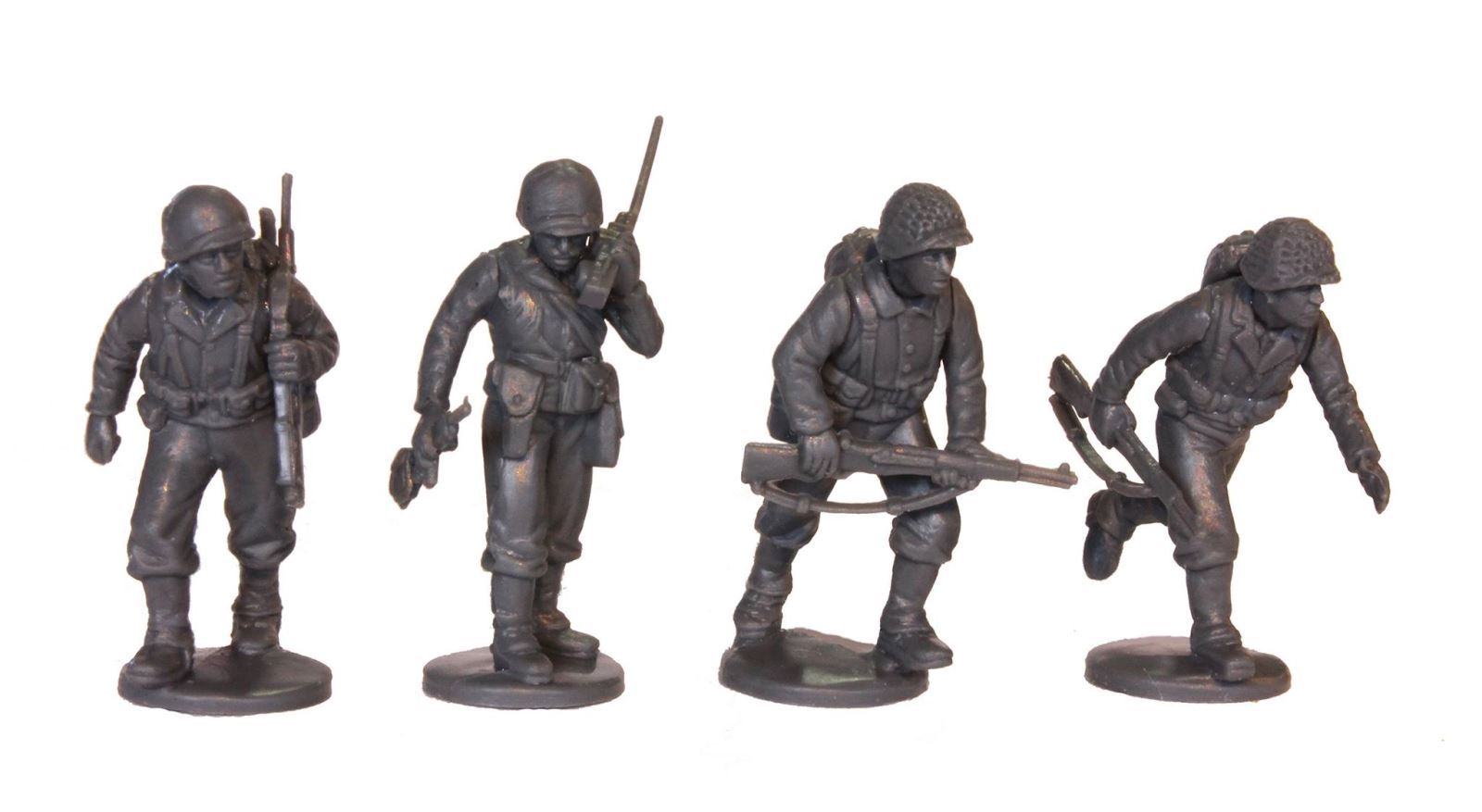