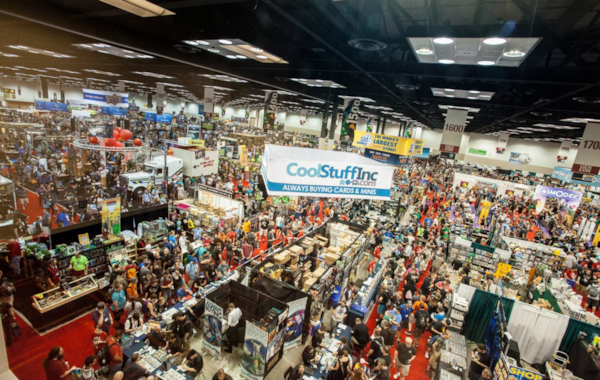 The Nobel Prize of tabletop, the Diana Jones Award, has been presented to Gen Con as the hugely influential US gaming show marks its 50th anniversary.

Voted for by a panel of largely secretive industry insiders, the Diana Jones is different to many awards in that it doesn’t just celebrate games and designers, but “any combination of achievement, innovation, and anything that has benefited or advanced the hobby and industry as a whole”.

Lang handed over the trophy – a Perspex pyramid containing the burnt remains of the Indiana Jones RPG, from which the award takes its name – to Gen Con representative Adrien Swartout at a ceremony at the show itself.

“The DJA Committee said, ‘Gen Con's assertion that it's the Best Four Days In Gaming’ is a refreshing and absolute truth,” the Diana Jones Twitter account commented on the win.

Gen Con was established back in 1968 (making this year’s show the 50th event) by Dungeons & Dragons co-creator Gary Gygax as a wargaming meetup, before transitioning to become the second-largest tabletop convention in the world, behind Essen in Germany.