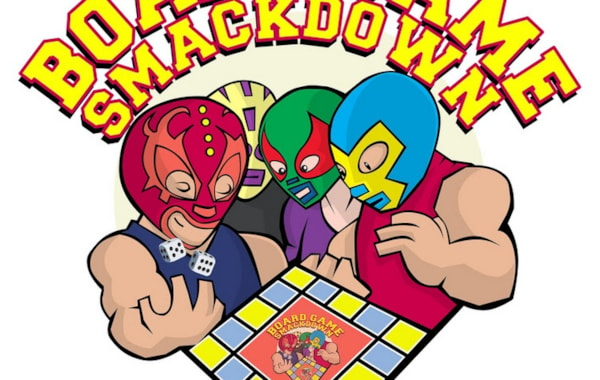 Missed this? Now's the chance to check it out!

Comedians aren't new to the Tabletop World, and generally it's a match made in heaven. We play tabletop games because they're fun, and when you add a dose of witticism or unusual responses that enjoyment is shared. A notable favourite recently included a D&D session with Sue Perkins, Sara Pasco, Nish Kumar, and Ed Gamble for Red Nose Day, which resulted in an unexpectedly Tiger King themed adventure Oneshot.

When you combine comedians and boardgames, therefore, there are usually hilarious results, and that's something we'll hope to see from Board Game Smackdown.

This is a weekly show hosted by James Cook, which sees comedians playing tabletop games together, from Camel Up to Codenames to Pandemic. Each episode sees new participants and new games, and over the last few months has played a ton of great games, seeing names like Jason Manford, Ria Lina, Alexander Bennet and more.

This week, we'll be seeing its members playing Say Anything, a party game which sees players answering questions and writing them on a board, with the judge choosing their favourite response, and bets then made as to who will be picked.

The event will be hosted by James Cook, and players included within this will be:

Alice Fraser (you may recognise from Amazon Prime Comedy Specials, as well as podcasts like The Bugle and Tea with Alice), Paul Sinha (from the Chase, and from Taskmaster amongst other things), Alexis Dubis (Marcel Lucont's Cabaret Fantastique), and Kayleigh Cassidy (CSI: Crime Scene Improv)

If you fancy tuning in, you can find them over on Twitch, you can sign up for a reminder over on Facebook, or pop over to their youtube channel to watch it live.