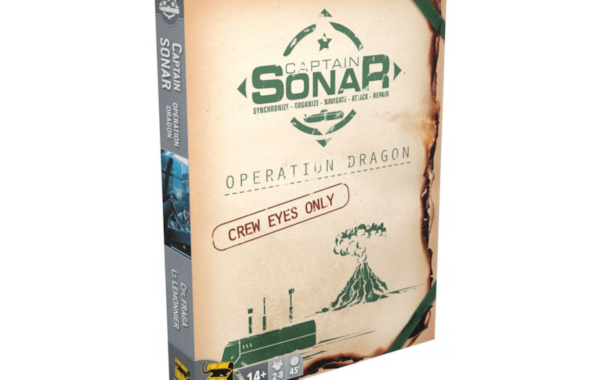 The latest expansion for Captain Sonar is surfacing later this year with a new connected campaign mode for the Battleship-like party game.

Captain Sonar: Operation Dragon introduces a series of seven missions that can be played in order, with the outcome of each chapter affecting the next scenario.

The scenarios play out on brand new maps that follow a storyline involving a search for rare minerals – with the suggestion that the laws of physics may be stretched as the subs dive ever deeper.

The Operation Dragon campaign also adds expert characters to the crew of players’ submarines that have individual special abilities.

In addition to the campaign mode, the Operation Dragon expansion will come with a ‘Custom Pack’ toolbox of gameplay modules. The extra options include an armada mode alongside new second and mechanics stations that can be combined and used to shake up the standard play experience.

As with the original Captain Sonar, Operation Dragon plays with two to eight people – although, as we noted in our review, you’ll probably want as many people on board as possible to get the most out of the game.

It’s not clear if Operation Dragon will have any compatibility with Sonar, the streamlined two-player version of the game released last year, or if you’ll need to gather the same group of players for each of the seven missions. There’s no mention of permanent legacy mechanics, either, so expect to be able to replay the missions to your heart’s content.

Captain Sonar: Operation Dragon will be out later in 2019, with a release date yet to be confirmed.