Build a metropolis together with friends in the Cities: Skylines co-op board game 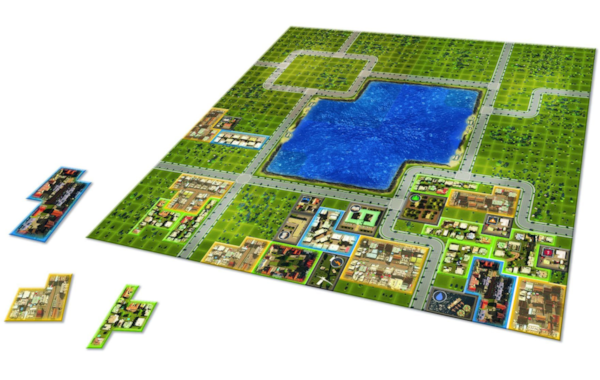 We built this city on polyomino

New details of the upcoming Cities: Skylines board game have emerged, revealing the PC game adaptation as a co-op city-builder due for release this autumn.

The Cities: Skylines board game, based on the successful computer game, was first revealed around a year ago as part of video game publisher Paradox’s announcement that it was making a major leap onto the tabletop with board games based on its Crusader Kings, Europa Universalis, Hearts of Iron and Cities franchises.

Designing the Cities: Skylines board game is Nations, Tribes and Warhammer: Age of Sigmar – The Rise & Fall of Anvalor creator Rustan Håkansson, with major label Kosmos putting out the game in both German and English this October –expect a likely launch at Essen Spiel. Unlike the Crusader Kings board game, Cities: Skylines will be headed straight to shops without a Kickstarter crowdfunding campaign.

What’s particularly interesting about the latest information on Håkansson’s design is that Cities: Skylines will be a co-op game for one to four people, playing in just over an hour.

The game’s main board is made up of four land boards, onto which players will place polyomino tiles representing the various buildings and areas of their shared city. In the classic SimCity fashion continued by the likes of Cities: Skylines on the PC, residential, commercial, industrial and other zones have an effect on neighbouring regions with different bonuses and penalties.

The players are working towards a set number of objectives, with each person having individual cards that determine what they can build. All of the players contribute to and spend from a shared city treasury, with managing your available money and building budgets said to be a key part of the game; going bankrupt means a game over.

The players can expand the city during the course of a playthrough, buying additional land boards to flip them from their ‘nature’ side to a ‘developed’ side. Fulfilling milestone goals also expands the city – the players’ final score is the overall ‘happiness’ of their city’s residents once the last objective is completed.

Cities: Skylines will come with a series of tutorial-like scenarios that introduce the game’s rules one at a time, including the different unique buildings that can vary between playthroughs.

Cities: Skylines' release in October will likely see it become the first of the Paradox games to make its debut on the tabletop, with Crusader Kings due to land with backers the following month.