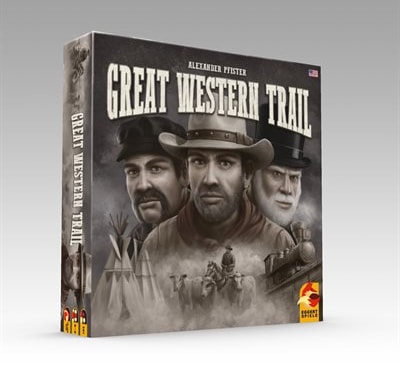 The acquisition includes Plan B Games, Next Move, Pretzel Games and Eggertspiele

Today, Asmodee has announced its acquisition of Plan B Games, creator of titles such as Camel Up and Azul.

Plan B Games was founded by Sophie Gravel in 2016, it has 18 employees based in Canada and Germany, and operates four internationally renown game publishers:  Next Move, Plan B Games, Pretzel Games and Eggertspiele.

“I am delighted to see the Plan B Games family become part of the great Asmodee team,” said founder Sophie Gravel. “Their tremendous network will offer our collections a broader distribution base as well as a bigger community of players worldwide. We will continue to strive to publish games with the same care and attention to detail that has always been our driving force. Our goal remains the same: to offer unforgettable playing experiences, both through the depth of our gameplay and premium-quality materials.”

Stéphane Carville, CEO of the Asmodee Group, added: “The Plan B group has demonstrated, year after year, its creativity and sense of aesthetics in creating highly successful games such as Azul, which will naturally find its place among our pillar brands alongside the likes of Catan and Ticket to Ride. We are very pleased that Sophie Gravel and her teams, with whom we have developed a close partnership through the years, will be joining our group and participating in the development of our games catalogue.”

The acquisition will include games such as The Great Western Trail, Azul, Beez, 5211, Century, Reef, and Tuki amongst others, making it an impressive collection.