Arkham Horror: The Movie? Asmodee is turning its games into films and TV shows with a new Entertainment division 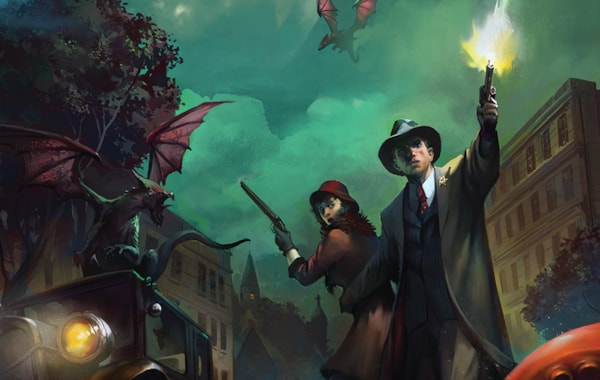 According to the company, these spin-offs will largely be created through partnerships and licensing deals, paving the way for movie and television studios to bring series such as Ticket to Ride, Catan, Android, Legend of the Five Rings, Arkham Horror, Twilight Imperium and TIME Stories to the screen and page.

Asmodee has previously experimented with adapting some of its biggest franchises for the page, including novelisations of Arkham Horror, Android: Netrunner and Legend of the Five Rings.

These join a long-in-development Catan movie franchise from Sony Pictures, which was first discussed in 2015 and advanced late last year with the attachment of producers behind the big screen reboot of Stephen King’s It and The Lego Movie, as well as the writer penning the upcoming Playmobil movie.

Asmodee is also expanding its flagship tabletop franchises in the digital world, with the recent establishment of Fantasy Flight Interactive, a studio developing original video games based on the publisher’s series that go beyond being simple ports of the board games.

There’s currently no suggestion of what Asmodee Entertainment’s first project will be, when it might surface or how its adaptations of games will compare to their tabletop source material. The press release issued about the news simply suggests the projects will “unlock new narrative experiences for the group's fans and communities across a variety of platforms”.

"The success of our previous ventures into books and graphic novels, set in Asmodee worlds, demonstrated our fans' desire to engage with their favourite stories in formats beyond the board games they love," Jones said. "Through these new forms of content, our vibrant characters and engaging narratives can also reach new audiences around the world."