We are excited to announce that the AEGEAN RPG core rulebook is now funding on Kickstarter! Back now to bring the 300 page hardback book to life. 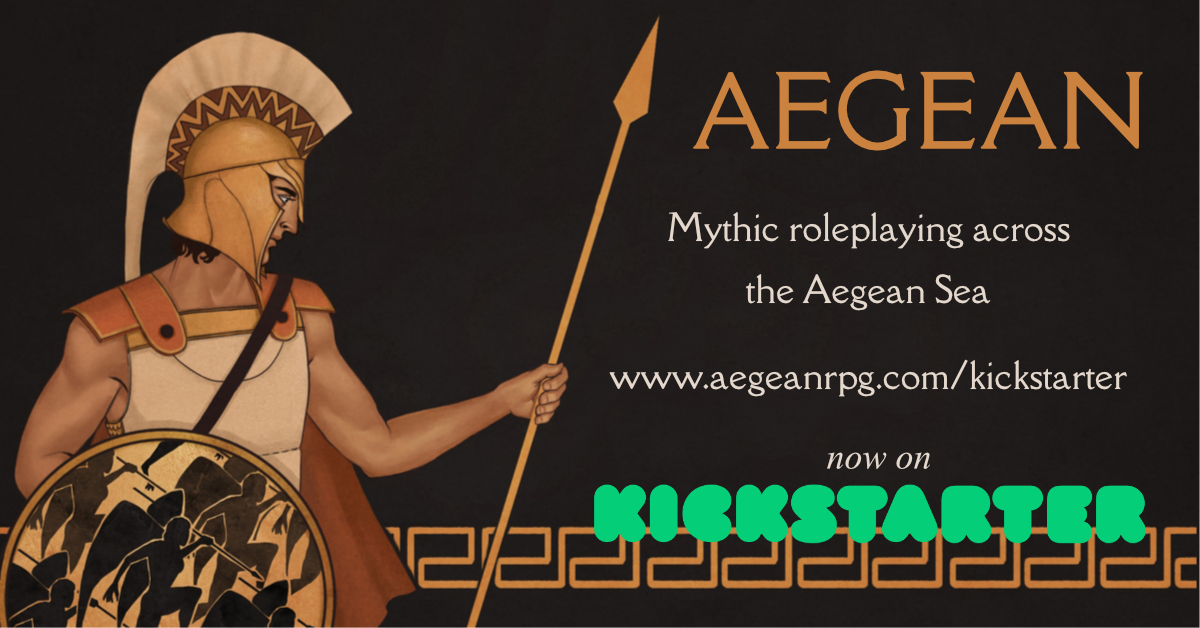 AEGEAN is a tabletop roleplaying game about a group of mythic heroes building a new, free city on the shores of the Aegean Sea. There are neighbouring cities to trade or war with, monsters to kill, gods to appease, deceptions, negotiations and bloody skirmish. 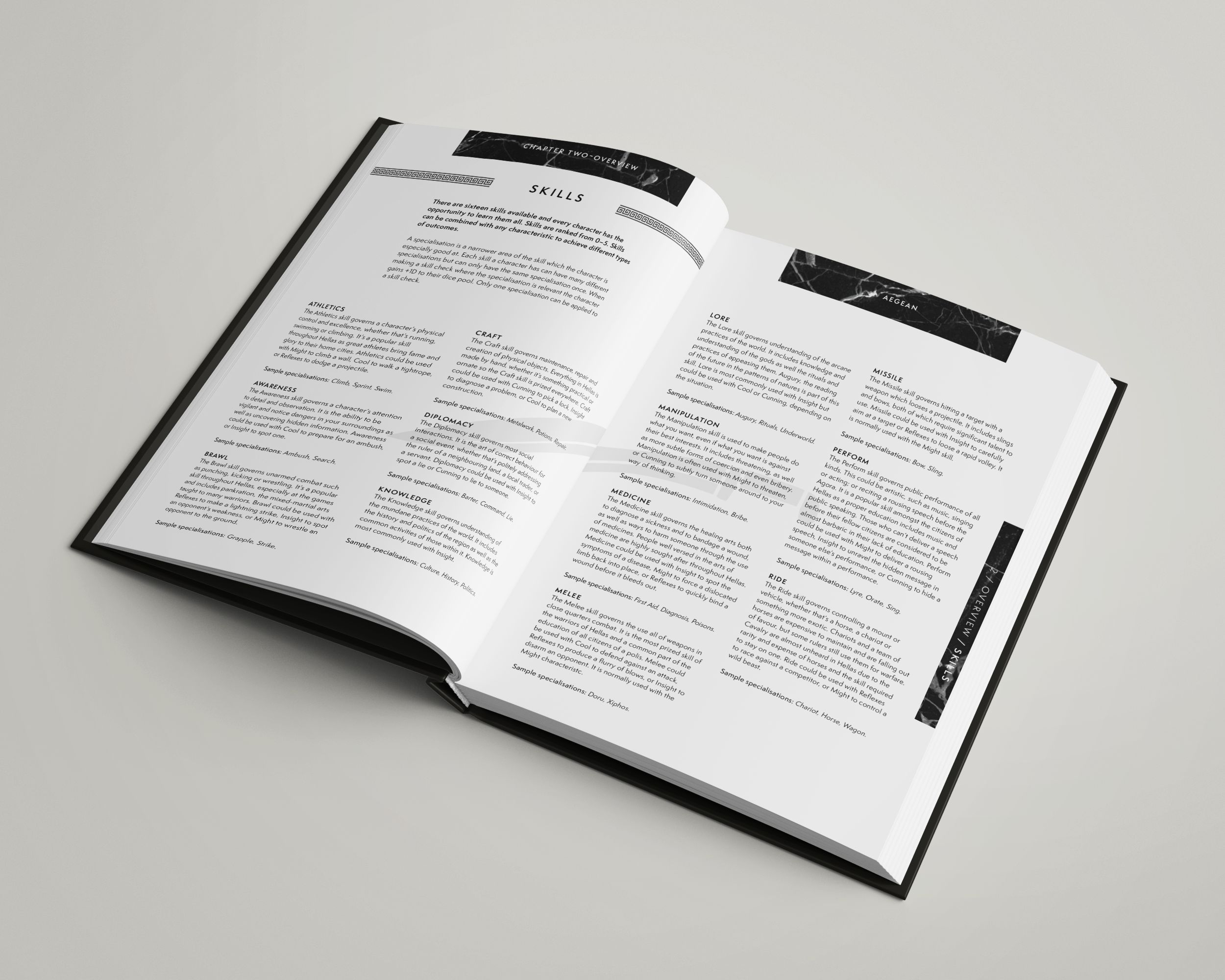 The world of AEGEAN is an ancient Greece that never existed – a mix of mythology and classical history. The gods visit the earth and converse with mortals, granting gifts of magic and life to some and fear and terror to others. Fearsome monsters roam the lands and seas making every journey an adventure. Strange creatures, some mortal, others half-divine, can be found in the wilderness. These centaurs, nymphs and tritons teach, harass or ignore humans as their whim takes them.

The polis—the city and its surrounding lands—is your home and where your loyalties lie. Your polis is a recently founded colony on the coasts of the Aegean Sea. The leader is called an arkhon, a democratically elected ruler after the Athenian fashion, rather than the hereditary king that many cities still use. The polis sits in a precarious position, between many similar neighbouring states who may wish to trade, ally or make war.

Your character fits somewhere in this world, between the capricious force of the gods, the wilderness and the structure of the polis and its ambitions.

The core philosophy of the AEGEAN system is that the characters are capable heroes who can always succeed at the task at hand. Sometimes there may be a cost involved and it’s up to the player to decide how much they’re willing to pay for success.

You can check out the Aegean Kickstarter here.