The Pathfinder Roleplaying Game puts you in the role of a brave adventurer fighting to survive in a world beset by magic and evil! Take on the role of a canny fighter hacking through enemies with an enchanted sword, a powerful sorceress blessed with magic by the hint of demon blood in her veins, a wise cleric of gods benevolent or malign, a witty rogue ready to defuse even the deadliest of traps, or any of countless other heroes. The only limit is your imagination!

Strap in and blast off! The Starfinder Roleplaying Game puts you in the role of a bold science-fantasy explorer, investigating the mysteries of a weird and magical universe as part of a starship crew. Will you delve for lost artifacts in the ruins of alien temples? Strap on rune-enhanced armour and a laser rifle to battle undead empires in fleets of bone ships, or defend colonists from a swarm of ravenous monsters? Maybe you'll hack into the mainframe of a god-run corporation, or search the stars for clues to the secret history of the universe or brand new planets to explore. Whether you're making first contact with new cultures on uncharted worlds or fighting to survive in the neon-lit back alleys of Absalom Station, you and your team will need all your wits, combat skill, and magic to make it through. But most of all, you'll need each other.

In Call of Cthulhu, players take on the role of investigators to uncover secrets and resolve dark mysteries. In the course of a game, the investigations may find themselves battling against crazy cults and strange monsters, and running away from horrors from beyond space - all while attempting to solve a mystery. Set in the Jazz Age of the Roaring Twenties, as well as in the modern-day, the investigators are ordinary people who are thrown into horrific and terrifying encounters with the otherworldly forces of the Cthulhu Mythos, risking their life and sanity in the process! Your investigator - who could be a detective, author, librarian, or doctor - and their companions may very well decide the fate of the world. While the game concerns dark deeds and scary monsters, the emphasis is firmly on fun and cooperation, with the players working together to overcome challenges. Call of Cthulhu is recognised as one of the most influential roleplaying games and continues to be a firm favourite with players of all ages around the world, and has won over 40 awards, including being inducted into the Academy of Adventure Gaming Art and Design Hall of Fame.

An all-new edition of one of the world’s most influential and acclaimed fantasy roleplaying games. This all-new edition introduces RuneQuest and its setting of Glorantha to new players everywhere. Intuitive, easy to play, and set in the world of Glorantha, a heroic fantasy setting rich in magic, mystery, and extraordinary adventure. Glorantha is filled with mortals and gods, myths and cults, monsters and heroes. The most powerful building blocks of the universe are the Runes, mystical symbols that permeate everything, and mastery of Runes allows astonishing feats of bravery and magic. Combat in RuneQuest can be dangerous, even deadly, with skirmishes filled the chance of fumbles, critical hits, and strategic tactical choices. The game’s setting draws upon Bronze Age cultures where the relationship between mortals and the gods are much stronger. Rather than being myths, the deeds and actions of the gods are history, and are very much active forces in shaping the day-to-day lives of all living things.

Chaosium’s volunteer game masters will be running 1-hour demo games for anyone wishing to try out RuneQuest. No experience required and all welcome. Age 12+

Brand new for 2019, this skirmish miniatures game set in ancient Greece is the latest vision from the creators of Gangs of Rome. In the wake of Greece’s victory over the Persian Empire, city-states compete for power and wealth – and it’s up to powers to lead them to greatness.

If England Were Invaded 1910

Making its first show appearance ever at this year’s Tabletop Gaming Live, this miniatures game is inspired by William Le Queux’s book described a fictitious invasion of England by Germany. In the book the attackers site their guns on location of Alexandra Palace, making it the perfect place to recreate the battle.

Take to the skies of World War I in the dogfighting aerial combat game! Fast gameplay and beautiful pre-painted miniatures make it easy to jump into intense and cinematic battles between planes.

Join the Milton Keynes Wargames Society as they travel back to the dawn of warfare, simulating battles between some of the greatest powers of the ancient world. Having run a successful 6mm Ancients game at last year’s Tabletop Gaming Live, the MK Wargames Society are bringing their battlefield back to Alexandra Palace for another year.

Dark Side of the Moon

It is 2039 and the Moon – our close neighbour in space – is now a hotbed of exploration, mining and development.

Players representing US and Chinese forces fight for control of an abandoned British Lunar base. The mission is tricky but the difficult, dusty, cratered terrain – and just one-sixth gravity – make it doubly deadly. Troops are packing lasers and other low-recoil weapons and explorer and research vehicles are being equipped with turrets and all are bouncing their way over the barren surface. But are there other forces in play...?

Based on a look and feel of Gerry Anderson’s UFO TV series with 15mm figures by GZG and models by Brigade plus some of South London Warlords' own scratchbuilds, Dark Side of the Moon gives the players the chance to play some small unit actions using a unique dice system. And remember, there is no ‘dark side’ of the moon: it’s all dark!

Blood on the Clocktower

Blood on the Clocktower is a bluffing game enjoyed by 5 to 20 players on opposing teams of Good and Evil, overseen by a Storyteller player who conducts the action and makes crucial decisions.

During a 'day' phase players socialize openly and whisper privately to trade knowledge or spread lies, culminating in a player's execution if a majority suspects them of being Evil.

Of a 'night' time, players close their eyes and are woken one at a time by the Storyteller to gather information, spread mischief, or kill. Use all your powers of deduction and deception to survive this game of murder and mystery.

The Storyteller uses the game's intricate playing pieces to guide each game, leaving others free to play without a table or board. Players stay in the thick of the action to the very end even if their characters are killed, haunting Ravenswood Bluff as ghosts trying to win from beyond the grave.

The tension and excitement builds for everyone as the bodies of victims pile ever higher...

Play mutant monsters, gigantic robots and other monstrous creatures, rampaging the city and vying for position as the one and only King of Tokyo! Combine your dice to gather energy, heal your monster or just slap the other monsters down! Spend your energy to trigger permanent or one-shot special powers: a second head, body armour, nova death ray...
Stop at nothing to become the King of Tokyo... but that's when the real trouble begins for you! 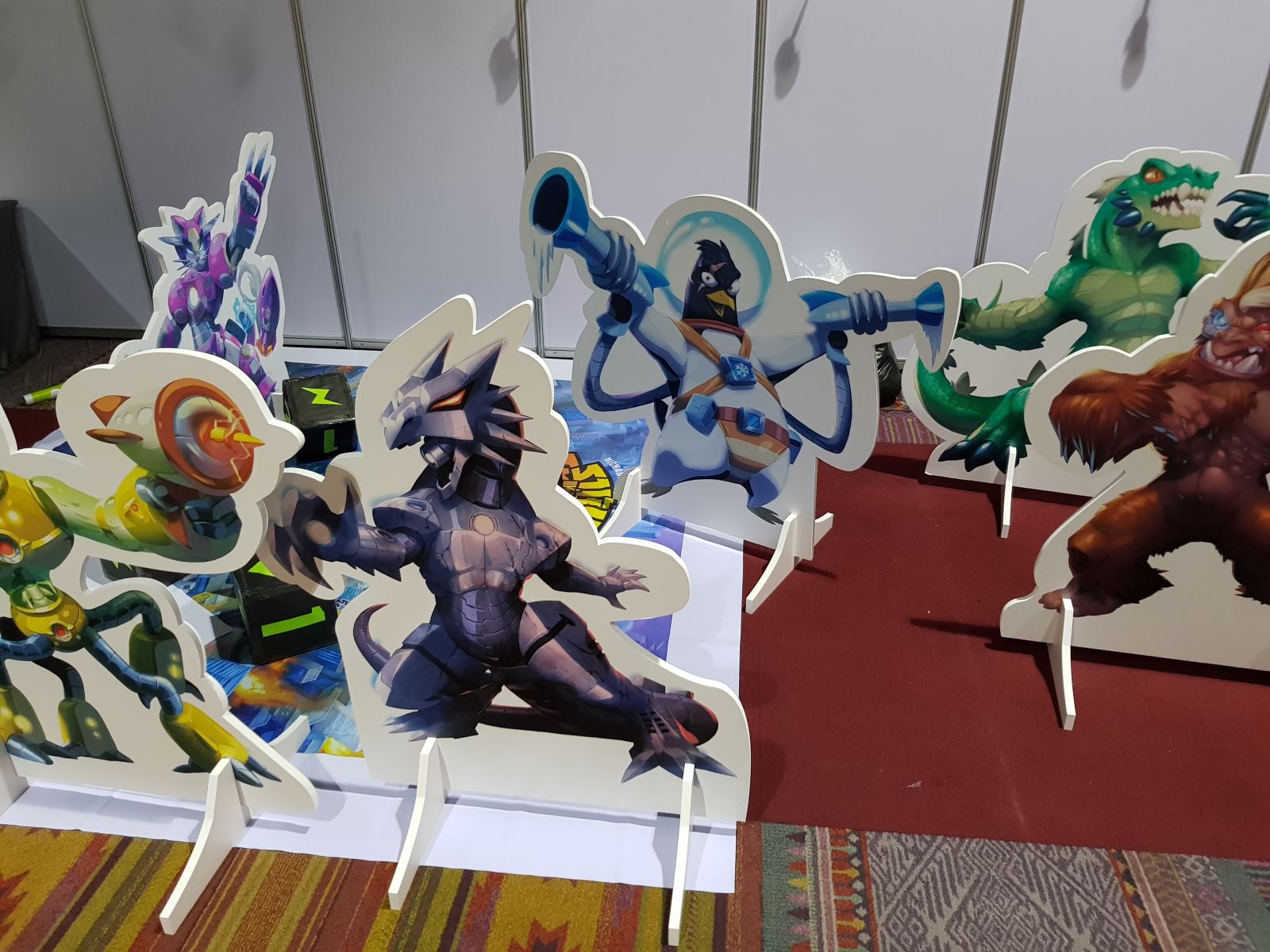 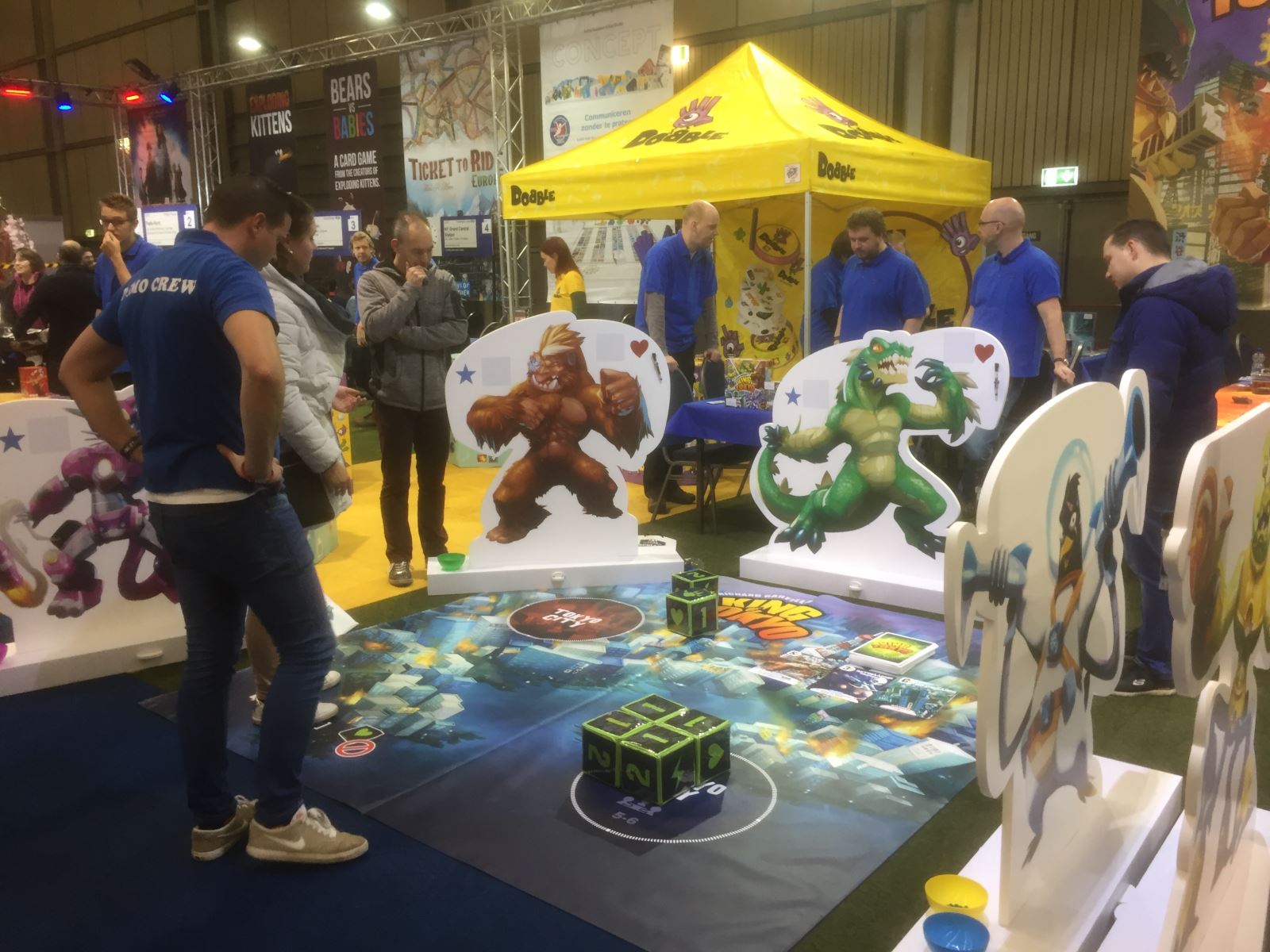 Tabletop Gaming Live is sponsored by: