Ten of the Best: Zombie games The ten best zombie games out there

It doesn’t matter whether it’s shambling corpses or sprinting infected: there’s no escaping the flood of games filled with the undead. Here’s our pick of ten terrifying titles that will keep you playing from Night of the Living Dead to Dawn of the Dead 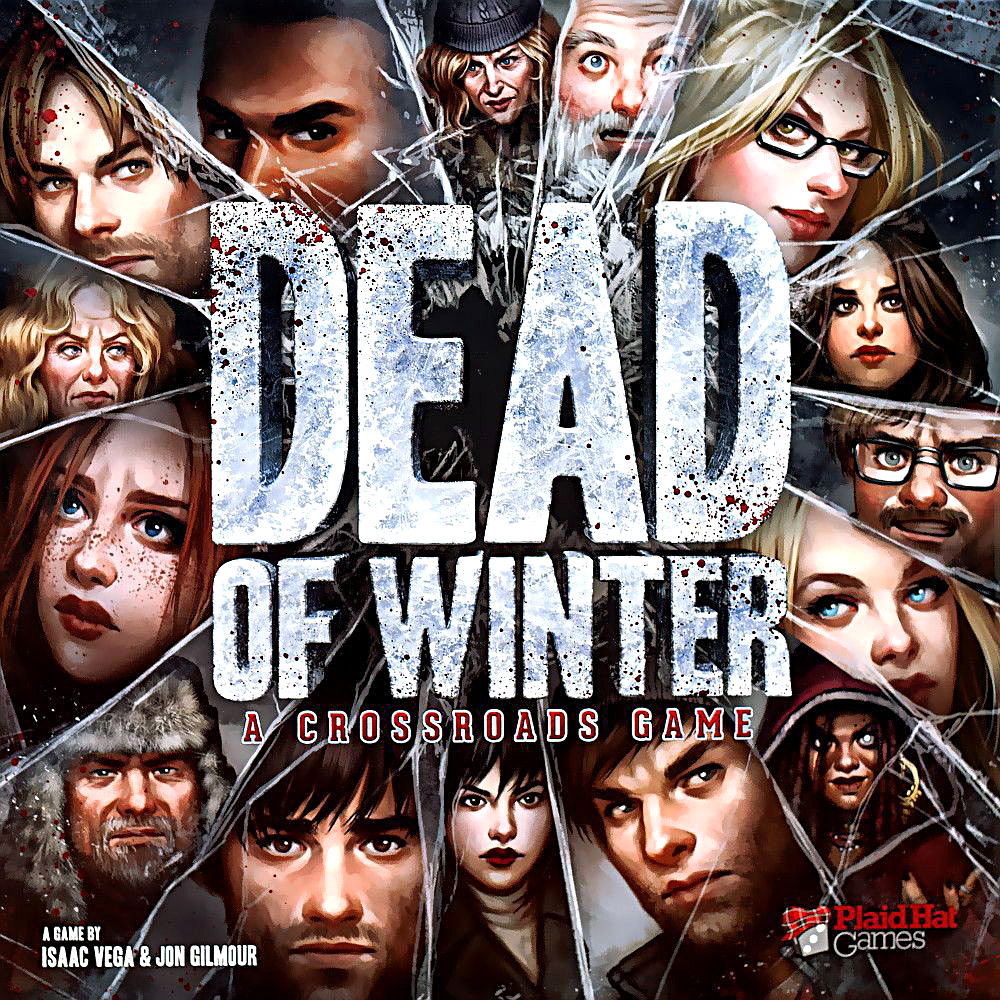 There’s something about the end of the year that brings the dead out. In Dead of Winter, it’s not just the zombies that pose a threat; everybody’s working together to survive the onslaught of the walking dead, but each also has their own secret motivation that could result in them deliberately sabotaging their fellow survivors’ chances of making it through. This psychological shakedown happens in the background of plenty of dice-rolling to hunt for food and supplies in various locations, influencing the way that players work together (or apart). Powered by the game’s flagship Crossroads system of storytelling, Dead of Winter was followed by standalone expansion The Long Night and spin-off Raxxon, providing plenty more reasons to not trust anybody.

Buy your copy of Dead of Winter here. 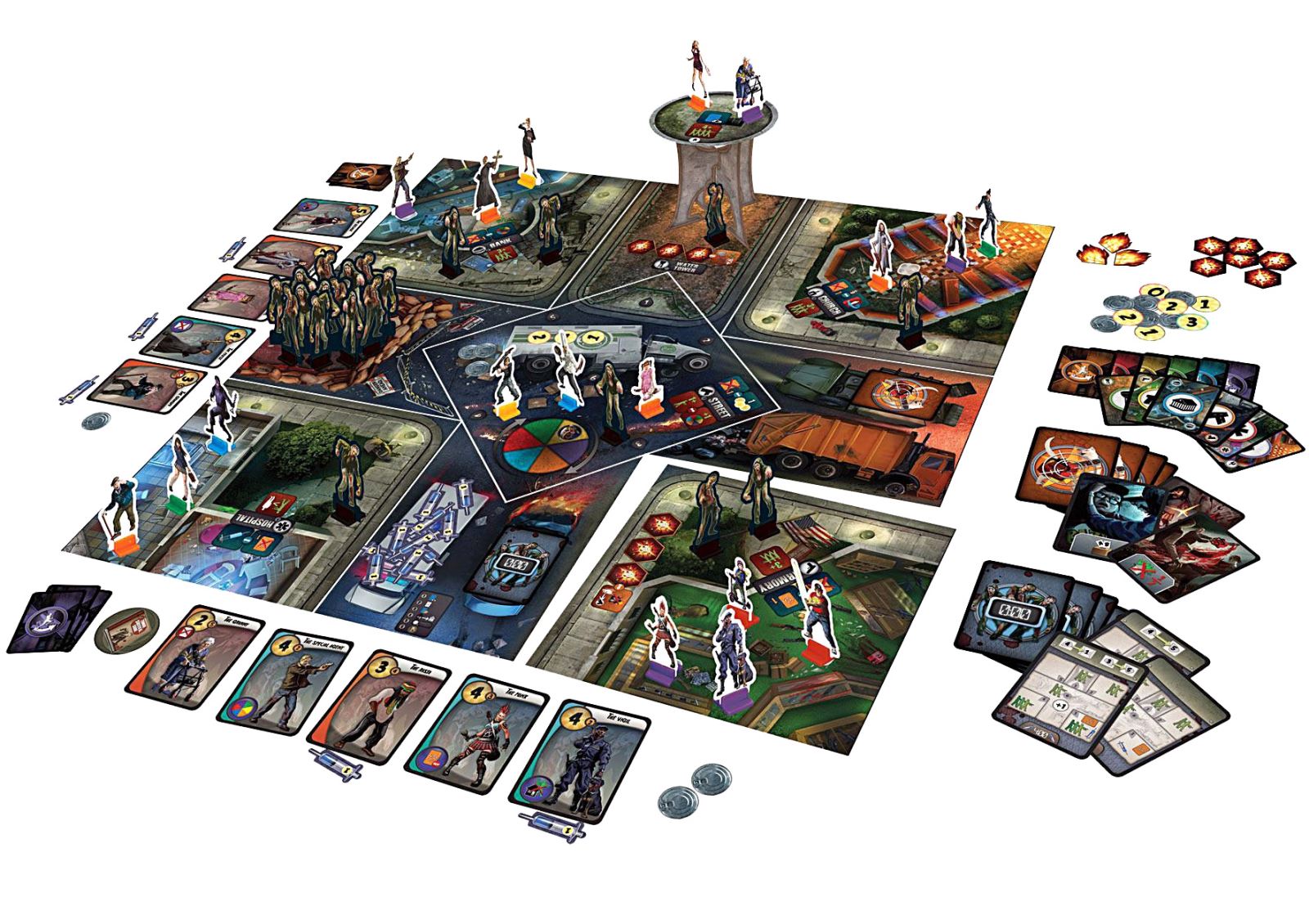 Another zombie game that puts the focus on the conflict between the living, this remake of Mall of Horror is full of backstabbing and negotiation. Players send their group of characters out into the world in search of items and weapons, but it’s the game’s voting system that’s most important. When the zombies attack a location, players must decide whom they chuck out to become chow for the undead, with the survivors scooping up the supplies – followed by another vote to decide who gets to keep them, of course. Trading resources to bribe players to let you survive is commonplace, and the chance to cut throats is overwhelming. With characters including a pregnant woman, priest and child, you’ll be left feeling guilty, though. Still, sometimes it takes hard decisions to survive.

Survival guide: Night of the Living Dead. (Watch your back.) 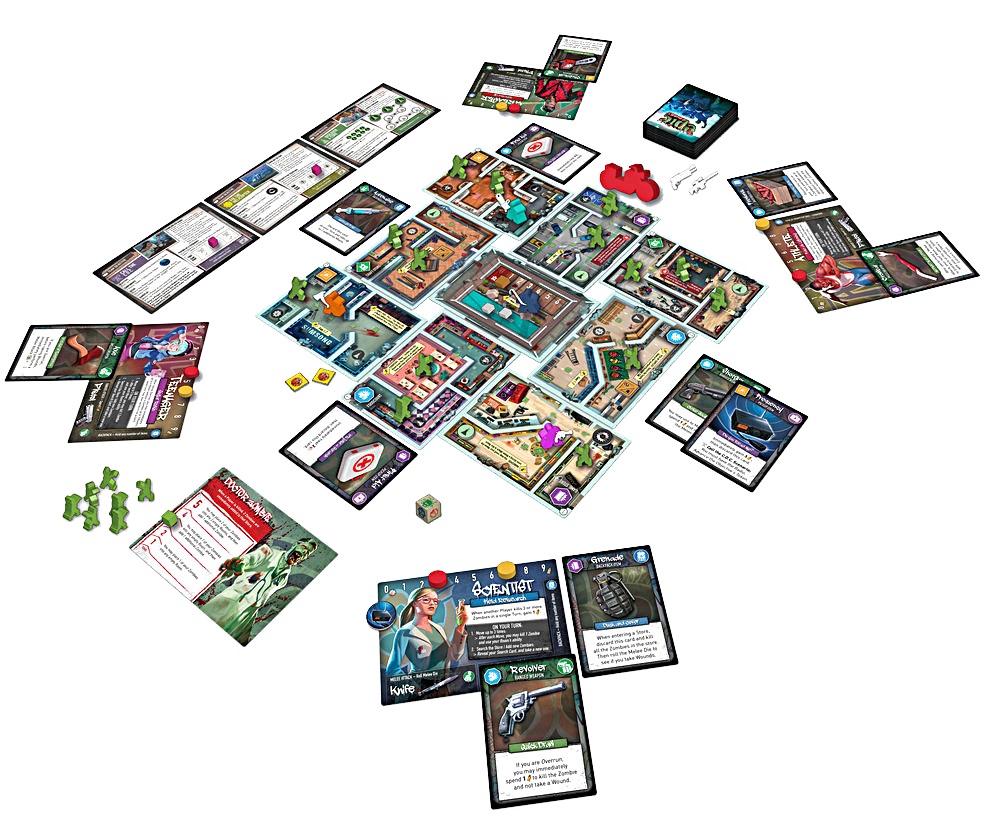 Refusing to shamble along at the leisurely pace of its reanimated stars, Tiny Epic Zombies packs five different game modes – including co-op and free-for-all – into just a half-hour. Players keep on their toes, picking up weapons and dispatching the undead as they race to complete objectives – but failing to manage the growing swarm can be deadly, and your characters can end up becoming undead themselves if you’re not careful. With a massive number of options but a short play time and easy rules to pick up, Tiny Epic Zombies certainly lives up to its name. 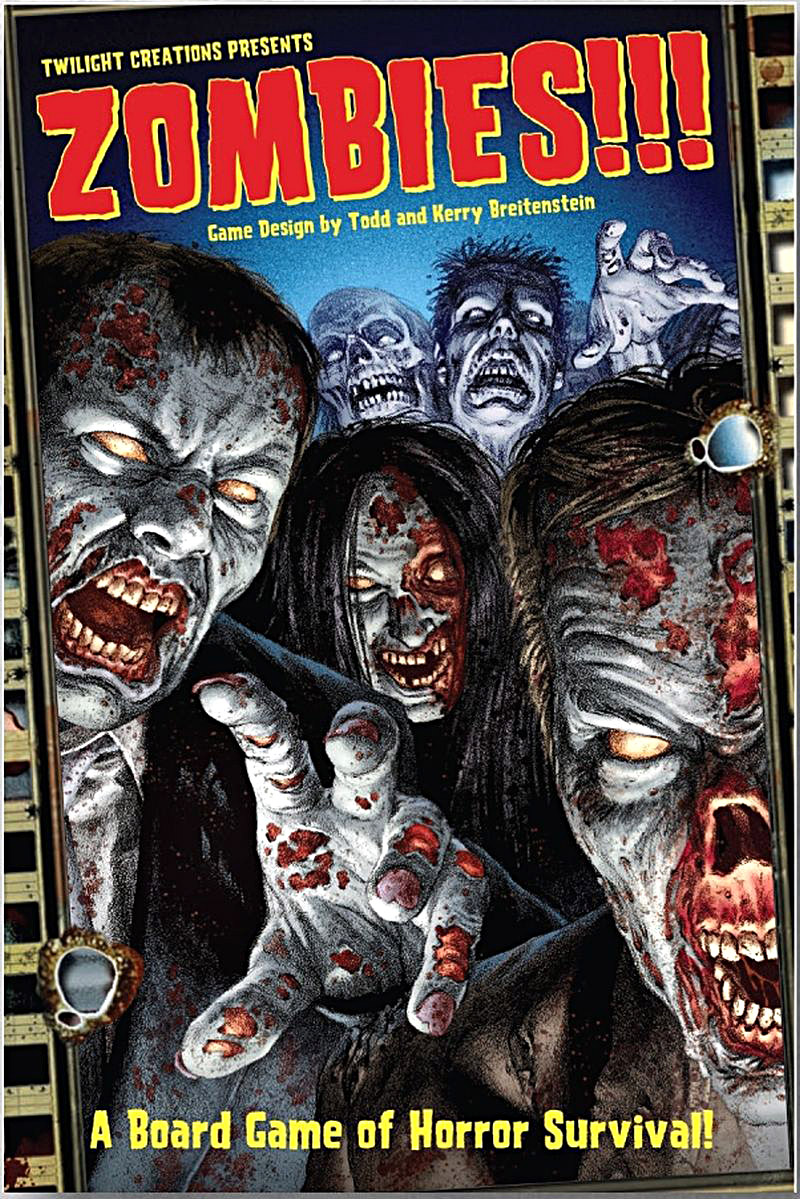 It’s time to dice with the dead! Players are survivors traversing city streets packed with zombies. The only way to make it through is to roll dice, trying to keep ahead of the slow but relentless crowd. Get caught and it’s more rolling to dispatch your attackers. The first person to escape via helicopter or clear the streets of 25 zombies wins, but you’ll have to restart if you’re killed. Zombies!!! is as enthusiastic about zombies as its three exclamation marks suggest, cramming in dozens of zombie miniatures. The series has had plenty of expansions and spin-offs since, including the reversed Humans!!!, where players ARE the zombies trying to eat the living.

Survival guide: Dawn of the Dead. (Get to the chopper!)

Buy your copy of Zombies!!! here. 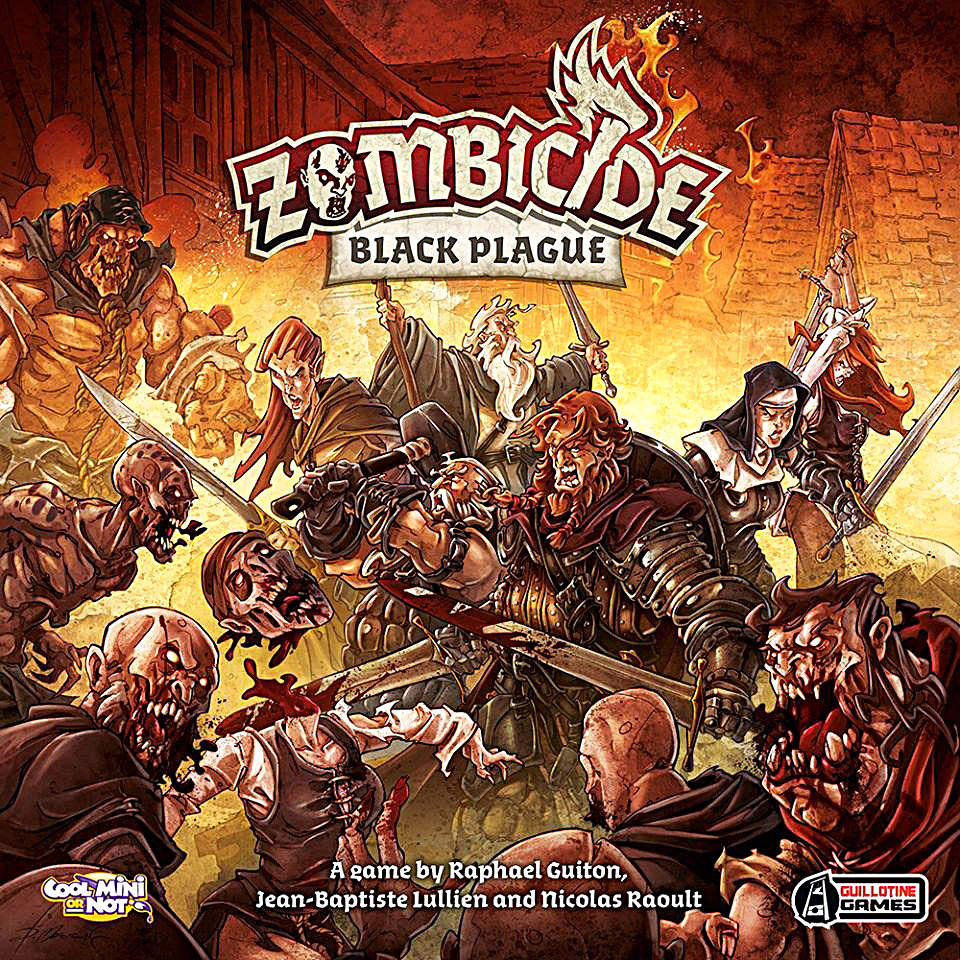 The Zombicide series has no shortage of ways to take out hordes of the undead, but we’d pick Black Plague as our favourite thanks to its gameplay improvements and mashup of zombies with a medieval fantasy setting. The co-op survivors this time are knights, magicians, dwarves and more, able to chop their way though with weapons or magic spells to ultimately defeat the necromancers responsible for the zombie uprising. 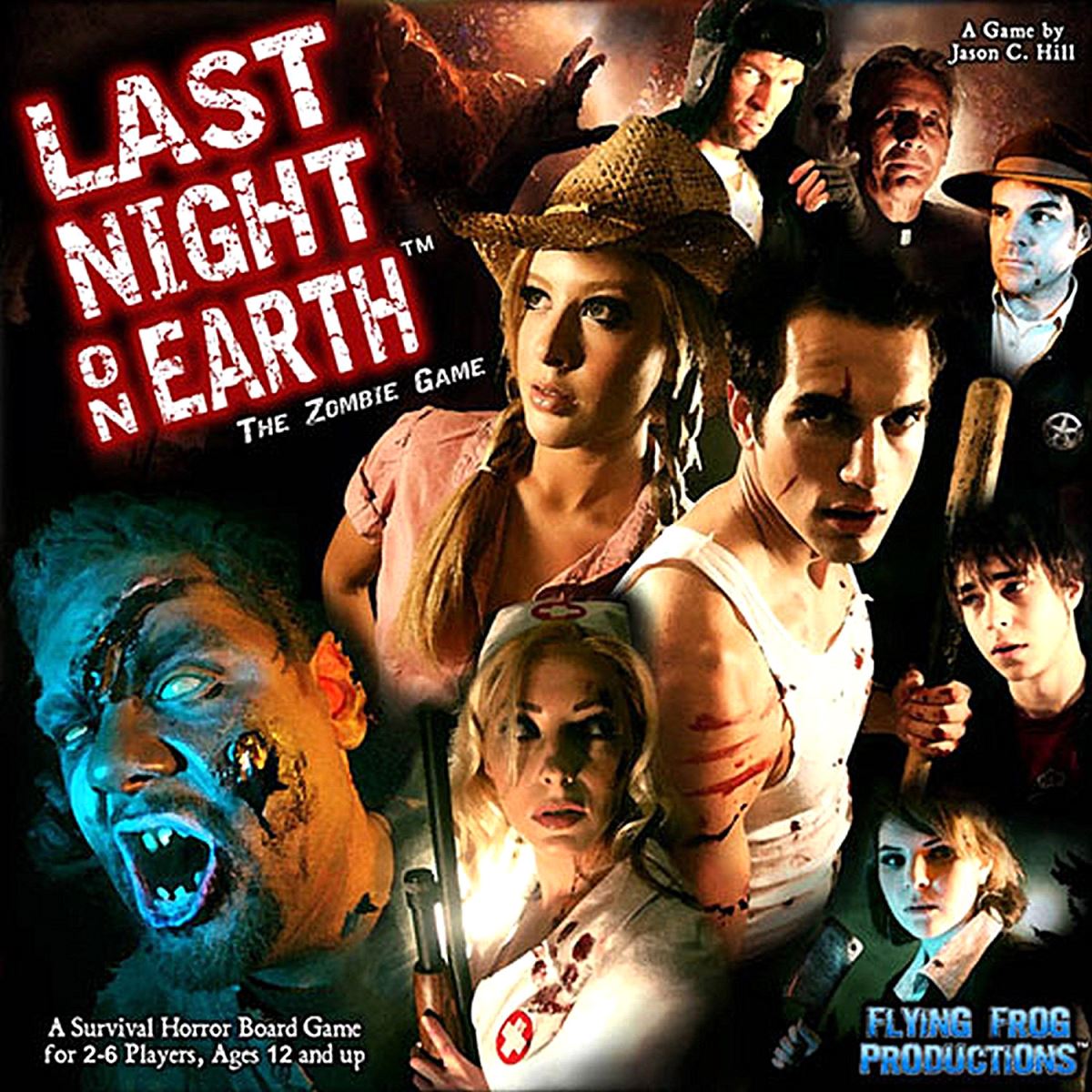 A B-movie-style romp through a world filled with the undead, Last Night on Earth leans into its cinematic theme with artwork starring real-life actors and a CD soundtrack of music to really make you feel like you’re inside a zombie movie. The small-town heroes are controlled by one team, the zombies another, and the modular board can be used for a variety of different scenarios. The best version to pick up is the 10 Year Anniversary Edition, which includes improvements from the original’s expansion and other updates.

Buy your copy of Last Night on Earth: The Zombie Game here. 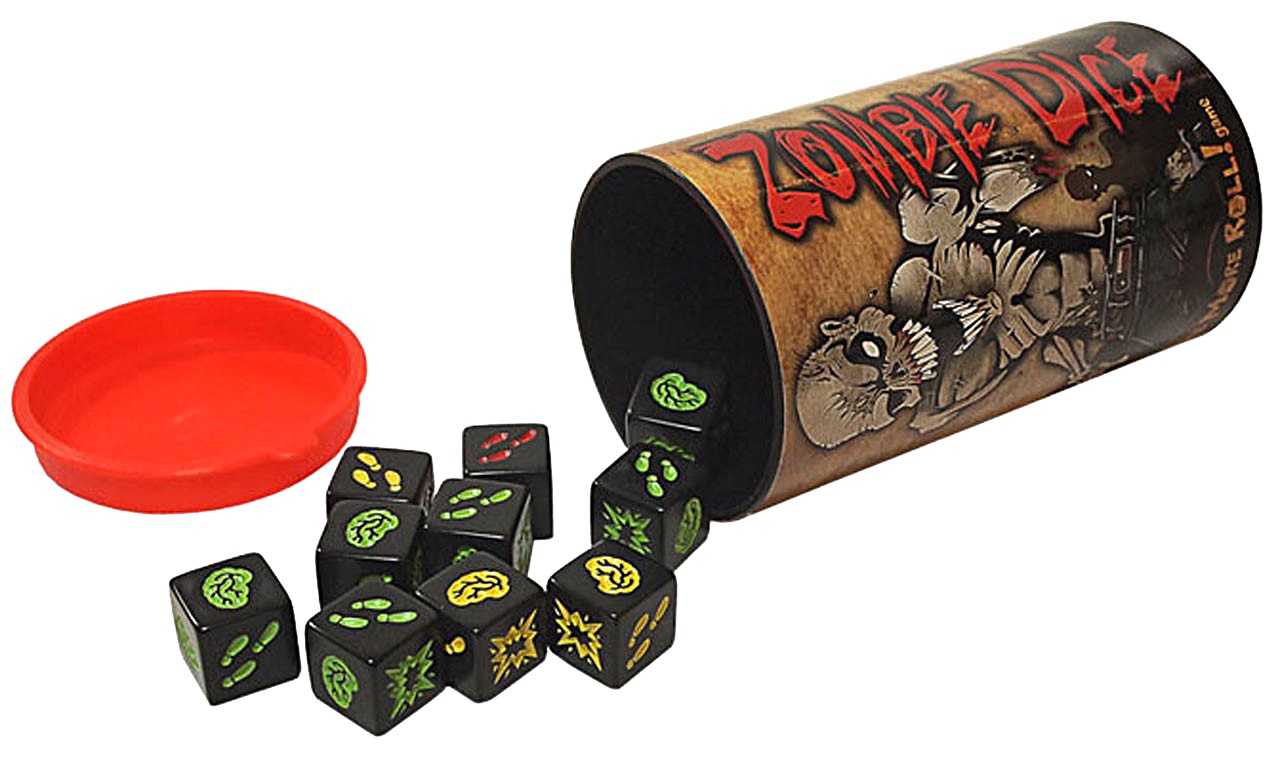 This time, you’re the zombie! Life as one of the walking dead isn’t easy. First off, you’re constantly hungering for more brains to eat. Secondly, those pesky humans you’re trying to eat keep trying to kill you (again) with shotgun blasts. Roll the dice and push your luck to keep collecting grey matter to munch, while avoiding the three shotgun blasts that will lose you everything you’ve collected that round. The first person to hit the spooky number of 13 wins – it’ll take luck and risk-taking to get there!

Survival guide: Warm Bodies. (A view from the other side.)

A sandbox for telling stories of survival in a zombie-filled post-apocalyptic wasteland, Zpocalypse puts players in charge of a squad of survivors that must venture outside of their fallout shelter to discover locations and gather food, weapons and more to fight off the undead and build up their bases with walls and barbed wire to survive just one more day. Players earn points for killing zombies, building defences and completing objectives, making it an open-ended competition of survival. Its sequel, Defend the Burbs, offers up a slightly different style of game with a tower defence-style battle against the encroaching zombie horde.

Survival guide: I Am Legend. (Survival in the dead, dread wastes.)

9.The Walking Dead: All Out War 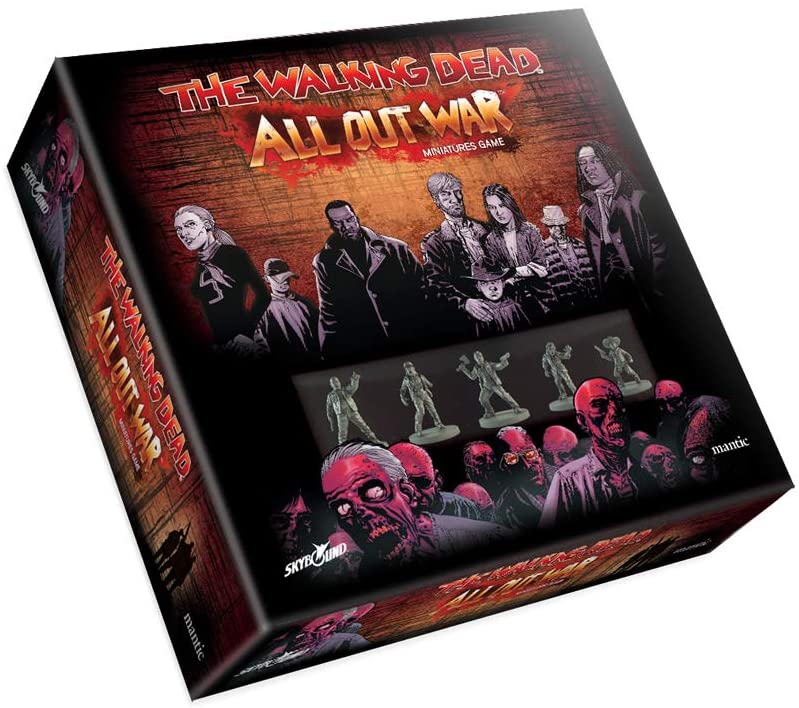 When it comes to zombie universes, there’s little bigger than comic-turned-TV show The Walking Dead. As popular as a rotting corpse with flies, The Walking Dead has seen plenty of tabletop adaptations since it first stumbled out of that locked barn, but among the best is miniatures game All Out War, which captures both the struggle to survive in a world turned upside-down and the danger of the last few humans left alive. With loads of characters from the original comic books mixed in with a solid core of skirmish battles – not to mention the zombs, who will come running at the first sign of a free meal – All Out War is both an outstanding Walking Dead game and a great miniatures game, full stop.

Buy your copy of the Walking Dead: All Out War here. 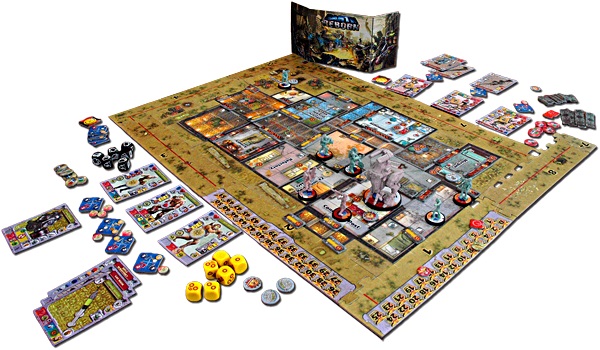 Set hundreds of years in the future, Earth Reborn takes the zombie apocalypse to the nuclear post-apocalypse. Two rival factions are battling to control what remains of the Earth, but one of them – the Salemites – have decided to bolster their forces with the reanimated corpses of the dead. The militaristic and science-orientated forces of NORAD must deal with the undead threat across different scenarios, with the game able to generate a huge variety of missions outside of the tutorial-like set of nine included. It’s immersive, silly in all the right ways and buckets of fun.

This article was featured in the June 2018 issue of Tabletop Gaming. Pick up the latest issue of the UK's fastest-growing gaming magazine in print or digital here – or subscribe to make sure you never miss another issue.