TTG'S Top 10: GAMES BASED ON BOOKS 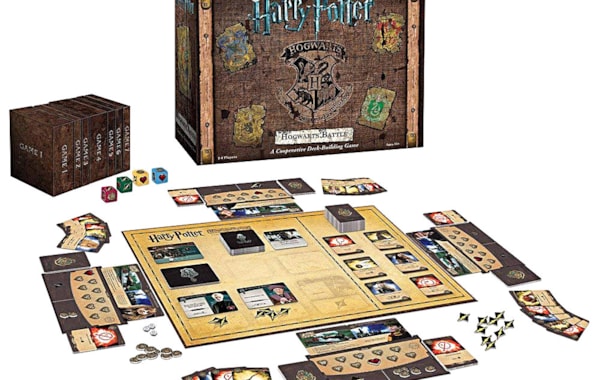 Read up on the top book-based games

Paper and cardboard make the perfect pair: pore over our favourite games inspired or even directly taken from the pages of literary classics from Lord of the Rings to Robinson Crusoe. 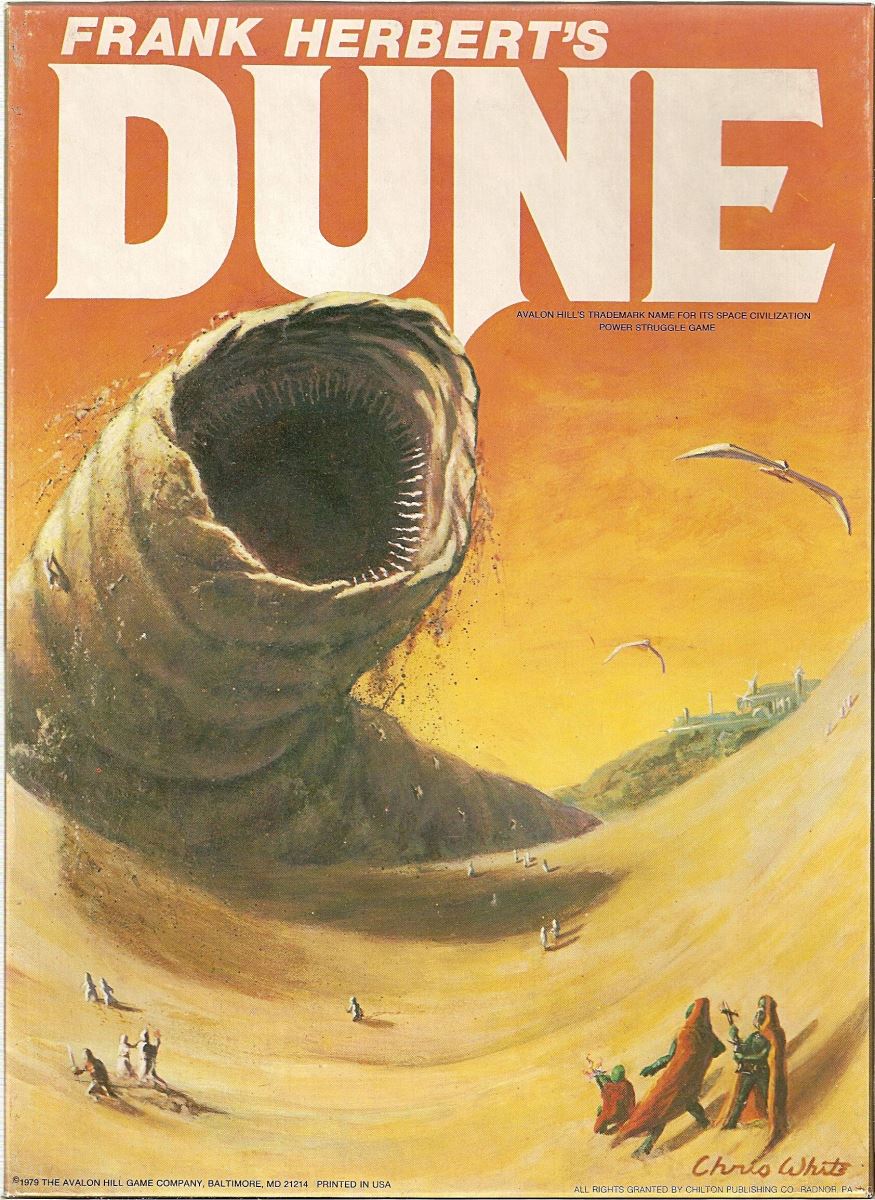 Created by the legendary designers of Cosmic Encounter, this game of diplomacy and treachery based on the sci-fi saga is an intensely strategic and asymmetric experience that brilliantly captures a book that has otherwise avoided successful adaptation. (Looking at you, David Lynch.) After 35 years out of print, turning it into one of the tabletop’s rarest treasures, Dune is finally due for a new edition alongside the upcoming cinematic reboot, giving more people the chance to play it. If you can’t wait that long, Rex: Final Days of an Empire is a similar but lesser reimplementation of Dune set in the Twilight Imperium universe.

2.Game of Thrones: The Board Game

George R.R. Martin’s A Song of Ice & Fire novels feature no shortage of betrayal, bloodshed and brutality. This board game set in the land of Westeros puts the allegiances and treachery of the warring houses at its centre, inviting players to take control of the Iron Throne using military might, careful management of their resources and the volatile support of their fellow players. A fleshed-out modern successor to ruthless classic Diplomacy, Game of Thrones is the perfect way to eat up those hours spent waiting for Martin’s next novel – and ensure you won’t have any friendship commitments distracting you from reading it when it arrives. For a shorter, non-Thrones clash of bluff and negotiation that’s no less savage, try Battle for Rokugan.

3.War of the Ring 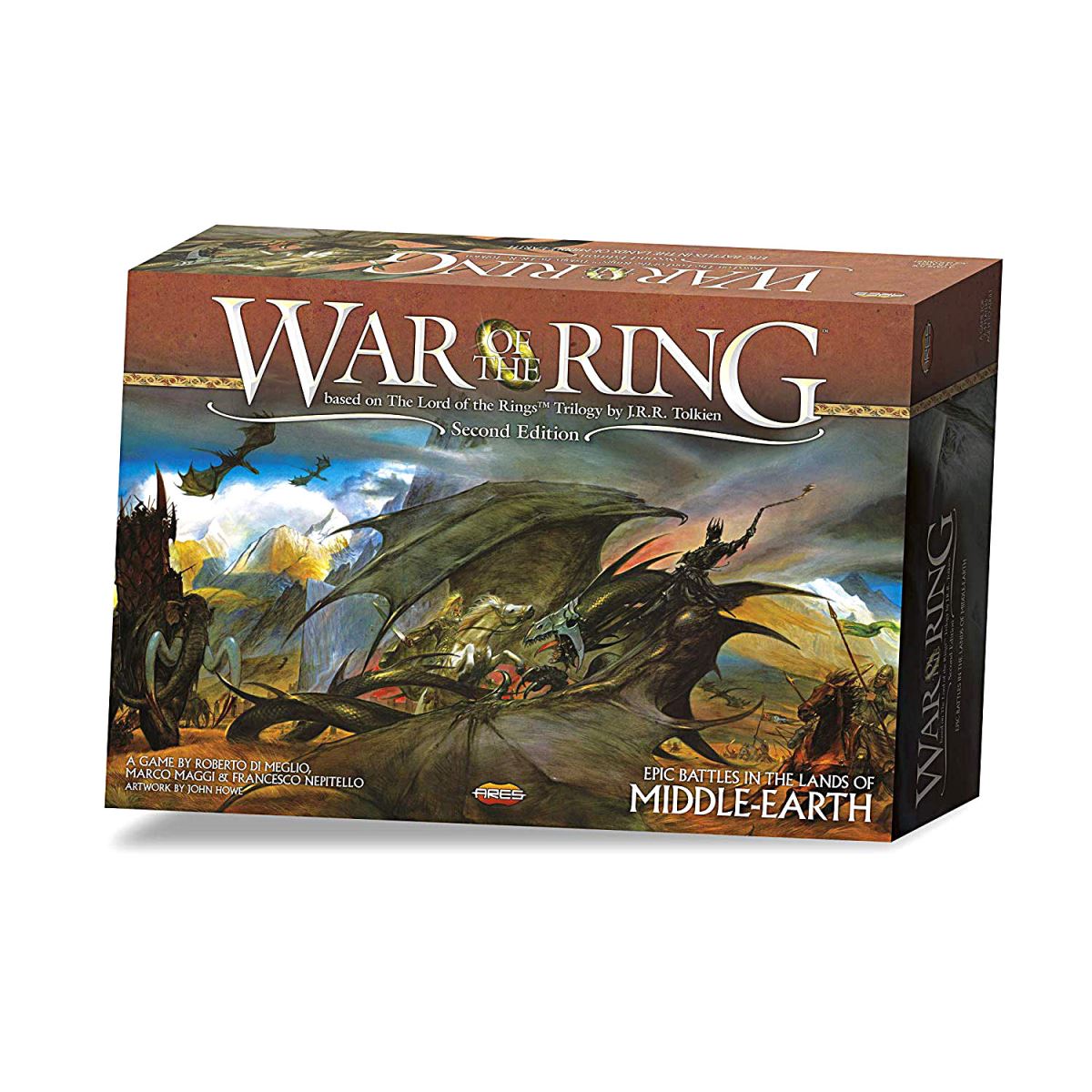 An epic befitting an epic, this sprawling adaptation of The Lord of the Rings ­– not just one book, but J.R.R. Tolkien’s entire trilogy – is a beast as formidable as the Balrog that sucks you into the political machinations and strategic tension of Middle-earth as the Fellowship make their way to Mount Doom. One player takes control of Frodo and his companions, as well as the armies of the Free Peoples, while the other is Sauron and the evil Shadow forces trying to overthrow the world. As you’d expect from such a sprawling and complex scope, playthroughs can last for hours – the awe-inspiring gameplay makes every second worth it. 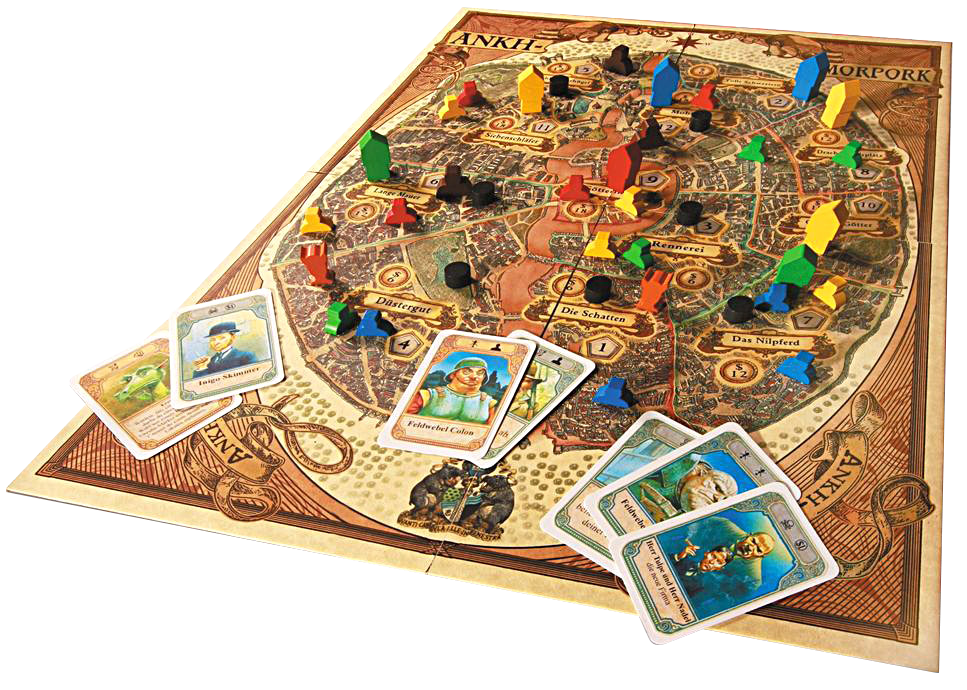 Set in Terry Pratchett’s inimitable comic fantasy world, Martin Wallace’s game sees players struggle for control of the titular city-state. Each player has a secret way of winning and can summon minions and construct buildings by playing each of the game’s totally unique cards, occasionally chaining together actions to build up their presence on the board. Pratchett’s Discworld inhabitants appear on the cards, letting the late author’s gift for invention and character seep through the game. Ankh-Morpork’s gameplay has been recently reimagined in the setting of Victorian London as Nanty Narking, which has its own literary connections in the deep-rooted influence of Charles Dickens and Arthur Conan Doyle. 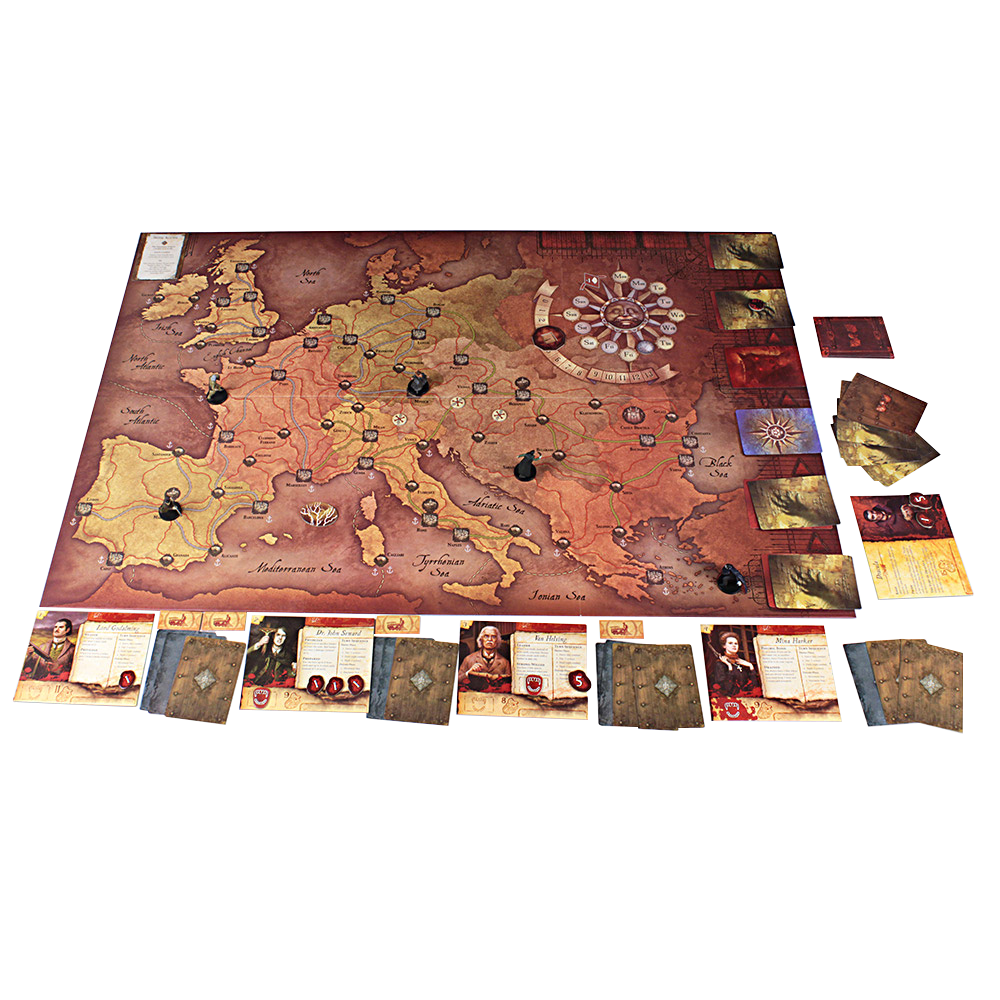 Framed as a sequel to Bram Stoker’s landmark horror book, Stephen Hand’s hidden movement game puts players in the boots of Van Helsing and his fellow vampire hunters as they chase the bloodsucking Count – controlled by one of the group – across Europe. The hunters must move by land, sea or train only during the day to avoid being ambushed by the denizens of the night, but Dracula can lay traps for his human pursuers as he works to spread evil across the land. A classic since it was first published by Warhammer maker Games Workshop in the late 1980s, Fury of Dracula’s reputation as a hard-to-find gem has recently been relieved by a new fourth edition. 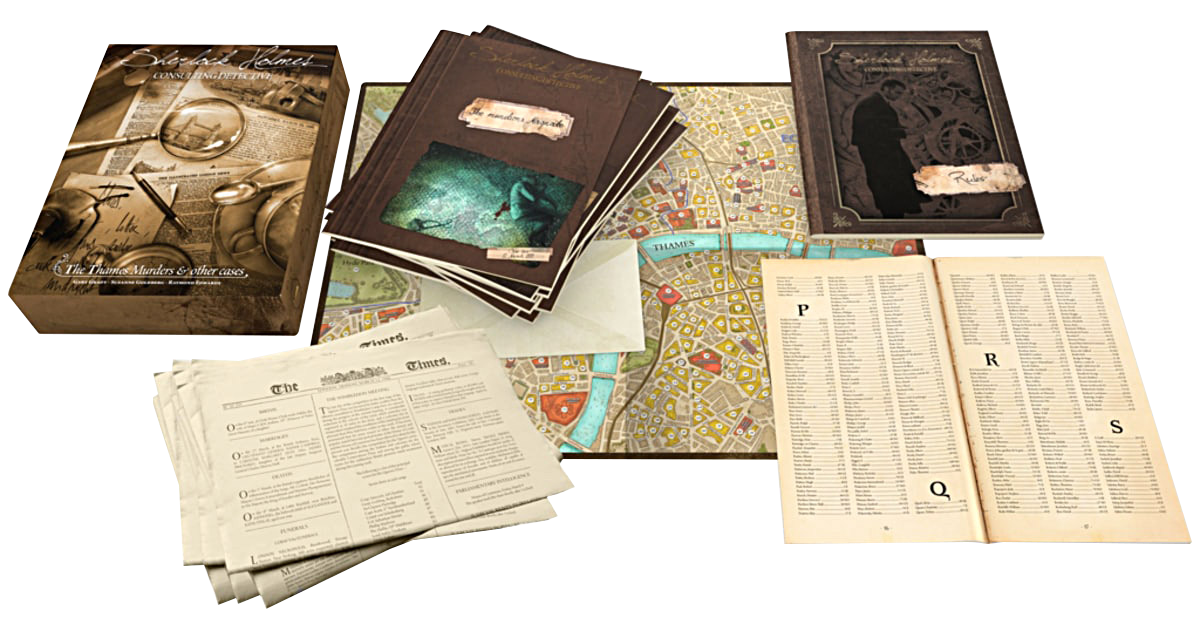 See if you can match up to the mystery-solving genius of the world’s greatest detective in this brain-scratching series of whodunits that’s become a classic in its own right. Consulting Detective lets players piece together their own thriller story by reading paragraphs of dialogue and narrative from a book, using the included map and newspapers of 19th-century London to track down, interview and eliminate suspects and ultimately point the finger. The dense text, multiple branching paths and ample red herrings and dead ends means identifying clues is completely up to you – making the satisfaction of cracking a case that much greater. The original Consulting Detective and its expansions have been republished as several separate sets of scenarios in recent years, including a campaign based on the real case of Jack the Ripper. 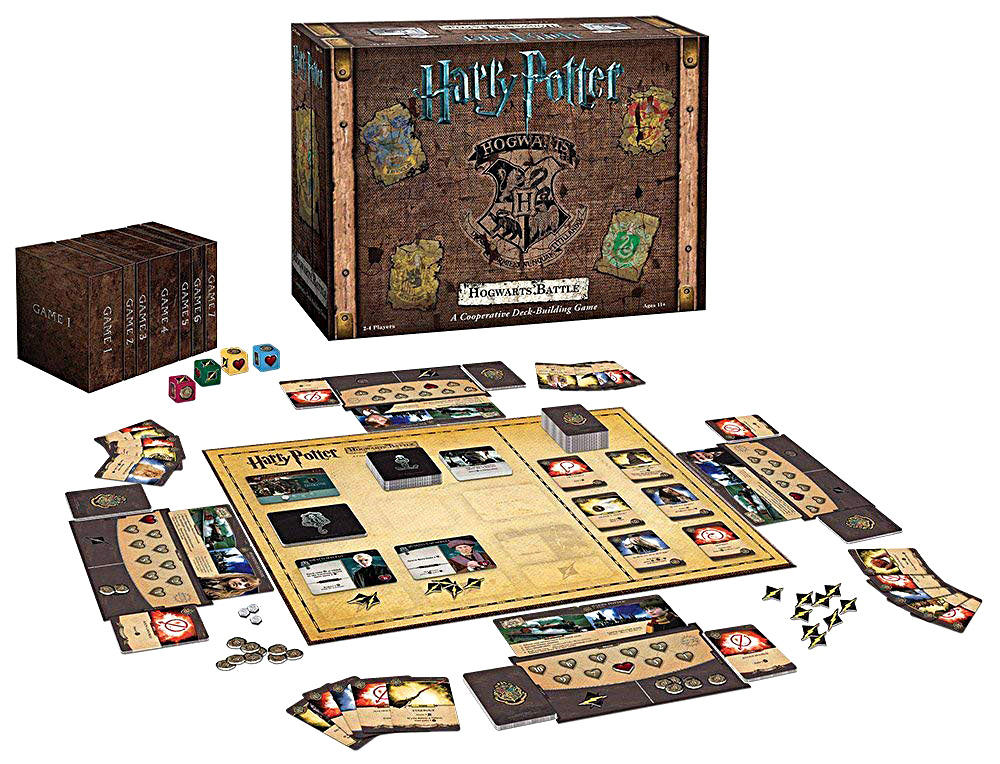 The wizarding world has become home to dozens of games, but few have the pure magic of this deckbuilder. Loosely following the plot of JK Rowling’s seven books with a series of unlockable packages that add new cards and gameplay features to the game, Hogwarts Battle pits players’ spellcasters in a magical duel against the followers of Lord Voldemort. They start with weak wands and just a handful of gold galleons, building up their allies, items and spellbook with the cards needed to dish out damage to the baddies. Both a comfortable introduction to deckbuilders for newcomers and a great game in its own right, Expecto to have a spellbinding time. 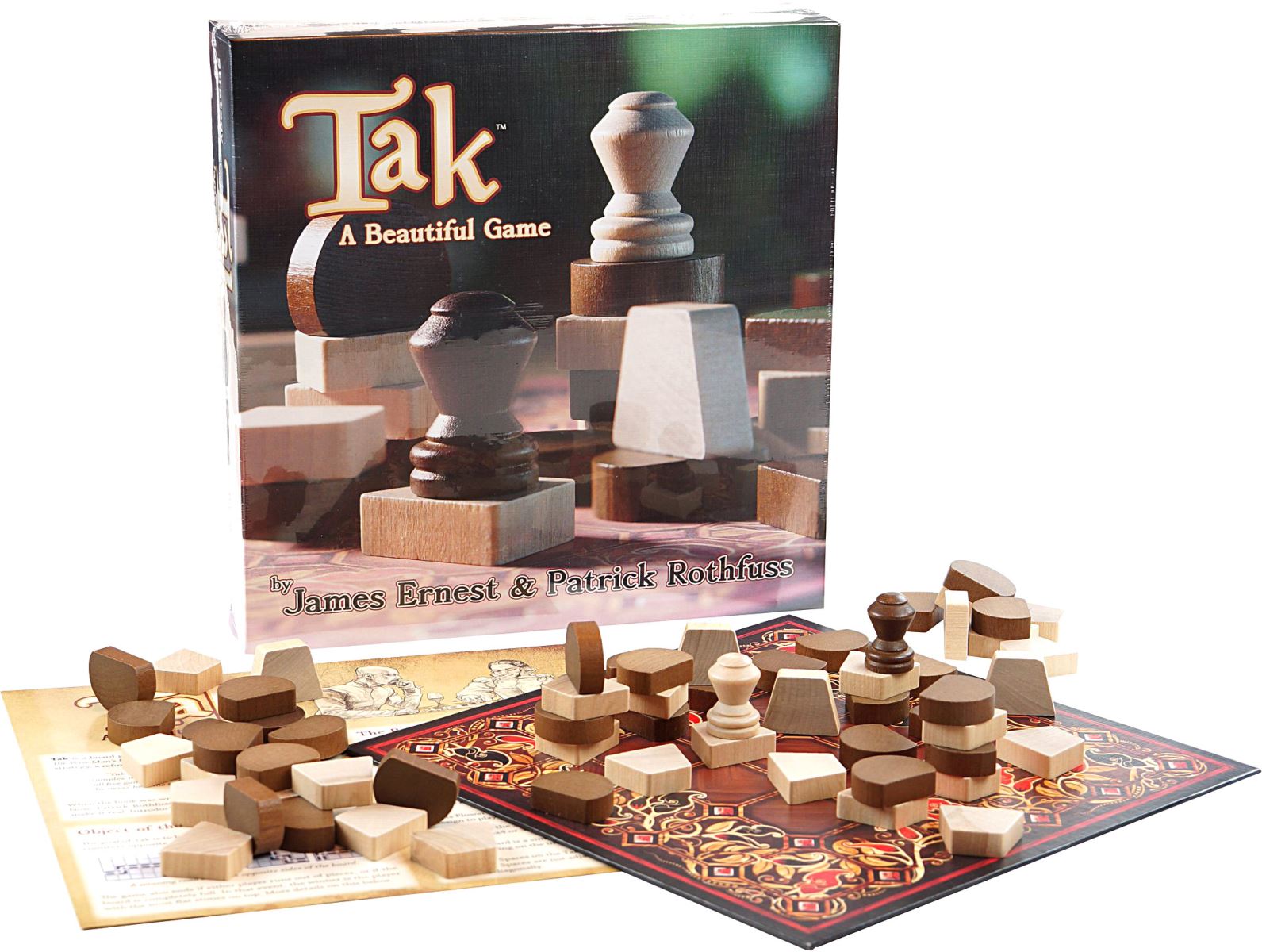 Tak is the game that didn’t exist… until it did. First mentioned in fantasy novel The Wise Man’s Fear from Patrick Rothfuss’ Kingkiller Chronicle series, Tak was turned into a real game by designer James Ernest, who based the abstract strategy gameplay on Rothfuss’ description. Whether you’re familiar with the books or not, Tak is a straightforward but deep two-player experience with roots in traditional games such as chess and draughts. Each player tries to connect two sides of the board by placing ‘stones’ in their road, blocking their opponent with ‘walls’ and moving stacks of stones around. Its tagline has it right: it’s “a beautiful game”. 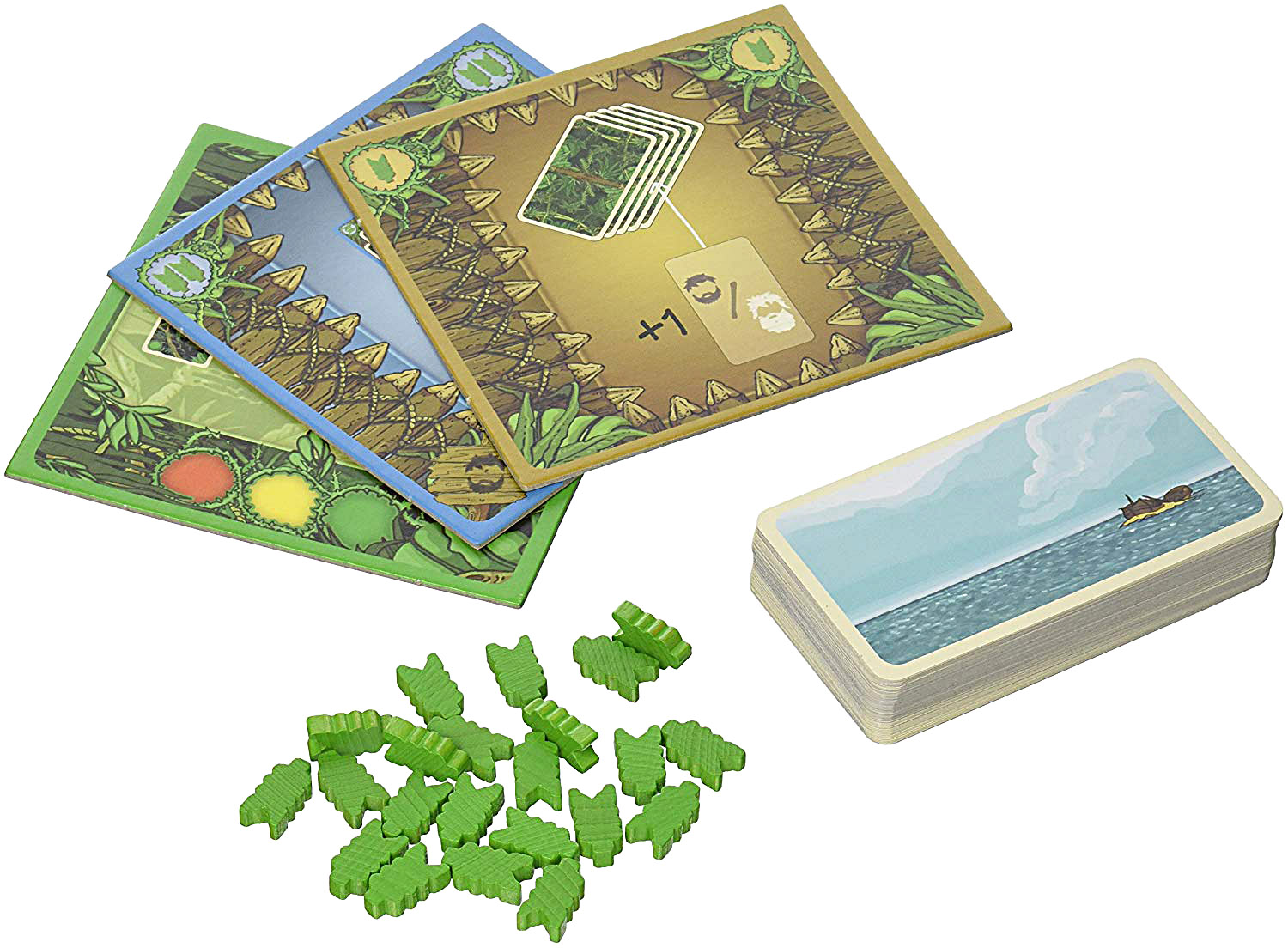 Inspired by Robinson Crusoe’s famous companion, Friedemann Friese’s deckbuilder is a fully solo game, giving its single player the experience of surviving alone on a tropical island. Along the way, they’ll have to fight off pirates and deal with various other hazards to help Robinson stay alive. As the castaway gradually refines his skills by removing cards from the deck, he’ll ultimately have to face off against the pirate ships causing him grief. For a grander multiplayer take on the survival aspects of Daniel Defoe’s seminal book, try the endurance-against-the-elements challenge of Robinson Crusoe: Adventures on the Cursed Island. 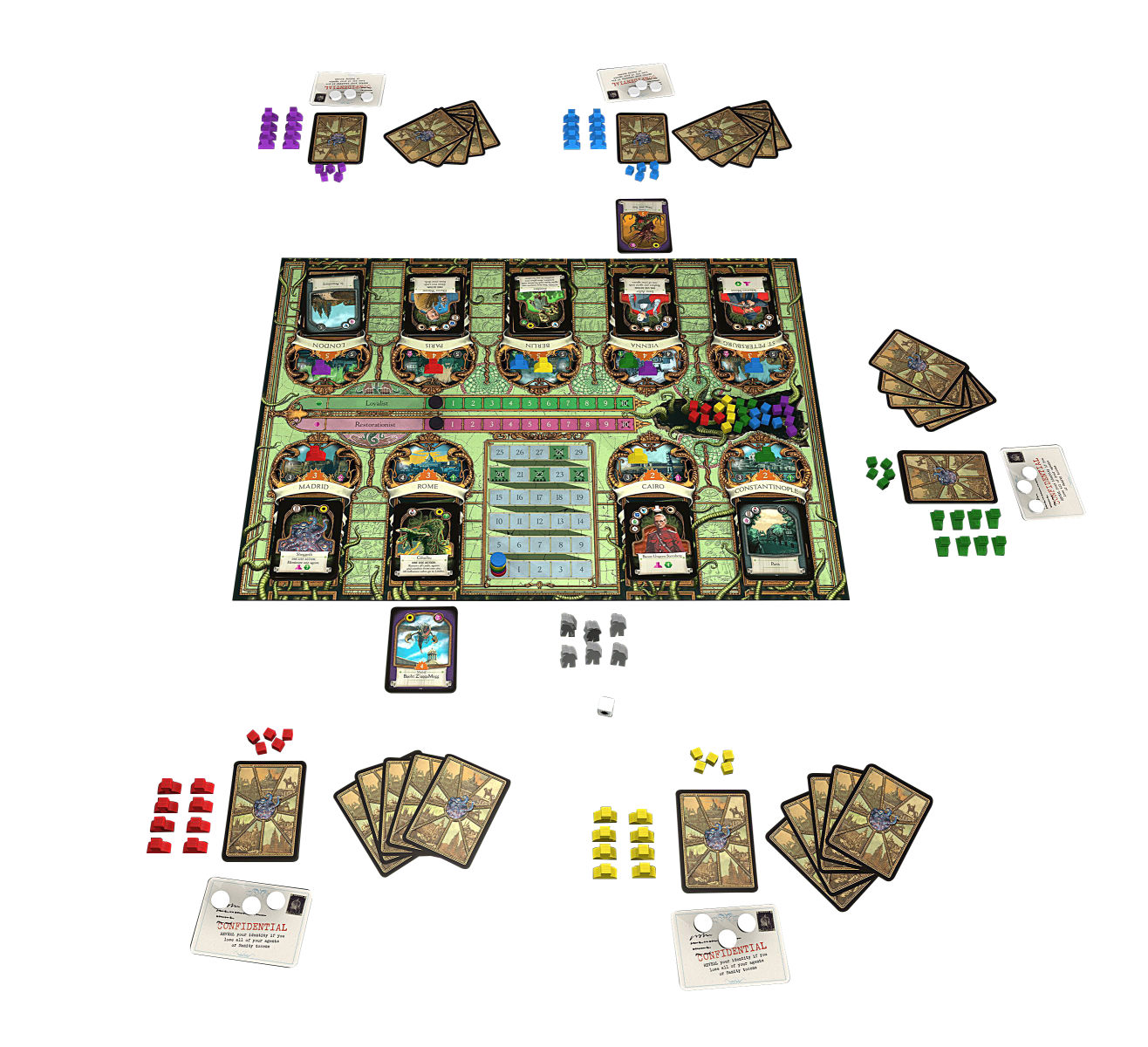 Neil Gaiman’s short story tribute to H.P. Lovecraft and Sherlock Holmes comes alive in this shadowy battle between cosmic horror and humanity. In a Victorian London ruled by monstrous Old Ones for hundreds of years, an underground movement of human rebels is rising up against their terrifying overlords – but there are those among them who secretly pledge loyalty to the otherworldly beings. Splicing together deception, area control of the city and deckbuilding together as masterfully as Gaiman blends real-life history, Lovecraft and Holmes in his story, the game showcases some of the very best that gaming and literature have to offer.