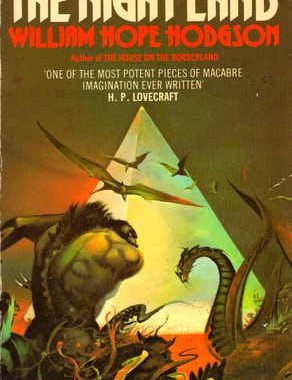 Fantasy provides wargaming with ready-made tools with which to do battle, with swords, magic, good guys and bad guys, and of course grudge-bearing dwarves! Yet fantasy is a far wider and far weirder genre than many give it credit for. To fuel your imagination, we’ve strayed beyond the well-trodden path laid down by Tolkien’s influence to present three hidden gems all fantasy wargamers should read.

No.3 The Gormenghast Trilogy, Mervyn Peak

The Gormenghast series began in 1946 with Titus Groan, followed by Gormenghast in 1950 and Titus Alone in 1959. Although the first two entries contained no overtly fantastical elements, the Gormenghast Trilogy is largely recognised to be a fantasy novel because of its mood and pseudo-medieval setting. The series follows the titular Titus Groan, heir to the throne of the House of Groan, who reside in the sprawling, decaying Castle Gormenghast. For those who like an element of the gothic in their wargaming, Gormenghast is a must-read. A fun fact is that it was also an inspiration for famed wargaming artist Paul Bonner.

Probably the most obscure novel on this list, The Night Land was first published over a century ago in 1912. Written before Tolkien's influence would define the countours of the fantasy genre, the book has been variously classified as a horror novel, a work of science fiction, a fantasy novel and a piece of weird fiction. Set millennia in the future, The Night Land presents a surreal, nightmare vision of our world where the sun has finally died and the only remaining light and warmth comes from the fading glow of Earth’s magma core. Humanity resides in The Last Redoubt, a gigantic, eight-mile high metal pyramid, powered by an energy source known as the Earth Current.

In the darkness, strange outside powers have crept into the world, infesting the world with monsters and strange phenomena. Titanic, mountain-sized creatures known as The Watchers surround The Last Redoubt, waiting patiently across the millennia for the Earth Current to die, when they can finally swoop in and claim the last humans. The story follows a nameless protagonist, a 17thcentury gentlemen who, mourning the death of his lover, is given a vision of this world where their souls will be reunited.

There’s a good reason why this book is as obscure as it is. The framing device of a future vision is virtually inconsequential, and the text – meant to imitate 17thcentury language  – is verbose in the extreme. There’s also no dialogue or pacing to speak of  – the author simply describes events one after the other. Nevertheless, if you want an example of some of the outré fantasy that existed in the genre’s infancy, The Night Land is about as strange as it gets. And make no mistake, despite the futuristic setting, The Night Land is a very much identifiably a fantasy novel. The main character is essentially a chivalric knight rescuing a fair maiden, wielding a bladed weapon known as a diskos rather than modern firearms (the justification being that the noise of guns would only attract the attentions of worse denizens from the darkness). Like much of Hodgson’s work, whilst the prose is horribly turgid, The Night Lands is still worth sparing a glance at for the ideas and imagery (read: modeling and skirmish game opportunities!) it presents, including giant slugs, four-armed yellow vampires and the Doorways in the Night, sentient portals that drag victims to some nether hell.

No. 1 The Elric Saga, Michael Moorcock

Likely to be the most well-known entry in this list, the Elric Saga is the umbrella name given to a series of novellas and short stories written by British author Michael Moorcock. First published in 1961 with the short story The Dreaming City in Science Fantasy #47, this and subsequent stories followed the titular Elric of Melnibone, an albino sorcerer-warrior wielding a demonic sword known as Stormbringer. Many fans were drawn to the series because of Elric himself, whose morally grey and often downright terrible actions made him one of the fantasy genre’s most notable antiheroes. What makes it so pertinent for wargamers, however, is the theology the lore establishes. The novels feature two principal pantheons, the Gods of Chaos and the Gods of Order. These two primal forces exist throughout the multiverse, the one representing change and flux, the other permanence and regularity.

It’s no secret that a great deal of the lore for Warhammer was heavily inspired by Moorcock’s writings, specifically with the Gods of Chaos. Whilst the Big Four – Nurgle, Slaanesh, Tzeentch and Khorne – don’t have direct analogues in Moorcock’s work, the game directly replicates the eight-pointed star that was the symbol of Chaos. Written against the background of the Cold War and fears of nuclear radiation, Chaos was depicted in the Elric saga as having the power to change and warp everything it touched, just like the mutating effects it has in the tabletop game.