Three things I learnt setting up a gaming club 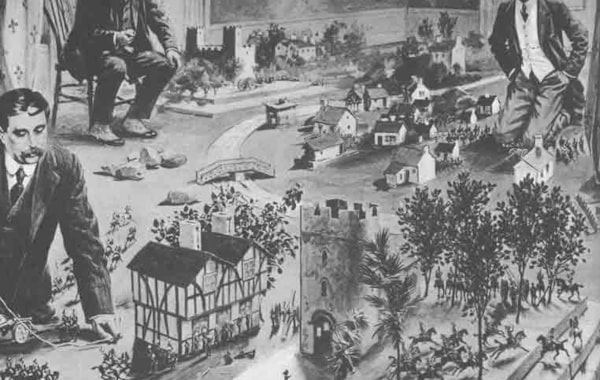 The first rule about our gaming club is…

What ho, folks – it’s your Miniatures Editor James here. When I moved up to join the Tabletop Gaming/ Miniature Wargames team in their offices in Bourne one of the first things I wanted to do was set up a local gaming club. After a bit of trial and error the Bourne Gaming Club was set up, and below I’ve shared three tips of varying usefulness that I picked up when trying to get it off the ground. But before that, I’ve also put down three reasons as to why gaming clubs are a good idea in the first place. So, in no particular order;

1. It lets you play all those games you wouldn't otherwise get a chance to.

One of the unspoken challenges of physical games – boardgames but especially wargames – is that finding other people to play against is often a challenge, hence the rise of solo games, or games with a solo play mode. Gaming clubs are a great way of easily finding enough people in one place willing to play that super-obscure military strategy game you try to bring up every time you converse with other human beings. The same works for the other members there as well, of course, so you’ll likely get to expand your repertoire of games substantially as people bring stuff they’ve been itching to play.

Like many people (I suspect), I harbour a vague, nagging guilt about not socialising as much as I ought to, as well as an accompanying bafflement about where to begin to do something about it. As one who’s tried using meetup.com (more on that later) to find events to go to, I’ve quickly come to the realisation that social events with no mediating elements are about as enjoyable as sticking your hand wrist-deep in a bowl of cold rice pudding. Going to an event where the aim is simply to socialise just feels forced, and more often than not you’ll end up getting stuck in polite conversation with someone you have no interest in developing a friendship with beyond that initial meeting. With a gaming club, not only do you know that you have at least one thing in common with the people you meet, but games also provide excellent ice-breakers and talking points.

If you’re a wargamer there’s going to be times when the prospect of picking up the paintbrush is not only going to look like a chore, but a downright pain in the ass. A gaming club with other wargamers provides great motivation to finally get that regiment of orcs done and on the table. Not only can you bask in the appreciative ‘oohs’ and ‘ahs’ of your fellow miniature painters, but you can set up a workflow for tackling your lead pile to certain deadlines. Needing a foul spawn of hell with which to put on the tabletop for this or that homebrew scenario in two weeks provides a massive boost to pushing through and getting a demon miniature you’ve had on the shelf for ages painted. 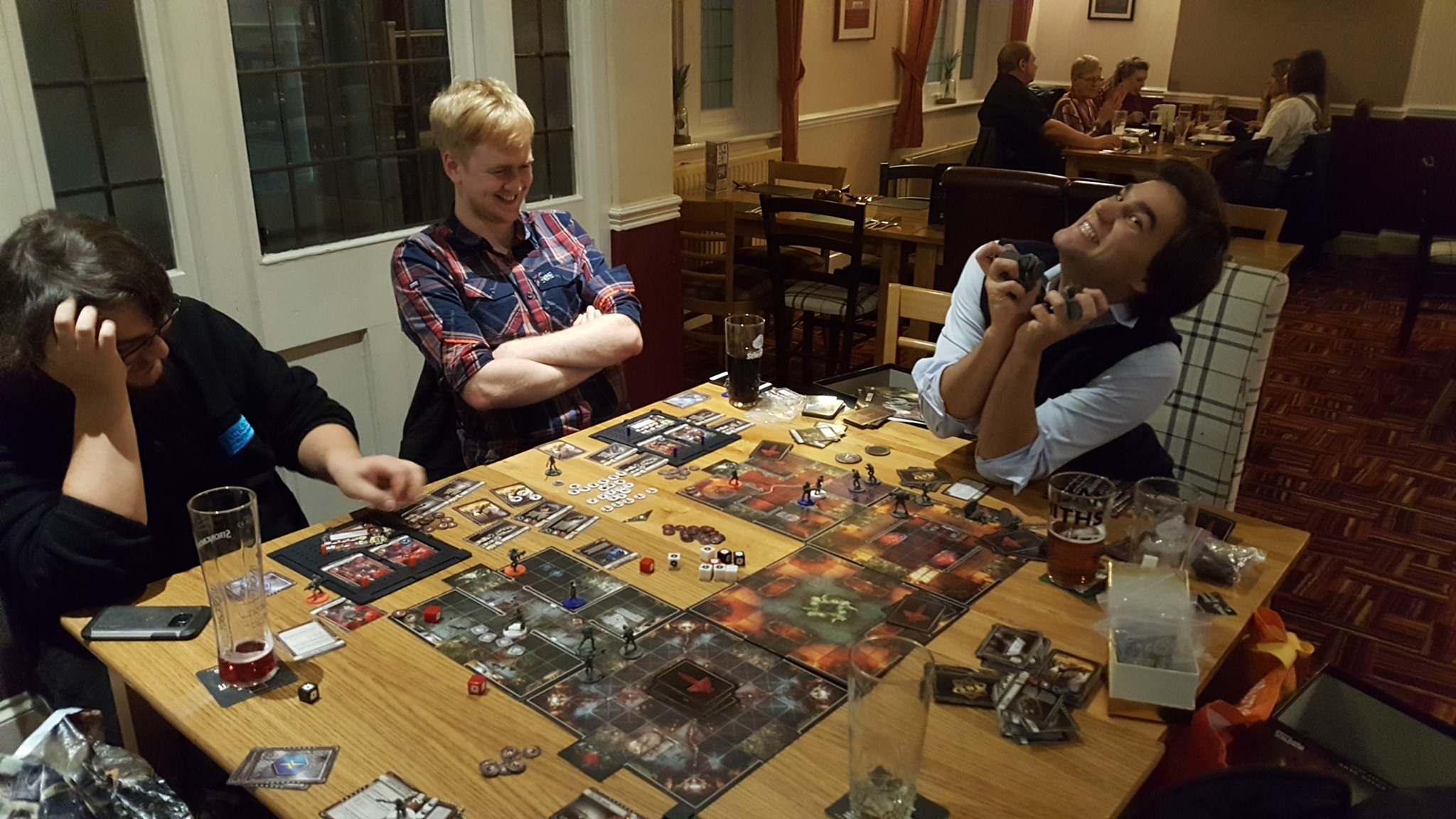 James the Miniatures Editor being a very silly boy at the local gaming club. The game is Modiphius' kickstarted game Mutant Chronicles: Siege of the Citadel.

Hopefully these reasons will have convinced you to see the light and set up a gaming club, or at very least go and join one near you if you already haven’t done so. But now that you’re going to get out and set up the next big cultural movement of your local area, how do you go about doing it? Well, here’s three things to bear in mind;

This one may seem pretty obvious, but it isn’t just a matter of announcing that you want to run a gaming club on your social media page. A great place to start is by looking on Facebook to see whether your town/village/ local area has a dedicated page. For example, the best page I found to shout about the club was a group page called ‘Bourne RURAL Lincs, Lincolnshire ( Group )’, dedicated to the titular town and surrounding villages. With over 13,500 members it was a great way to gain nearby members, and most people who’ve joined the club subsequently heard about it through word of mouth from those original people. If you’re in London, you may also want to try sticking up a post on meetup.com. It’s exactly what it says on the tin – if you’re trying to start a group, or are interested in joining one, then meetup is a great place to look. It’s UI is more than a bit clunky at times (especially its search function), and there seems to be a strange abundance of tantric massage meetups of all things (hey, no judgement), but it’s still worth a look if you’re a resident of the Big Smoke.

2. Start with what you’ve got

When I first started trying to set up a gaming club, I wasted a fair few lunch hours trying to find a locale with enough space to hold a good half-dozen 4x6 wargaming tables, even before I had an accurate estimation of the numbers. As it turns out, I’d seriously overestimated how much space we needed. Despite the fact that our Facebook group has over 50 members, the actual club itself only comprises of about a dozen or so active participants. Apart from a few games of Kill Team and A Song of Blades and Heroes, most of the time we play boardgames rather than wargames, although this is something we’re slowly working towards. Rather than assuming what size your club is actually going to be, it’s better just to see how many people actually turn up and take it from there. As the club grows you can tackle issues of space as you go along, rather than trying to solve problems before they arise.

Like any endeavour, running a gaming club requires maintenance and upkeep. Make sure to meet regularly and often, at a time that’s convenient for as many members as possible. Make yourself a Facebook page, and keep it active with regular updates and photos. If you only meet occasionally and no-one’s talking, your dreams of a magnificent gaming club will whither on the vine in due time.

So there you have it – three (dubiously) helpful tips for getting the dice rolling. Whilst we’re here and speaking of photos, Miniature Wargames will soon have more of that coming along soon, so watch this space!