Ten of the Best: Games for Non Gamers Not quite a party game, not quite a gateway game, which are safe to bring to the table for the uninitiated?

This article originally appeared in issue 58 of Tabletop Gaming, and was written by Charlie Pettit. Pick up the latest issue of the UK's fastest-growing gaming magazine in print or digital here.

Shock horror, I know, but not everyone played board games past Cluedo and Monopoly in their childhood. For those ‘non gamers’ as we’ll call them here, there’s a small opportunity to show off what our hobby can offer, but the question really is how best to get them hooked. In this list we consider familiarity with concepts, ease of play, and delve into that murky area between a party game and a gateway game... 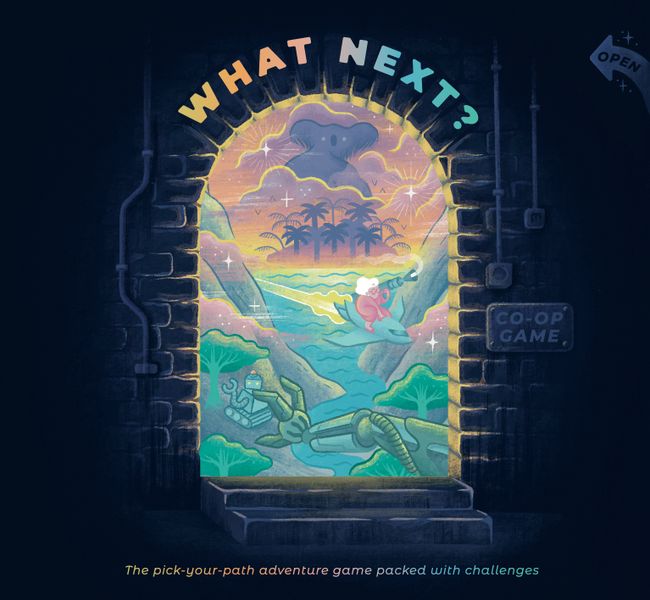 A new entry in the board game world, What Next? Is actually reviewed in issue, and is a card based choose your own path game – but with party game activities required. It has all the hallmarks of Big Potato’s humour, except now we have one of three campaigns to follow. For example, you might be a robot trying to escape the factory for a holiday – but watch out for the golden cat. The party games mean that you’ll be giggling at your fellow players, the readings of the cards will get steadily more dramatic, and the cooperative aspect means that losses are shared amongst the group to keep the peace. All in all, an easy way to get friends into a narrative, and almost a guarantee they’ll want to play something more.

You can read the Tabletop Gaming Magazine review of What Next by clicking here, or you can dive straight in and pick up your copy here! 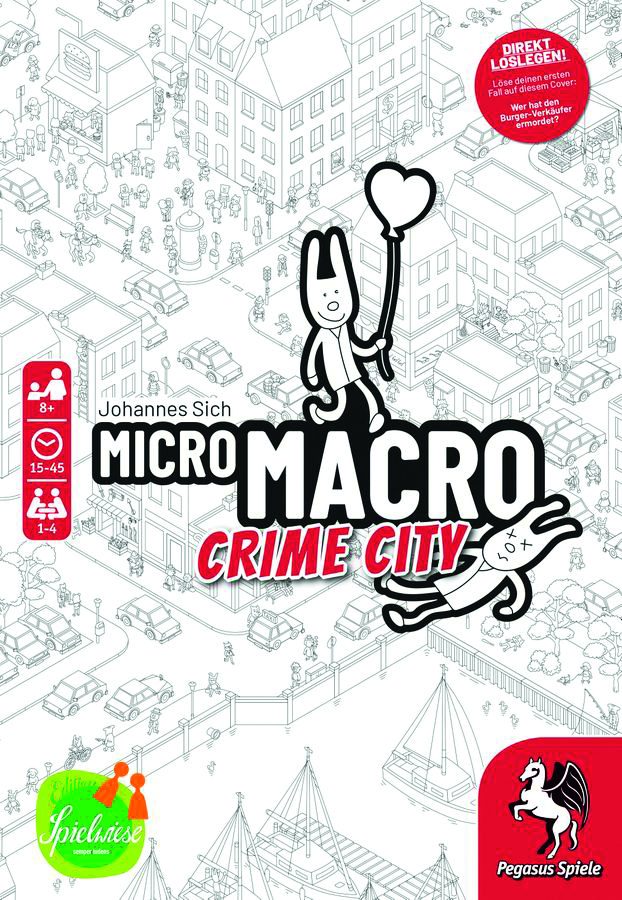 A great way to get people into gaming is through something they’re familiar with, and whilst this means Ticket to Ride is oft quoted (because everyone knows trains), it’s worth thinking about MicroMacro, because basically everyone knows and has memories of Where’s Wally. In MicroMacro, it’s basically an extreme version of that stripey hide and seek champion, where not only does the scene sprawl over your table, but you’ll have to follow a character to find out what happened to them, from one area of the map to the next. You’ll be given your criminal case to solve, a magnifying glass (which may actually come in handy), and uncover a determination to uncover exactly what went down.

Read our review here, check out our review of its follow up game, or pick up your own copy here.

3. Escape: The Curse of the Temple 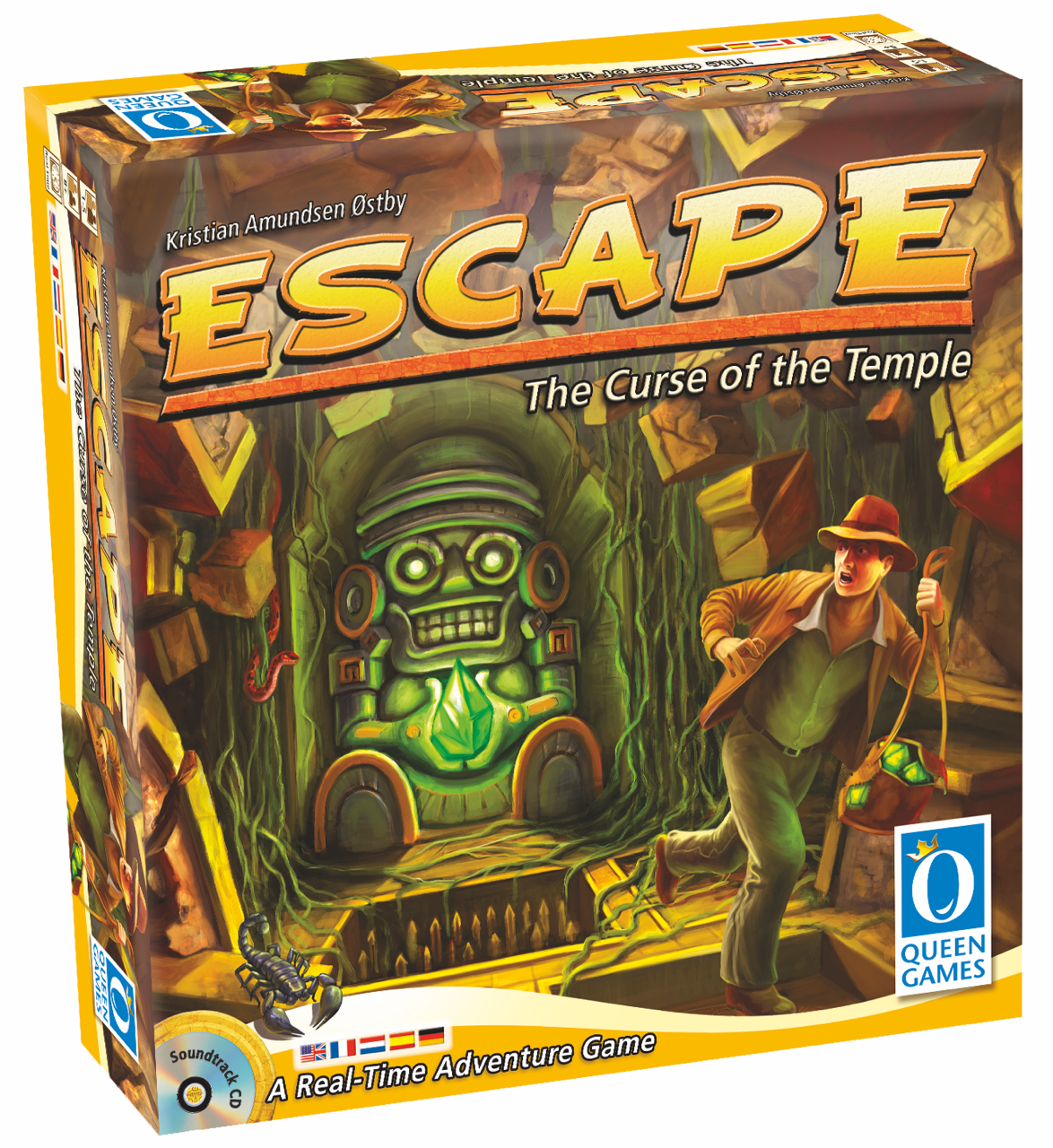 Though we may sometimes complain about it, Monopoly is the board game many will automatically refer back to, and so a new game will be judged against it. Given that aspects such as player elimination and slow turn taking are common complaints about Monopoly, how about we go in the opposite direction? With simultaneous play, a nod to Indiana Jones, a ton of dice to throw and a ten minute timer, you can’t really go wrong with Escape: The Curse of the Temple, not least because you’re too busy within those ten minutes to think negative thoughts of it. Being so involved gets you communicating and laughing, and that’s a good thing for all. 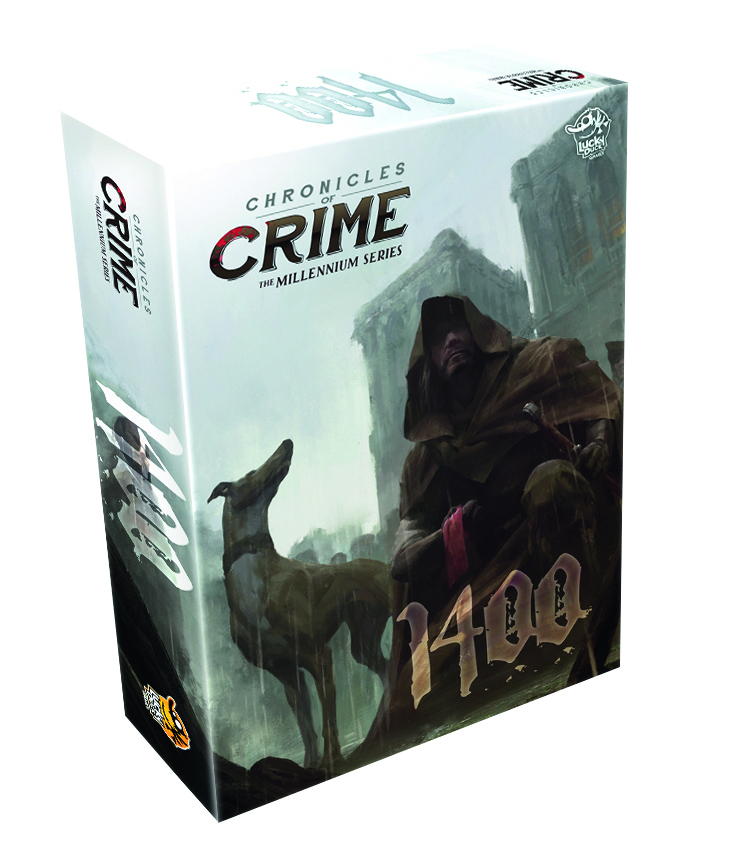 Before Coronavirus made QR codes popular, Chronicles of Crime used them as a way to investigate various mysteries. Scan this QR code to interview this witness, or to inspect these rooms, or to look for hidden items, before ultimately having to make a decision as to the outcome. Its appeal to a non gamer is the nostalgia tap that Cluedo offers so many of us, whilst also merging physical and familiar digital elements. 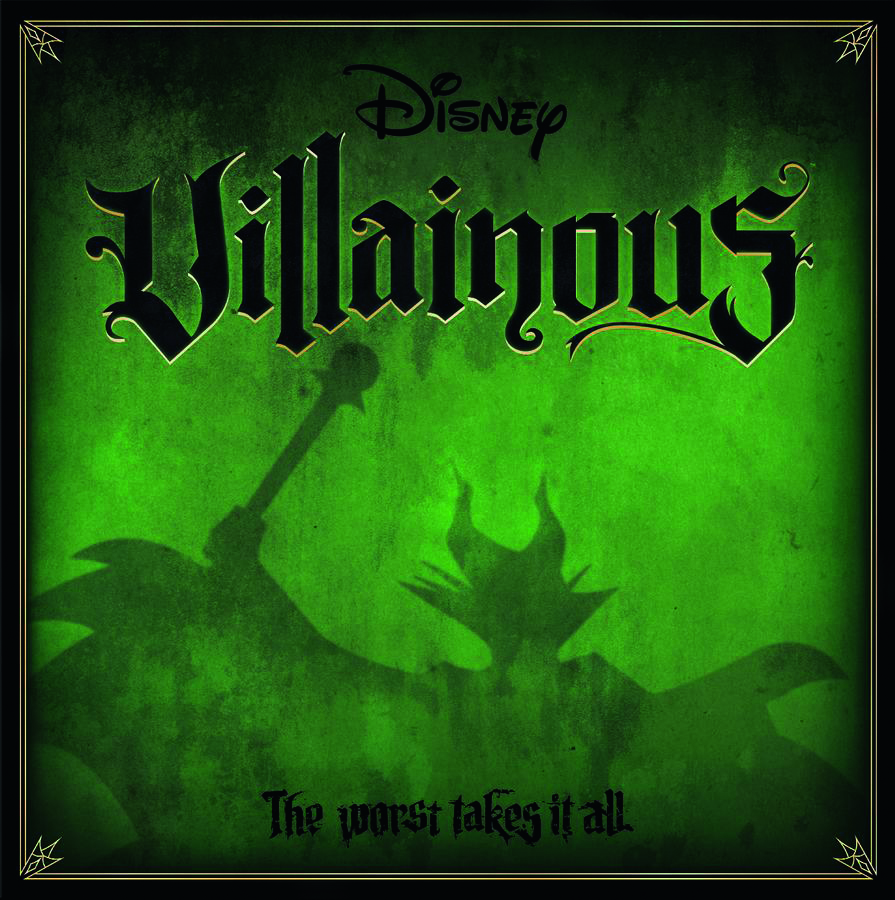 Here’s the thing, suggesting a Disney themed game to some poor unfortunate soul offers a level of comforting familiarity that means you won’t need a genie to convince them to play. However, deceptively beneath its cheerful animated Disney façade is a surprisingly tactical and engaging gateway game. You play as villains, trying to change the narrative to be the winners, whilst fighting against both the hero, and each other. Learning this gives you an idea of the strategy required in other games, and sets up your new player for a whole new world.

Pick up your copy here, or read more of our reviews on the various Villainous offerings, including Perfectly Wretched, Wicked to the Core, and Marvel Villanous: Infinite Power. 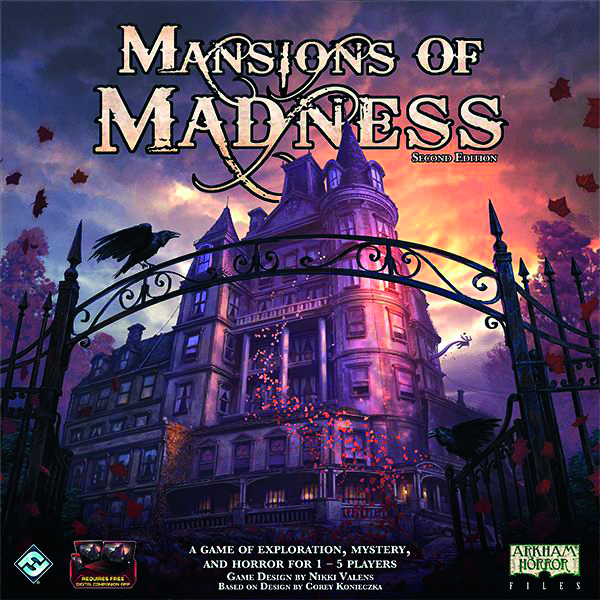 If not a board gamer, it’s still likely your newest player is familiar with video games, or at least games on your phone (Cue: Flashbacks to Farmville and Candy Crush). Mansions of Madness as a result is a great entry game for the non-gamer. It merges an app with a physical scenery, telling you where to place all physical elements for any set up of the game. Each turn, you’ll refer back to the app to tell it what you’re doing, and in turn, it will give you the narrative response. Adding in the spooky Cthulhu undertones, this will draw in a new gamer, whilst giving them their first lesson – you don’t always win.

Pick up your copy here and avoid the descent into madness, and then read more reviews from Mansions of Madness with an expansion review for Beyond the Threshold 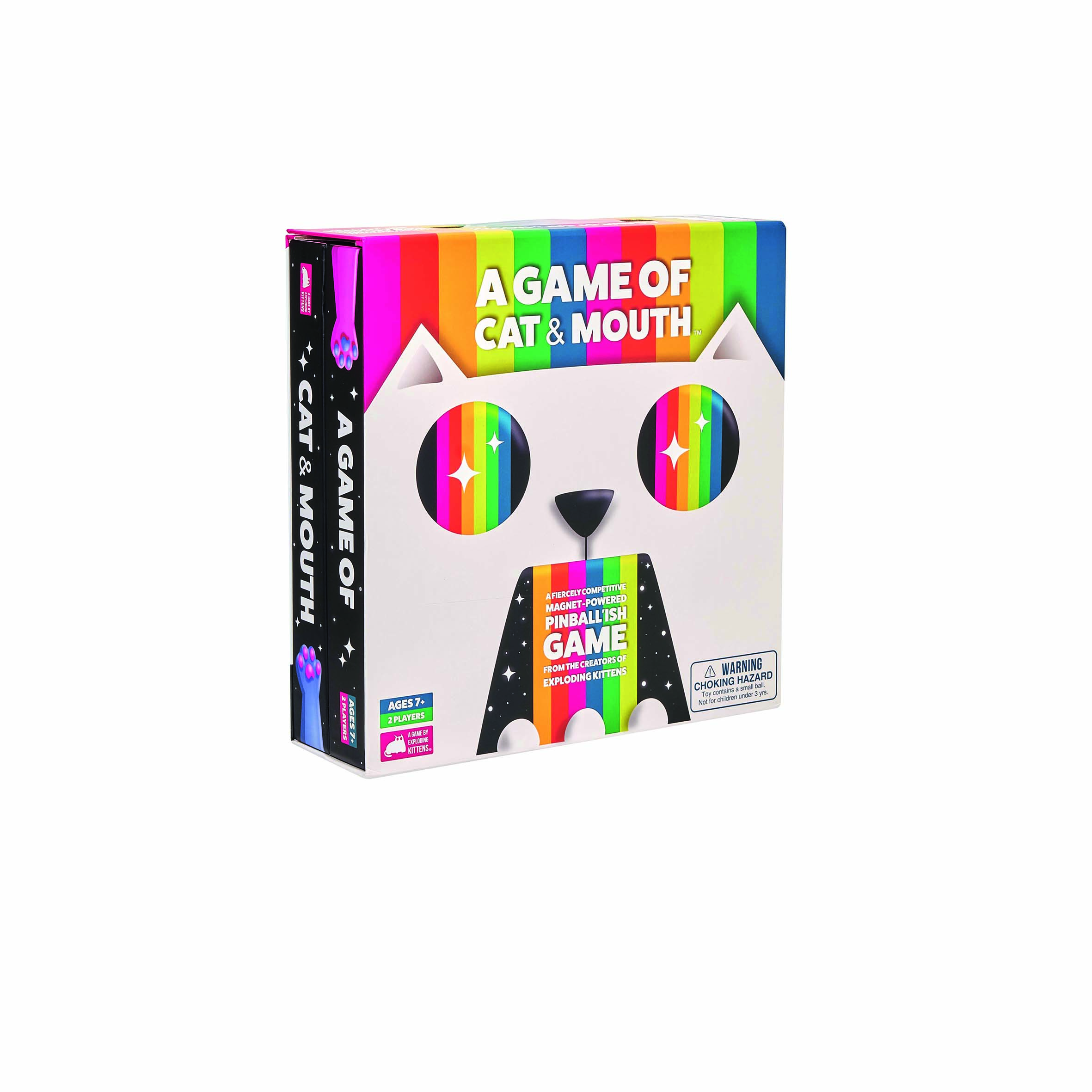 Leaning more into the party side, A Game of Cat and Mouth is a dexterity game from Exploding Kittens, where all you have to do is flick a magnetic cat paw. Sure, you’re doing so with a purpose, namely to either knock the white balls from the centre of the giant plastic cat head in the centre of the board that represent its teeth, or the black, which represents its nose, whilst your opponent is seeking to do exactly the same thing, but a mixture of luck and skill to win means it really just does boil down to flicking a cat paw. With basically zero set up time, a short demonstration to understand what to do, the uninitiated can leap in within just a few moments, ready to fight their way to victory in a surprisingly competitive game.

Find our review of A Game of Cat & Mouth here, watch a video on it here, or check out our office tournament here!

RPGs don’t often feature in lists like this, which is surprising when you consider it boils down to ‘what would you do next?’. The Party RPG is a game you can lift straight off the shelf, as the DMing boils down to reading the next scenario, whilst the players can create a character in just a few moments, without much of the associated jargon. Then, whilst on your travels, you may encounter certain perils, solvable only by a party style game. For example, to escape the dancing bush, a player must dance silently to a song that your fellow players must guess. As an RPG-slash-party-game, it is as easy a dive into RPGs as we could hope for. 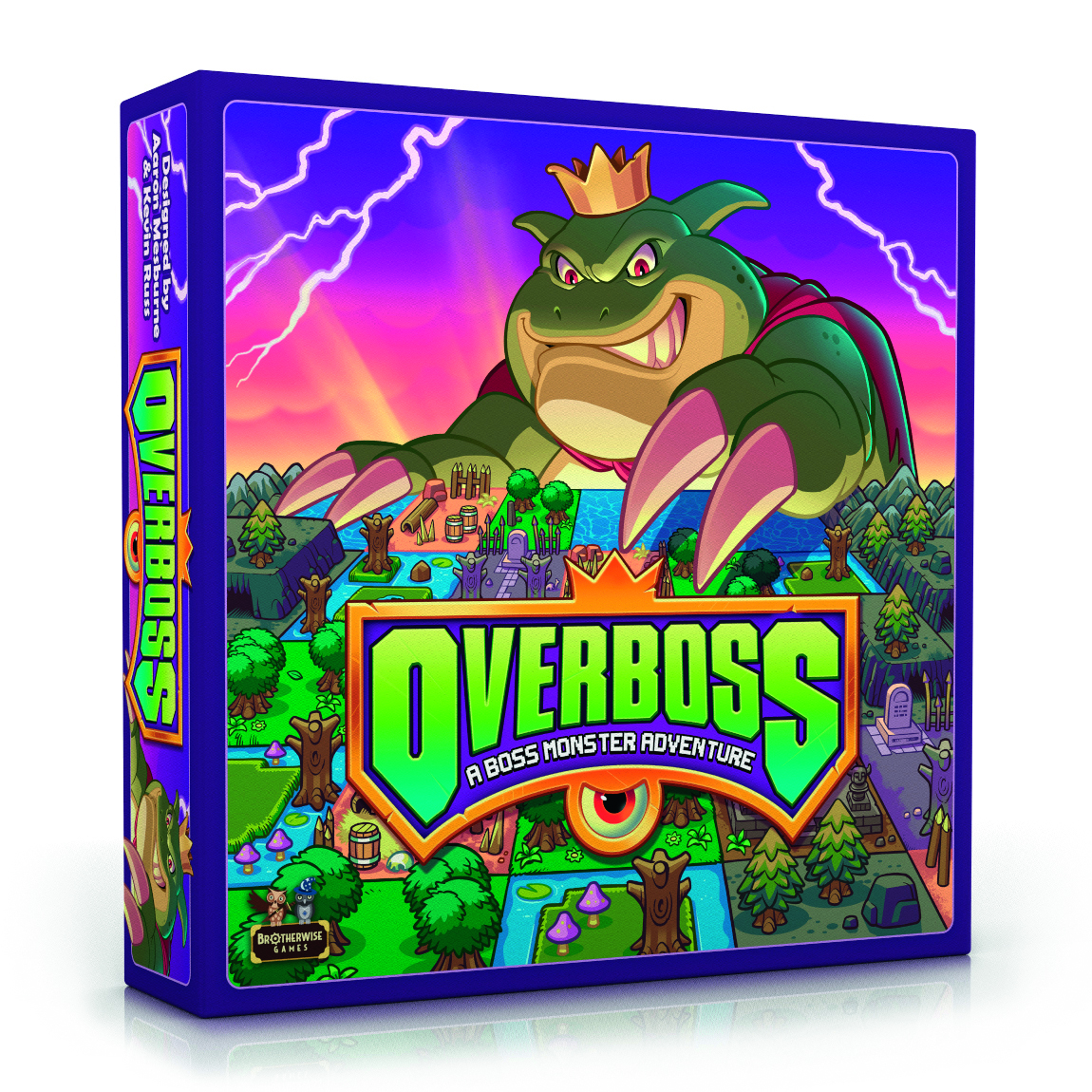 Moving into a slightly more gateway than party game, Overboss sees you emerge from your dungeon to conquer the overworld. As a tile laying game, you pick from the middle your chosen terrain, and add it to your map, gaining points for specific locations or combinations, or by matching the monsters that you also have to balance. It’s quick to learn, whilst being puzzly and thinky. Plus, it invokes that bit of nostalgia for old games, with its low pixel style graphics.

Read our review of it here. Overboss also won a the Tabletop Gaming Awards 2021, in the "Best for your Gran: Intergenerational Gaming Award" category – see what else won by clicking here 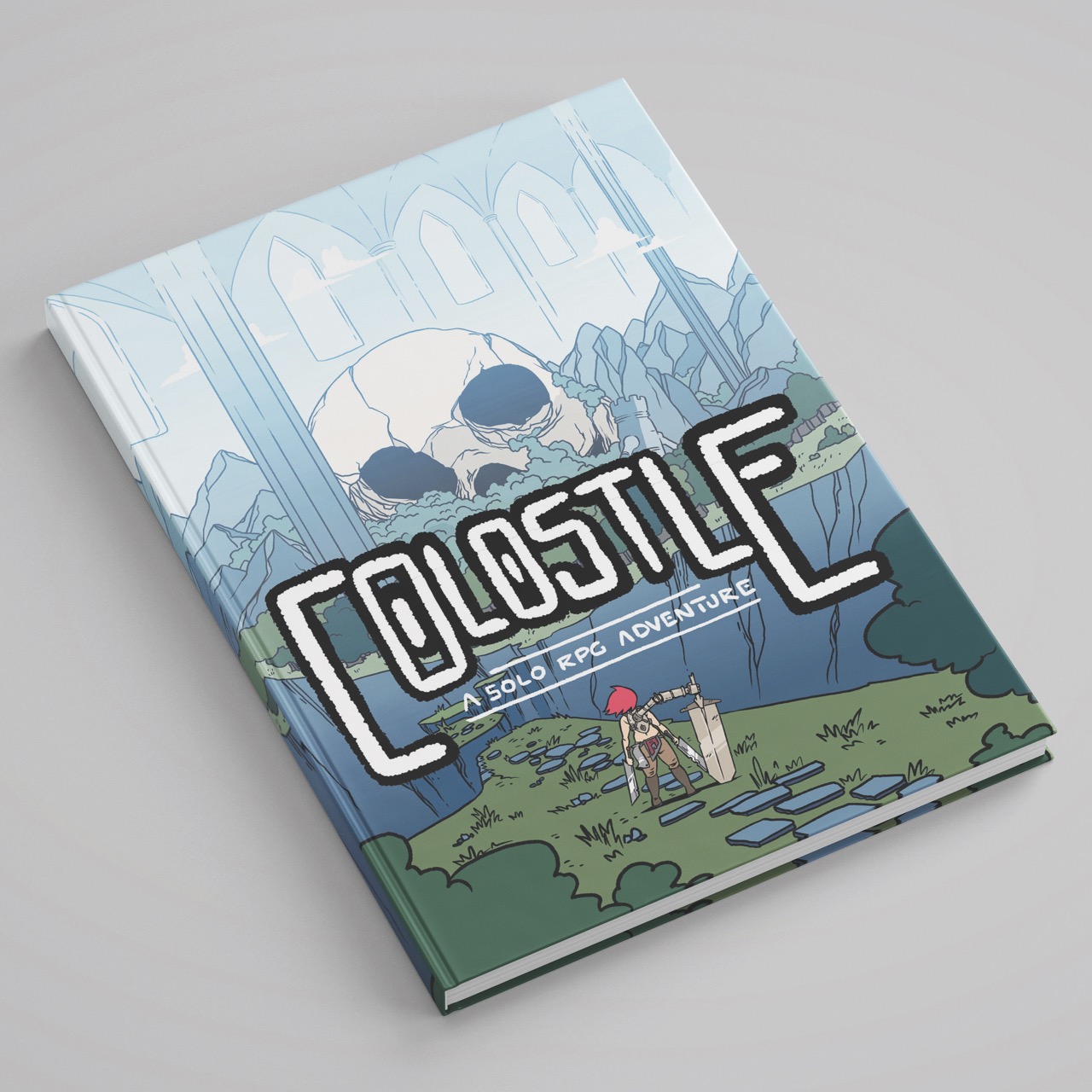 Yes, a solo RPG on a gaming list may seem unusual, but no one said you had to play the game with the non gamer (a lesson in checking your t’s and c’s). For those who enjoy using their imagination, it’s an almost mindful act, as you’ll follow the directives in the book to prompt encounters using playing cards. There are many of this format, but Colostle offers it within an impossibly large castle, where rooms are filled with mountains and valleys, and are guarded by stone golems, and is simply fun. Before your non gamer knows it, they’ve played their first RPG, and have an adventure journal to prove it.

Check out the review by clicking here