Phil Bootherstone recalls the origins of one of the UK’s most established gaming stores.

One of the UK’s most established friendly local game shops is most certainly Spirit Games in Burton upon Trent. With a history dating back to the 1980s, it’s been through some turbulent times as the industry went through a bit of a dark period in the 1990s. But now, thanks to its established reputation, Spirit Games is perfectly placed for the board gaming renaissance many say we’re currently going through. However, its origins might not exactly be what you’re expecting, as owner Phil Bootherstone explained. 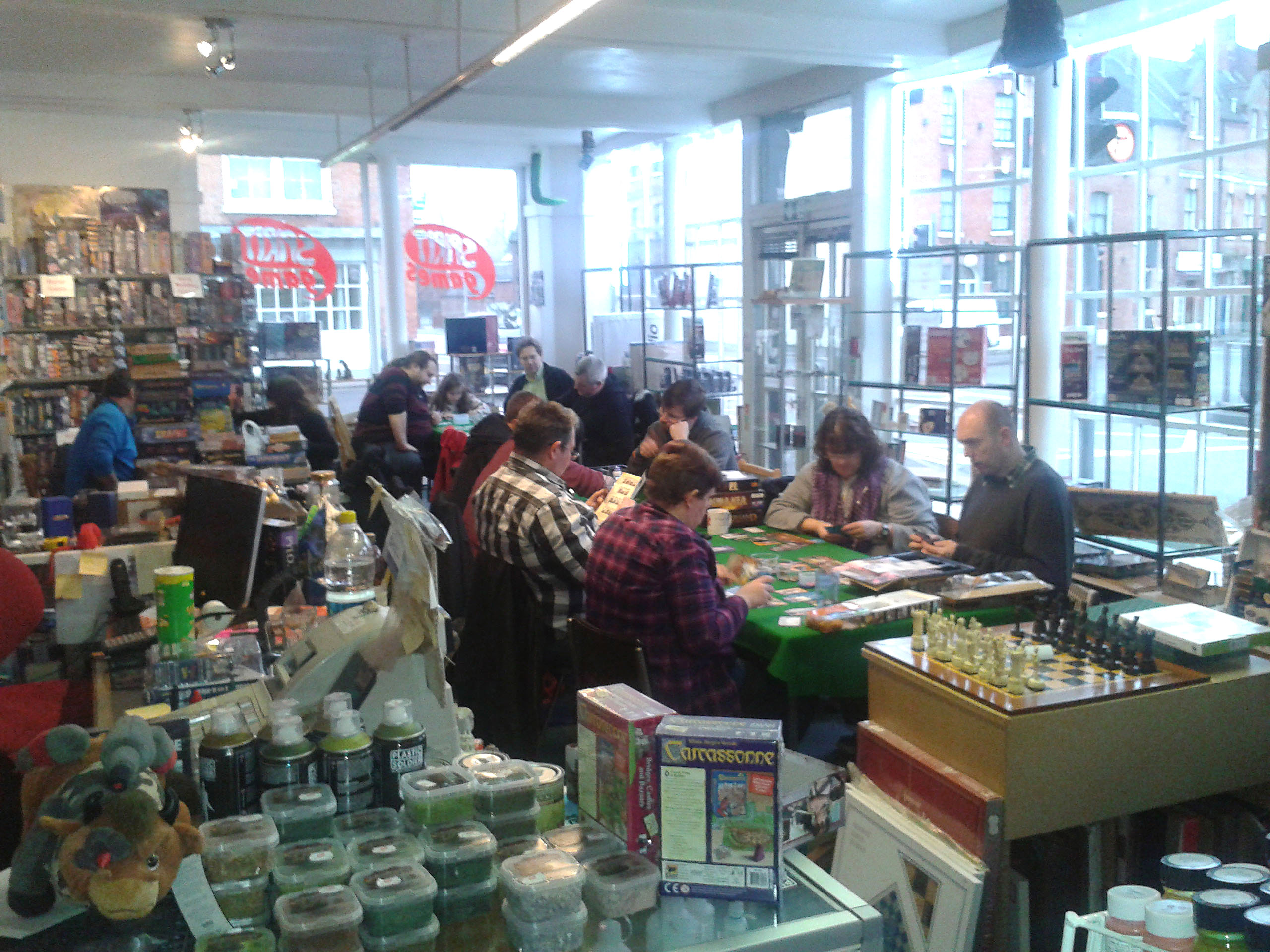 “Spirit Games evolved from Spirit Racing and Entertainments back in the 1970s, which in turn came from my Triumph motorcycle being taken to race meetings in a Volkswagen Microbus by the owner of Spirit Disco,” said Phil.

However, things took a turn for the worst when all the records were stolen during a gig and then the racing bike was pinched. So, in order to make some cash, Phil sold the rest of the equipment in order to fund his first board game (Strat-ops) and a store was opened in Croydon in 1984 to promote the next game: Starsearch. A third, partly autobiographical, game quickly followed called Shoestring Racer. For those interested, Phil isn’t planning on creating any more games, as he now has too many projects as it is.

After four years in Croydon, following a move to the midlands, a second Spirit Games shop was opened in Burton upon Trent. “Four years later the early ‘90s recession, plus a Games Workshop and a Virgin Games both opening around the corner, put pay to the Croydon shop. With board games going out of style most of them also went out of print, so the remaining shop was heavily reliant on roleplaying and wargaming, which did not quite add up to enough trade. In the nick of time Magic: The Gathering arrived, and kept things going until the board game revival led by Settlers of Catan,” explained Phil.

This revival resulted in quite a turn around of fortunes for Phil and within five years the space needed for board games increased from five feet to 100 feet and new premises were added to the store. Eventually larger premises on the High Street became available, so Spirit moved there instead and now the shop is thriving, But during those bad times in the 1990s, did Phil ever think that board games would become popular again? 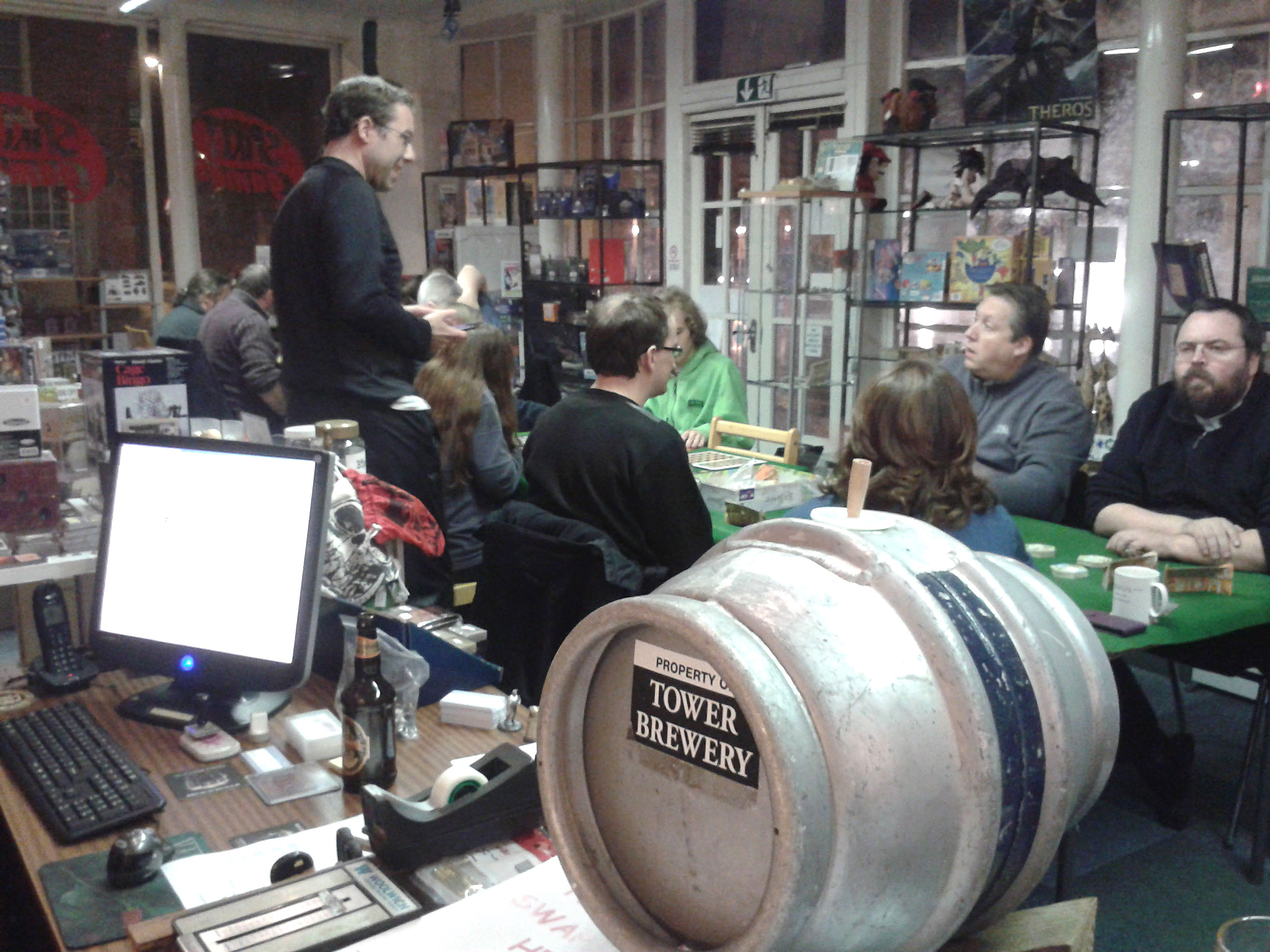 “Everyone was grimly hanging on somehow in the early ‘90s - you couldn’t sell out, there were no buyers. Base interest rates were about 20% and the only people making any money were, of course, the banks.

“Magic: The Gathering and the collectable card games (CCGs) that followed were the only things that kept us going; roleplayers blamed CCGs for the decline of RPGs but without the card games their local RPG suppliers would have disappeared - remember that this was before online shopping began. Also remember that Mayfair games had to seek bankruptcy protection after launching Settlers, it took a while for the current games juggernaut to get rolling.”

Although Spirit now sells a huge amount of board games, originally Phil had much closer ties to a household name: Games Workshop. “Strat-ops was sold in Games Workshop’s original Hammersmith shop and was also played by the head office staff, we knew them well and were in a good position to ride the Warhammer wave. Within two years we stocked 24 different makes of orc; many of the enduring RPG classics came out then, and there was quite a decent selection of board games too, so while historical and fantasy wargaming was our particular strength, we covered all bases early on.

“By the time we moved up here the situation with GW was very different, all 40K and corporate; for quite a while we did well with alternatives such as Battletech, but over the years the miniatures wargames scene has required more and more effort for unreliable returns.

“Now our main raison d’etre now is to provide good advice and service to boardgame customers - while there is a wealth of information and opinion on the Internet, you still can’t beat trying a game out in the flesh, as it were. So while the increased playing space at our new premises is useful for the occasional tournament - we have 29 Magic players here at present - it is mainly valuable in allowing us to offer a try-before-you-buy service for players both old and new.” 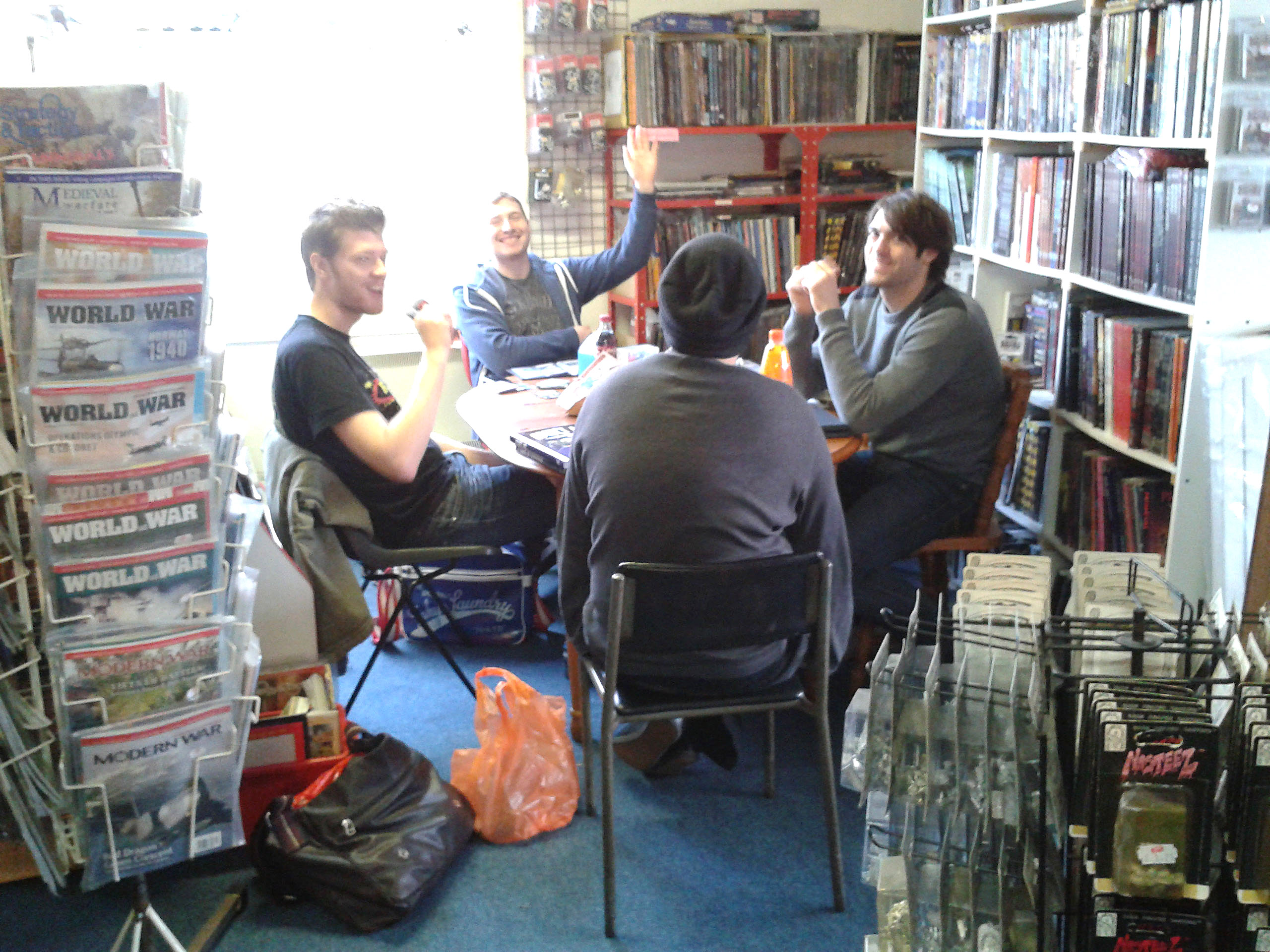 Along with trying games out in the store, Phil also organises and supports numerous events in the local area. “Every Wednesday evening, and the second Sunday of every month from noon, we have board/card gaming in the shop, Thursday is role-playing and of course Friday has Friday Night Magic. We don’t run any formal club - we do our best to support the Burton and District Wargames Club, the Derby Wargames Society and any event set up by the Derby University games societies, all of these are pretty easy-going too. Every May for the last 28 years we have run the Beer & Pretzels Games Weekend at Burton Town Hall, and now also run Autumn Beer & Pretzels in October, in the shop, a hotel and a pub both across the road from us. We also support Midcon in November in Derby - an event that has been running even longer than Beer & Pretzels - and various events run by the Derby on Board group.”

Finally, with so much experience running a store, what is Phil’s favourite part of the job? “Our customers, many of whom become good friends.”

This article originally appeared in the third issue of Tabletop Gaming. Pick up the latest issue of the UK's fastest-growing gaming magazine in print or digital here or subscribe to make sure you never miss another issue.