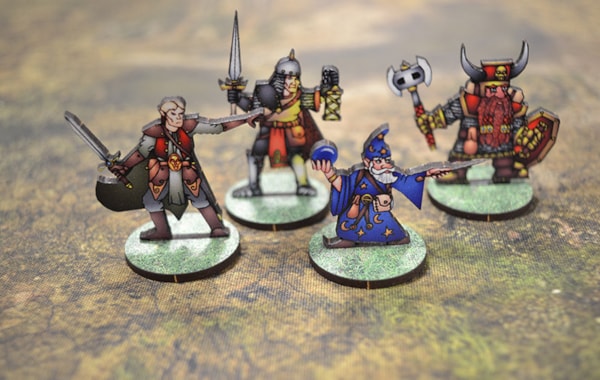 There’s a little known secret about wargaming that’s not often stated within the community. Are you ready? It’s this: wargaming is a hard hobby to maintain. As in, really hard. And this is coming from someone whose job it is to wargame! Painting miniatures, making terrain, even setting up a game and finding other players; these all take time and effort, in the way that many other pastimes typically don’t. Anything that promises to shorten the time it takes to get to the tabletop is thus something that’s more than welcome in my book.

With that in mind, imagine my delight when I recently came across a small company by the name of Flatpack Forces. Flatpack are purveyors of 28mm scale miniatures, with the twist that the minis are only 2mm thick. For you see, instead of metal, resin or plastic, these miniatures are made of a rather unorthodox material – MDF! The figures – as the company’s name implies – are illustrated laser-cut models suitable for use in either RPGs or wargames. At present the range includes a selection of World War 2 miniatures – specifically, the German and US Normandy landing forces – and a rather larger range of fantasy figures.

The miniatures sent in for review were a group of adventurers, a mob of bandits and a unit of elf scouts. The illustrations are all simple in style but nonetheless characterful, and give an easy visual clue as to what their role would be on the tabletop. A beardy man in blue robes and a pointy hat may not be the most boat-pushing concept of a wizard in the world, for example, but you only need to look at him for one second to work out what he is. 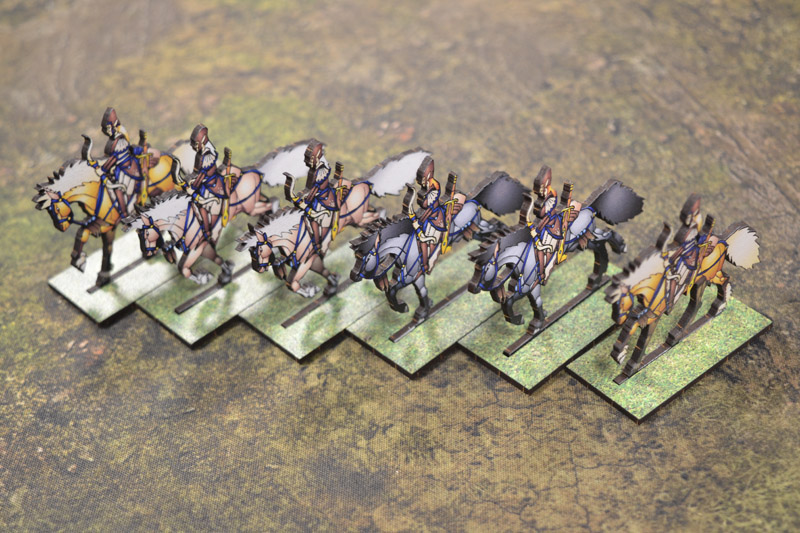 The figures came on a push-out board of MDF. Getting them out was a simple affair, although there was one minor casualty in the form of part of a gnome’s wand. Each miniature came with a push-fit base, and whilst you could superglue them if you wanted to, the fit is usually so snug that it’s unnecessary. 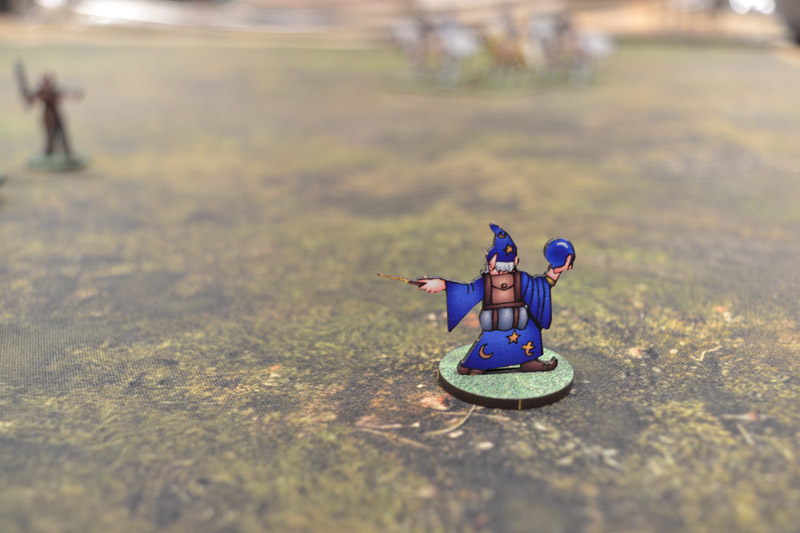 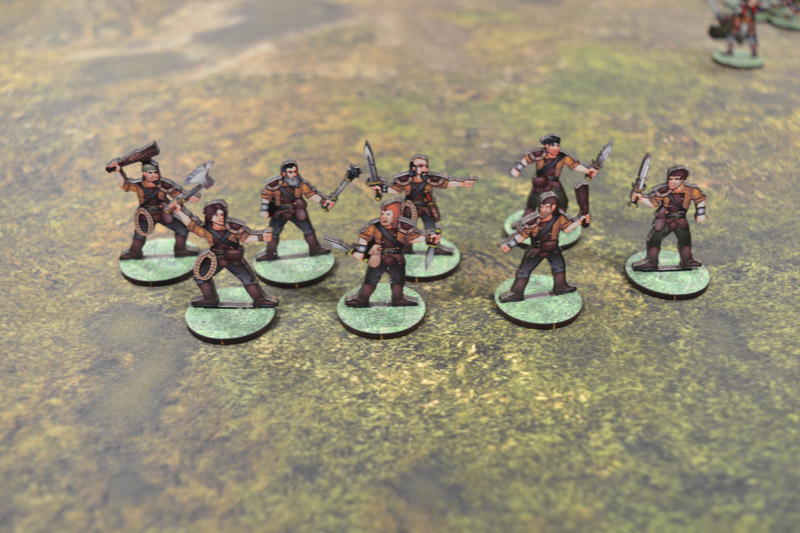 Having one-piece, ready-coloured miniatures obviously takes a lot of the ‘hobby’ element out of wargaming, and so these figures likely won’t appeal to everyone. For gaming purposes, however, they’re ideal; they’re durable, easily storable and deliver a nice visual punch to games for next to zero work. All in all, these miniatures are a great bit of fun (and dead cheap) and I have no hesitation recommending them to those who just want to get on and game.