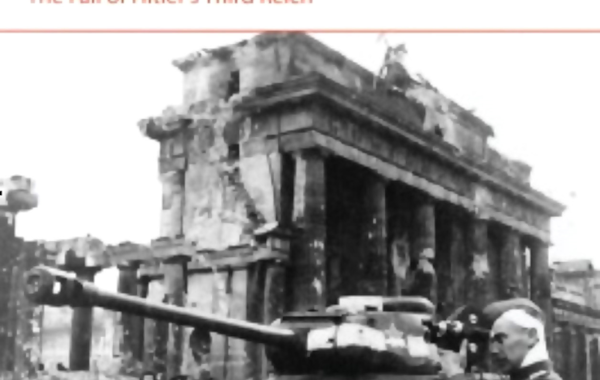 Downfall of a dictator

There is a very telling sentence late on in this book, where, having described a particular plan German commanders had conceived, the author simply comments: "Under the circumstances, it made absolutely no difference." By March 1945, the Nazi regime's capacity to delay the inevitable had become minimal. The massively stacked odds and the hugely one-sided nature of the War in Europe's final months do not detract though from the customary quality of the book.

All the usual features are here: orders of battle, strategic maps, introductions to the major characters and commanders, a great many photographs, double page illustrations depicting dramatic moments and the predictably frustrating three-dimensional views of some of the battlefields. These last are sadly doubly frustrating - we've come to expect the seam joint of the two page spread to crease right through the middle of the battlefield, but the sheer size of what they depict here tends to negate the advantages of a more 'natural' non-map point of view.  A 3-D map of one section of the Seelow Heights defences could be inspirational for the budding battlefield builder for example, but the entirity of Berlin shrunk to three by eight inches is just too microscopic to be enlightening, at least for my ageing eyes.

The text is clear and chronological; the art work is exemplary and well chosen in the moments portrayed; indeed each of them might provide the background for a game scenario, but it is from the wargaming point of view that my only reservations about this book come. For whatever scenario is generated, given the circumstances, there will be absolutely no difference in the outcome. A player taking the Axis side is faced with what chess players call 'zugzwang', where there is no move you can make which doesn't damage your own position and benefit your opponent's, and I wonder how long many of us would stay eager even to take on the role of the last of the King Tigers making a dash for survival once we discover that an average or lower dice score at the start of each turn will mean it has run out of petrol.

However, if this hugely lopsided part of World War Two is one you choose to game, this book will provide a great starting point.