LOST: An Interview with designers of Lost Ruins of Arnak On a newly discovered island, the thrill of adventure awaits. What might be discovered amongst the ruins of Arnak? We talk to our expedition leaders, and designers of the game, Mín and Elwen of Czech Games Edition.

Of course, these aren’t their real names, “these are our nicknames, which are connected with our other hobby, Live Action Role Playing games,” says Elwen. They just stuck, explains Mín “friends were calling us Mín and Elwen even before we got married and these names stayed with us, that’s how we got to know each other.” 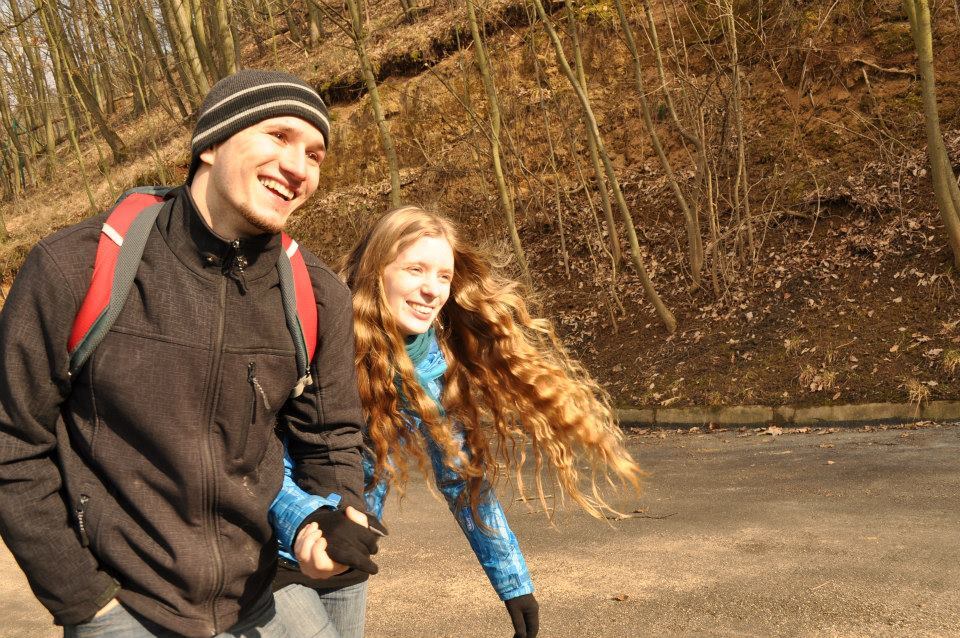 The couple have been at CGE for some time, working as testers and board game developers. Their passion for games goes back a couple of decades, including running a games shop, “this year is special for us, because a game that we designed together, Lost Ruins of Arnak, is being published,” says Elwen.

The Lost Ruins of Arnak is an interesting game of exploration and adventure where players will be uncovering an ancient and forgotten culture. Mechanically it’s a meshing together of two extremely popular mechanics – deck building and worker placement.

“This was an experiment, we tried to combine two mechanics we both love, which is worker placement and deck building. We both like games like Ascension, Clank! and Lords of Waterdeep,” explains Mín, “but because we love to design around a theme we tried to find something that we would both enjoy.”

“We actually started with the ‘build a medieval city’ theme but after a week or so we decided to abandon that as the theme did not draw us in,” says Elwen, “on the second try Mín suggested a theme of adventure, exploration, uncovering mysteries – and we loved it, it fit the game so well and we really enjoyed working on it.”

“It’s a bit of Jules Verne, a bit of the story of Atlantis and lots of Indiana Jones,” says Mín.

As experiments go, the game already has a lot going for it by including those mechanics. Deck building has been popular since Dominion and worker placement feels so entrenched as part of Eurogame culture that it is hard to separate it. Intertwining these mechanics was a challenge.

“One of the key problems we had to tackle was the different game flow of these two mechanisms – in worker placements, you usually place just one worker per turn, but in deck builders you usually play your entire hand,” says Mín, “having players play the entire hand while only placing one worker seemed to be favouring the deck building mechanic too much. On the other hand, we could not let a player play all his cards and place all his workers, because then the worker placement would not work – the first player would always get all the interesting rewards – not to mention the turns would be very long.”

“We decided to limit players to one action per turn in a sort of ‘micro turns’ – they can either play a card for its effect or spend it for a travel value and place an archaeologist on the map.”

“That was one of the most important decisions we made designing the game,” says Elwen, “the multiple use of cards creates a lot of interesting decisions and creates good timing dilemmas for the player, like – ‘if I visit this site now, someone might buy the card I am eyeing. But I really want to visit it, because then I could gain a bonus from the research before they do’ and so on.” 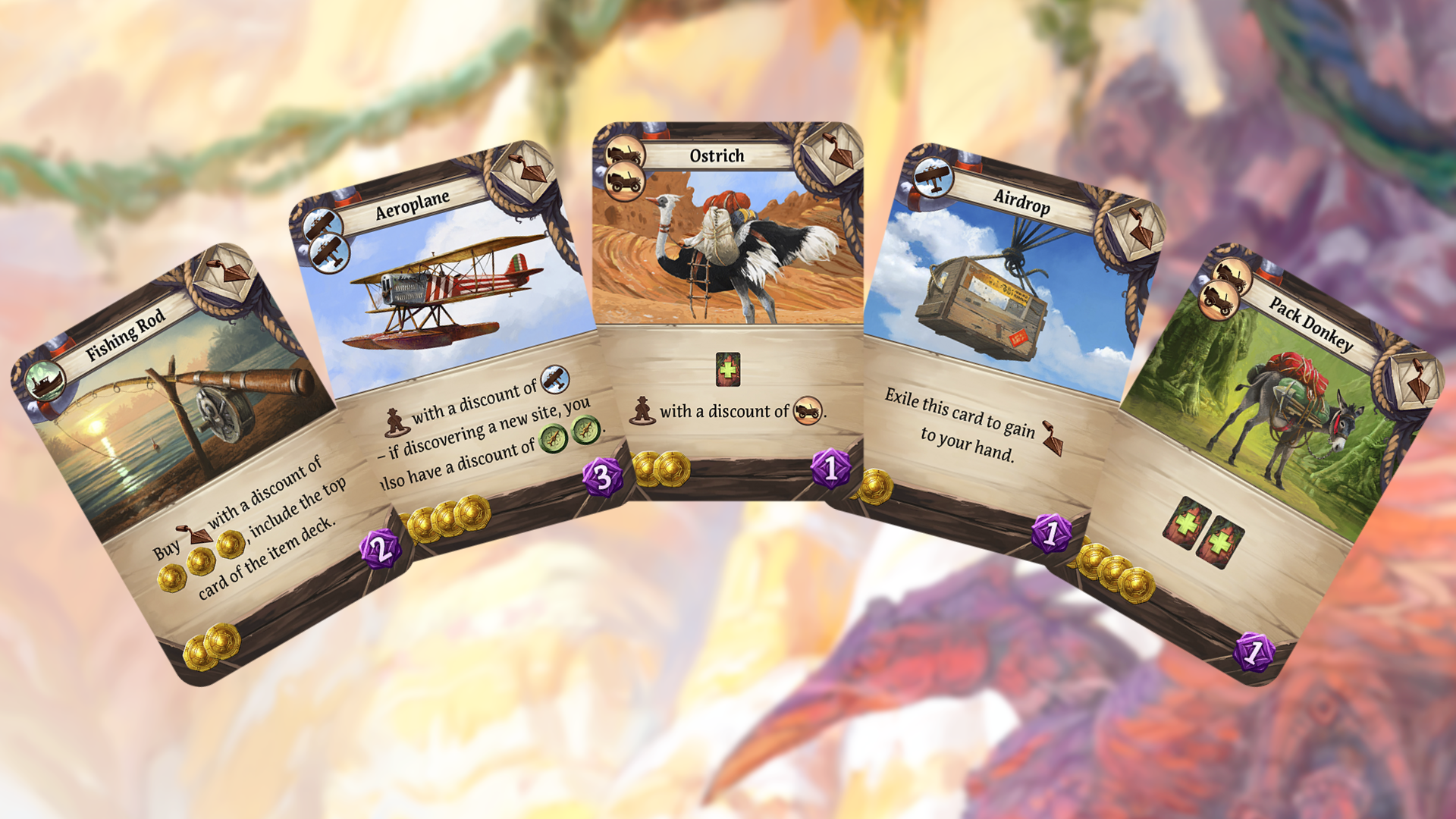 Other examples of play include the various strategies players might be forced to try out to win the game. The pair suggest that the game is flexible in what it can offer players in terms of these choices.

“One of the things we like about the game is that it is generally up to you how you decide to approach it – some people try to gear up by buying lots of items, some try to create a bigger team, hiring assistants. Some focus on the exploration or fighting the guardians of the island, others try to be the first ones to make discoveries on the research track,” says Mín.

Of course, the tone of the game is one of lighthearted adventure. You can’t invoke what is now considered fairly pulpy literature and film without ending up in this realm of jolly expeditions.

“While some parts of the game feel serious, the story that you create by choosing your actions can be downright funny,” says Elwen, “we were really happy to see our playtesters enjoying the game when they stumbled on interesting situations. For example, using the item fishing rod to pull an airplane out of water, having timely delivery of a pack donkey by utilizing an airdrop card or when your trusty ostrich helps you fight off the army of ants.”

This silliness is at the heart of a game that uses its artefacts and creatures as the main storytelling mechanic. Here stuff tells stories.

“The thing about all the artefacts, beasts and locations is that we tried to create a backstory for all of them – sort of a history of the vanished culture and the island, along with its mythology and writing system,” says Mín, “some of the locations are actually depictions of great stories of Arnak, or spiritual monuments dedicated to their gods.”

“Similarly the artefacts have been thought through – some are simple objects of everyday use, but most carried a spiritual or mystical meaning to their owners. Some are more rare – treasures used by leaders or in ceremonies. The rarest kind are the items even the ancient people of Arnak told stories about – you might see some of them on the legend tiles.

“The beasts also had a profound relationship with the ancient people of Arnak – while most were just dangerous and clever predators, others were revered and worshipped as messengers of the gods. Some long-lived creatures actually lived during the final days of the catastrophe that wiped out the people of Arnak, and survived to this day.”

Even beyond this, the runes that you can see in the game and scattered throughout the artwork are fully realised. You can even read them, given a little study.

“It is actually kind of funny how much of what was created is not really in the game,” says Elwen, “rather scattered in bits and pieces throughout. We enjoyed creating the world a lot, and we hope the players will really get the feeling of exploring a forgotten culture.”

What’s next for this pair of adventurers? “To quote Bilbo – I feel we need a holiday, a very long holiday,” says Mín “but unlike Bilbo we expect we shall return. Possibly with some new prototypes and hopefully some of them will get people as excited as Lost Ruins of Arnak did.”