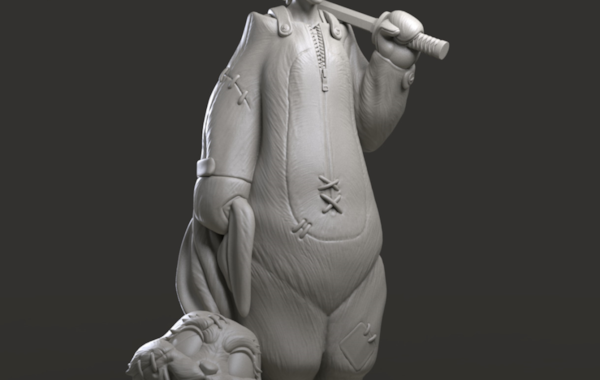 In this month's copy of Tabletop Gaming we went high-tech and delved into the world of 3D printing. As part of our investigation we spoke to miniatures sculptor Andrew Cothill - being such a knowledgable chap, we thought we'd take the time to do a quick interview with him for our readers.

Hi! Could you tell us a bit about yourself?

Hello there, my name is Andrew Cothill and I'm am English freelance digital sculptor for the tabletop games industry currently living in the US. I'm not as tall as a lot of Americans.

When did you first get involved with digital sculpting?

I first tried my hand at digital sculpting in ZBrush about 2 years ago. At the time i was working as a 3D artist in the creative department of a shower door company. My job was to model bathrooms and i spent so many hours trying to progress at my job, I realised that if I wasn't careful, this could become my entire career. Don't get me wrong, I loved working in 3D but I had to ask myself what else would I do if the sky was the limit? The only thought that came to mind was becoming a minis sculptor for Games Workshop. I started to learn ZBrush by watching Michael Pavlovich videos on Youtube and sculpting cartoon heads I saw on artstation. I made about 5 busts and then tried a full character. When that was finished, I made another and another and a fair few more. Since then I've made about 50 professional sculpts and a handful of personal ones. 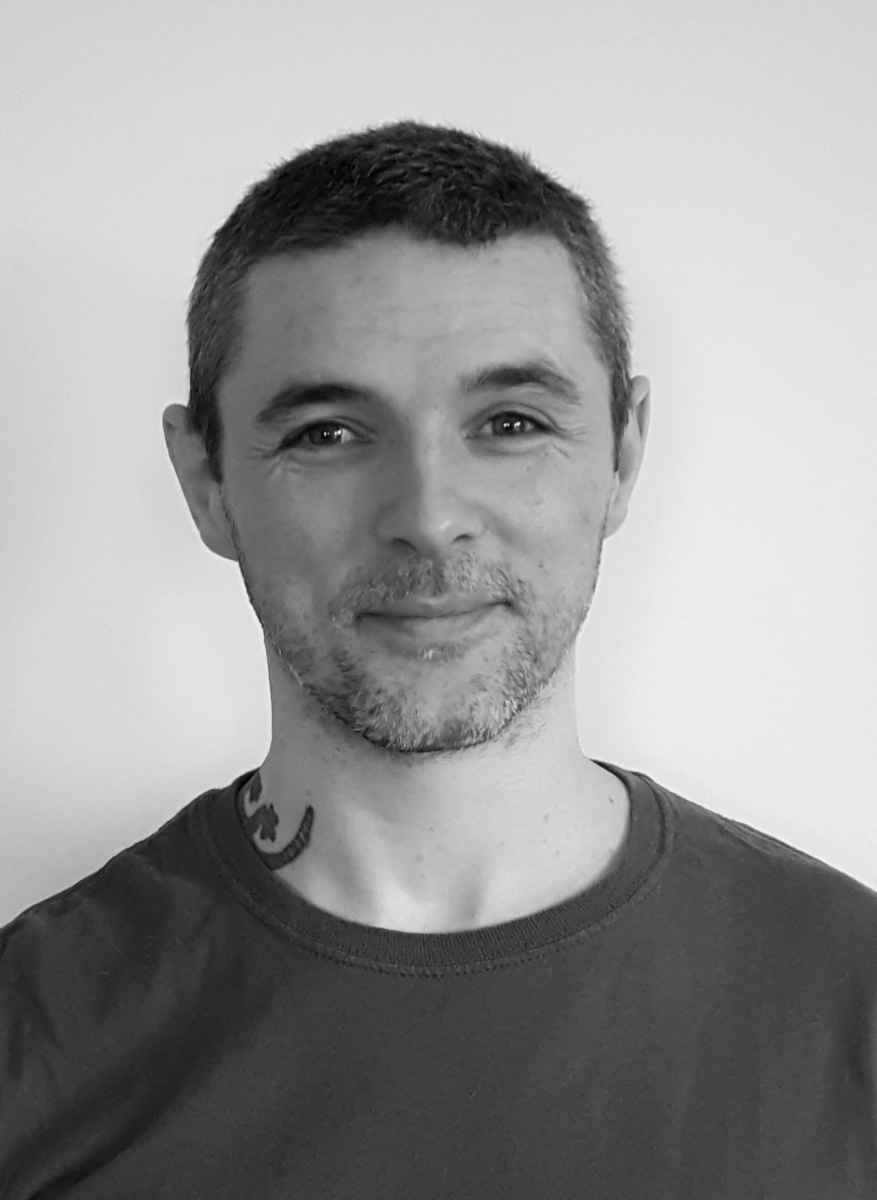 You've worked with GCT studios on Bushido and Wyrd on Malifaux. Can you talk a bit about how those opportunities came about?

Since starting with ZBrush, I worked pretty much in isolation with very few critiques. This lasted about 7 months. At this time I had roughly 9 completed sculpts on my portfolio. I'd make one, finish it and then start on another one. They were all sculpts of concept characters that I loved and asked permission to model. I had sent out links to my portfolio to everyone I could think of (or at least everyone in the Cool Mini Or Not vendor lists) then, out of the blue, I got an email from Michael Jenkins (he used to sculpt for Privateer Press) to ask if I could help on a Kickstarter he was finishing up on. I jumped at the chance and while I was working on that, I got a reply from a speculative application to Wyrd Games from Nathan Caroland asking about my rates and turnaround time. From him I got the job of sculpting an alternative version of two of their masters for an Easter Sale they were having. While I was working on those two contracts, I was also emailed by Wizkids saying they were expanding their team of freelancers and asking if I would be interested in joining. While all of that was going on I also received a message through Artstation from Ben Calvert-Lee over at Master Crafted Miniatures. He wanted to know if I was interested in any sculpting work. I told him I was but the time wasn't right and he said he'd be there when I was finished. So, I finished up the specials for Wyrd, the Kickstarter for Michael Jenkins and was sculpting regularly for Wizkids when i emailed him back. It was then he told me that the work would be on GCT's Bushido skirmish game. It was strange that I’d been sending out speculative emails for the better part of five months with no reply and then everyone showed up at once!

Are you a gamer yourself?

I've known about minis since the early 90's but couldn't afford anything back then so I would just watch my friends play. That form of interaction with the hobby sort of stuck into adulthood and now I genuinely get more pleasure staring at box art and minis than I do from actually playing. For me, it's all about the minis, the stories and the art. When I get inspired by lore and box art, I’m not the guy who wants crack open the box and play; I’m the guy who wants to make something else for that world. I find that by making something, I get to exist in that world in way I just don't feel when playing. I still get a buzz watching others play, though... just as long as I get to hold the box.

Is there any particular type of project/genre that you enjoy working on most?

To answer that properly, I need to give you two answers. Professionally, I enjoy working on slightly vague concepts where I can get immersed in the lore and interpret some of the design. It allows me to feel like a proper artist and not just an automatic step between the 2D concept and 3D Print.

As to genre, are goblins a genre?

They should be all the genres.

With that in mind, which goblin do I enjoy working on most? Really any cheeky, cluelessly suicidal and cheerfully destructive greenskins. Kev Adams has always been a sort of Goblin King and, to this day, remains my absolute hero. His goblins are filled with what I feel is missing in a lot of sculpts today - fun. I tend to fill my personal time either sculpting goblins, imagining barely operable contraptions of goblin mischief or just generally praising Kev Adams' work. 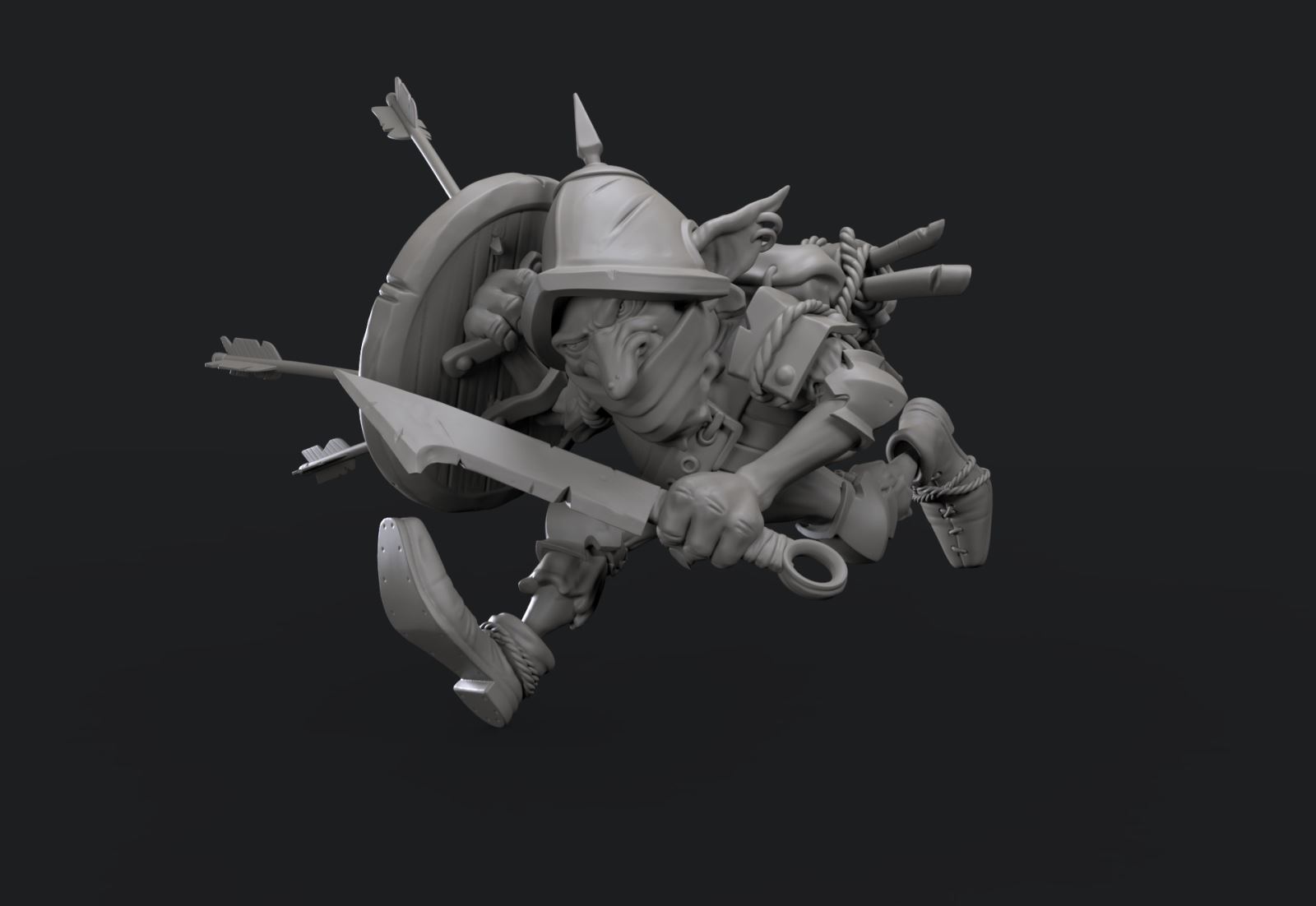 What are you working on currently?

I continued to stay in touch with Wyrd games and just finished a boxed set for their Malifaux 3rd Edition. I'm currently working with Wizkids on various licenses including Marvel, DC, Pathfinder and D&D but none of my sculpts have been released yet so I can't show anything. I'm also sculpting new faction starter sets for Bushido's upcoming edition. I'm enjoying that tremendously as I get to be part of establishing the aesthetic to new factions.