What does solo gaming mean today?

The solo game trend is picking up as more players look for interesting diversions that don’t require three to five people’s diaries to line up. We explore what solo gaming means today.

Ask anyone why board games are great and they’ll say it’s because they’re social, because you can sit around a table with friends and play a game face to face. So why does anyone play video games? Simple, because we can’t always be bothered with people. Because being social is great unless you’ve just had to spend a whole day getting screamed at by irate customers or just want some time to yourself. If you’re on your own you can fire up Minecraft and while away a night building a castle. Switch over to tabletop and suddenly Minecraft: Biomes and Builders needs a minimum of two people. Now the game night foreplay is all about schedule wrangling, desperately trying to fit people into a two-hour slot on a Wednesday evening.

The solution, and publishers have been realising this in recent years, is to give games a solo mode. Gloomhaven and Bargain Quest have released separate ‘solo mode’ expansions for those looking to play while the weather continues to keep people trapped indoors. While others have built the solo mechanics into the game from the start like Friday or Hostage Negotiator. And these are great features. Being able to take out the beautiful components and do more than just look at them is invaluable for us introverts.

But what makes a good solo game? Well, taste is subjective but let’s start with a few loose rules. Firstly, it has to be more than a watered- down version of the base game.

Ever since board game Kickstarters became so chic, designers have been slapping solo mode stretch goals onto everything that can hold them. The assumption being that the base game can be played alone as long as you do something to add some randomness. Why have other players when you can roll a dice to see where their piece moves to? Given time, someone will slap a solo mode onto a social deduction game that requires voluntary head trauma and the cycle will be complete.

And secondly, no time wasting. Basically, if the player can’t do anything, what’s the point? And if they can see the outcome, don’t make them waste time with steps a through f.

So, what does work well? What can you do to kill the crushing boredom brought on by yet another cancelled games night? Glad you asked. Firstly, get into something comfy. Solo games are about you, so you don’t need to cosplay this (unless you really want to). Next, decide what type of experience you want. This can range from tests of dexterity and puzzle solving to being told a story and exploring to a nice challenge of your gaming skill. 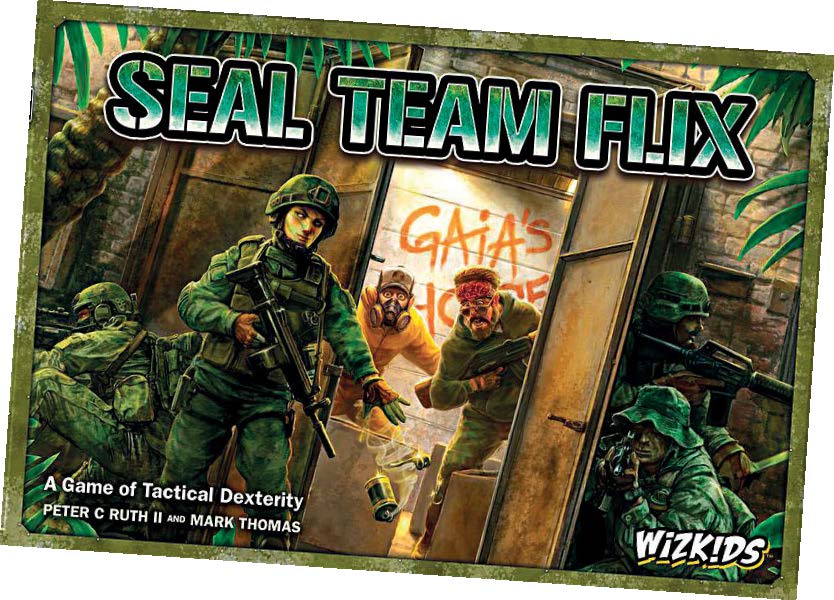 Dexterity games are perhaps one of the easiest to make solo as the challenge is inherent in the design. Stacking things and fast actions are so instinctive to us that it’s one of the earliest things we do as children. It’s only as we get older that we feel the need to complicate it

but clever designers can still work with that. Crazy Tower, a Jenga style game of stacking polyominoes over floor cards that block portions off is a great example of a solo game done simple. The goal, quite simply, is to complete the 20 challenges in all 3 difficulties. From the obvious, Complete the tower, which is harder than it sounds to the bizarre “play with your chin on the table the whole time”, it creates an experience that is just for you. 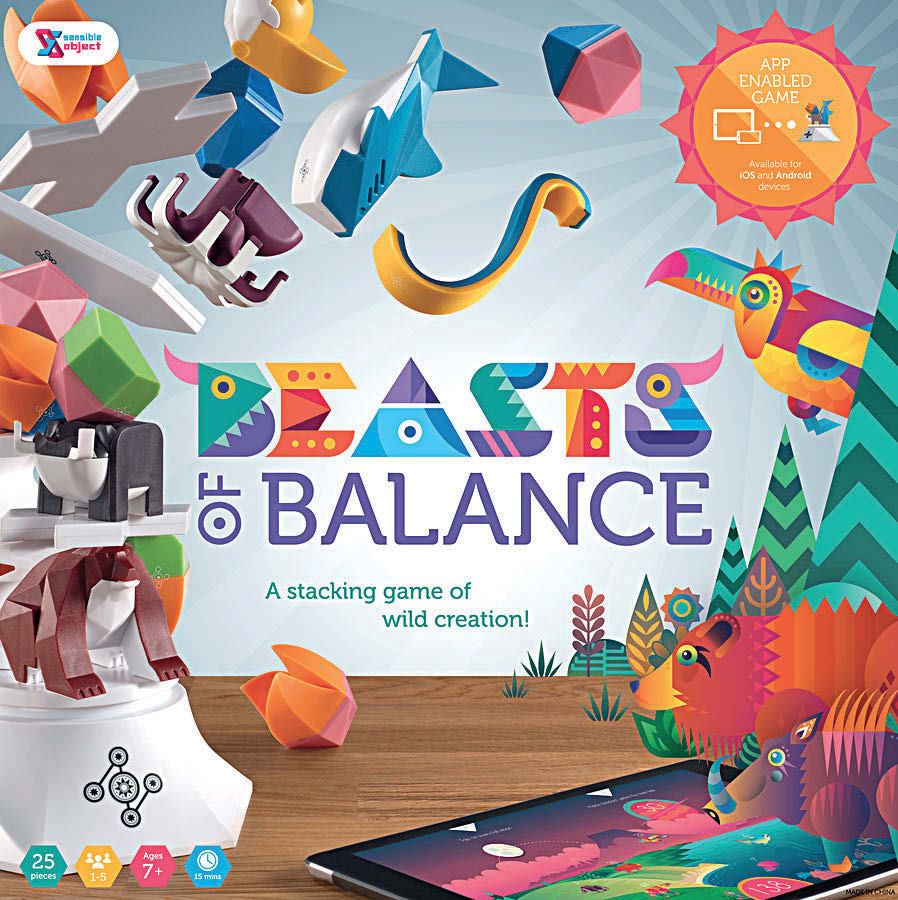 Storytelling is a mite harder. Telling people
a story is straightforward, books have been doing it with varying degrees of success for literal ages. Playing a story however, is a more recent concept (though people have been toying around with it since the 1940s). The obvious examples are the Choose-Your-Own- Adventure and Fighting Fantasy games that defined the gamebook genre but there are others. Escape The Dark Castle by ThThemeborne expands that gamebook feel and turns it into

a board game experience with custom dice, party management, and a widely varied castle to explore. The StoryMaster’s Tales: Weirding Woods expands on the same by letting you choose quests to undertake and allowing you to explore semi-freely, building your map of locations from the deck of cards.

But what if we want to get away from gamebooks entirely? Well, the wide world of solo RPGs has plenty of options for telling yourself a story. By encouraging you to write your actions and responses to various prompts, games like The Artefact, which casts you as a sentient fantasy artefact as it passes through the ages, tap into the greatest storyteller of all. You. After all, who knows what you like better than you? And if a solo RPG’s prompts are well designed, giving you just enough freedom to create what you want but not enough to fuel analysis paralysis, then you will find yourself coming up with stories that you never would have dreamed of. 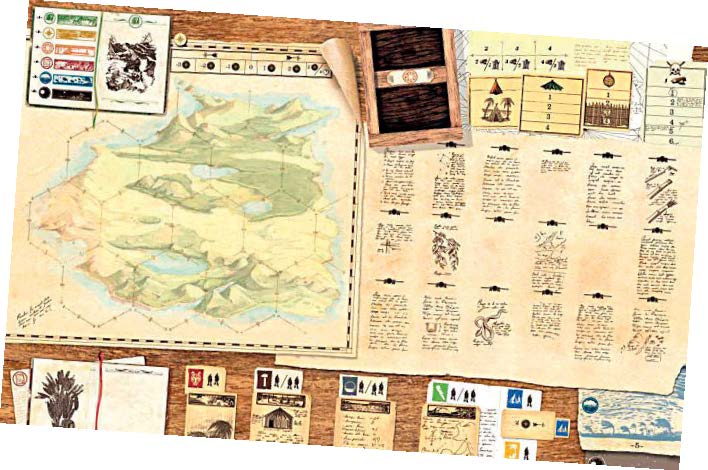 And lastly, the solitaire factor; challenge. A game that focuses on challenging a solo player needs to be more than just a stripped- down version of the base game. To make a challenge for a solo player, tabletop games can take inspiration from video games and create ‘cardboard AIs’, rules and decks that simulate an opponent. Scythe, is a great example of this but for a wide selection, pop on over to BoardGameGeek where there is a massive group calling themselves the 1 Player Guild. This group of solo gamers make ‘automa’ (cardboard AIs) that you can print and play for a wide variety of games.

Or, if you’re looking for something with less effort, there are plenty of games with digital opponents that provide the tangible experience of a board game with the ease of a videogame.

Some great games to challenge yourself with: XCOM: The Board Game, Robinson Crusoe: Adventures on the Cursed Island, Arkham Horror: The Card Game. 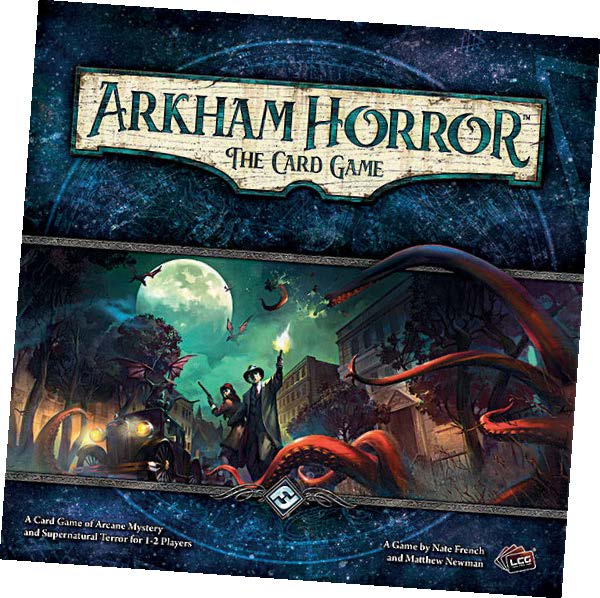 This feature originally appeared in the April 2020 issue of Tabletop Gaming. Pick up the latest issue of the UK's fastest-growing gaming magazine in print or digital here or subscribe to make sure you never miss another issue.