Words and photographs by Mike Hutchinson, Miniatures from Brigade Models. Art by Osprey. 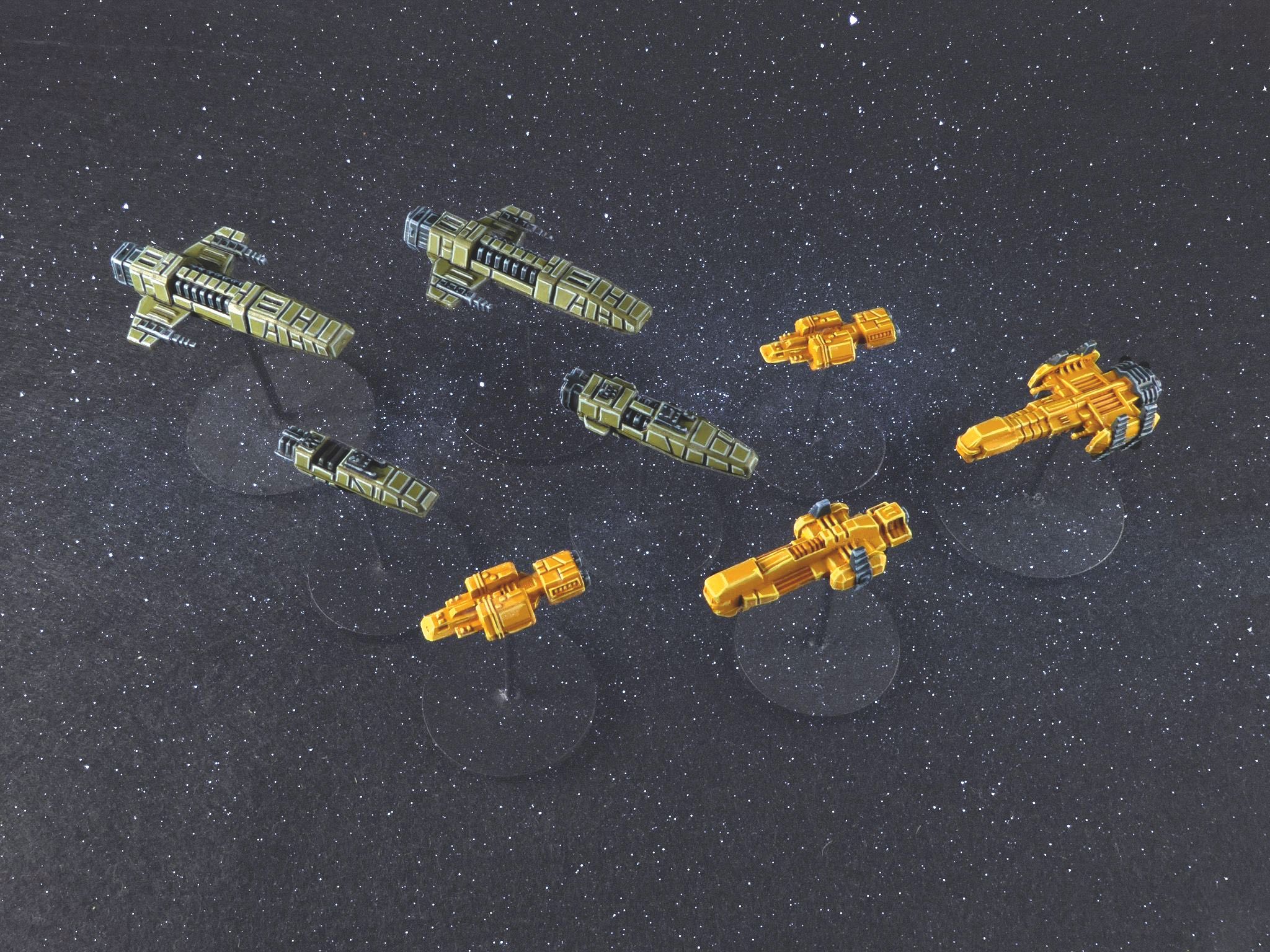 A Billion Suns is a science-fiction wargame of interstellar combat for two to four players, featuring a number of really interesting gameplay mechanics. It is designed and written by Mike Hutchinson, the author of Gaslands. While a fleet-level game, it incorporates ideas more normally found in real-time strategy video games and feels like a very new experience on the tabletop.

Following the release of A Billion Suns from Osprey Wargames last month, we asked the designer to share with us an exclusive, introductory, three-mission narrative solo campaign to help us get to grips with his new game.

To play these scenarios, you’ll need the softcover A Billion Suns rulebook, available from Osprey, and the A Billion Suns Solo Play rules, available to download for free from the official website (link at the end). Play the three missions in order and try to finish the campaign with the most ‘Capital’ you can. Along side the dice (D6,D8,D10 and D12. D3’s) and a tape measure you’ll also need a deck of regular playing cards to play the scenarios and a small playing area – or more than one – should suffice.

“Your Interstellar Market Intelligence Department has discovered that the R&D division of rival consumables megacorp, Leviathan Foodstuffs, has made a break-through. They have some kind of super-bait that can lure Space Kraken to fishing areas more reliably, and in larger numbers, than anything we have.“

“We have tracked a shipment of the super-bait to this system. We need to search all Leviathan container ships to recover a sample, and intercept and question some of the local Leviathan staff scientists....”

See the A Billion Suns rulebook for details of these contracts. As both of the contracts in this game use a ♣ contract deck, swap the Counter-Intelligence contract to use a ♦ contract deck instead.

The scale of this game is 4. The max available revenue is 40$. As indicated by the contracts, this game is played across two tables. This game ends when no more credits can be gained from either contract or at the end of round four.

Follow the regular setup instructions, found on p41 on the A Billion Suns rulebook. 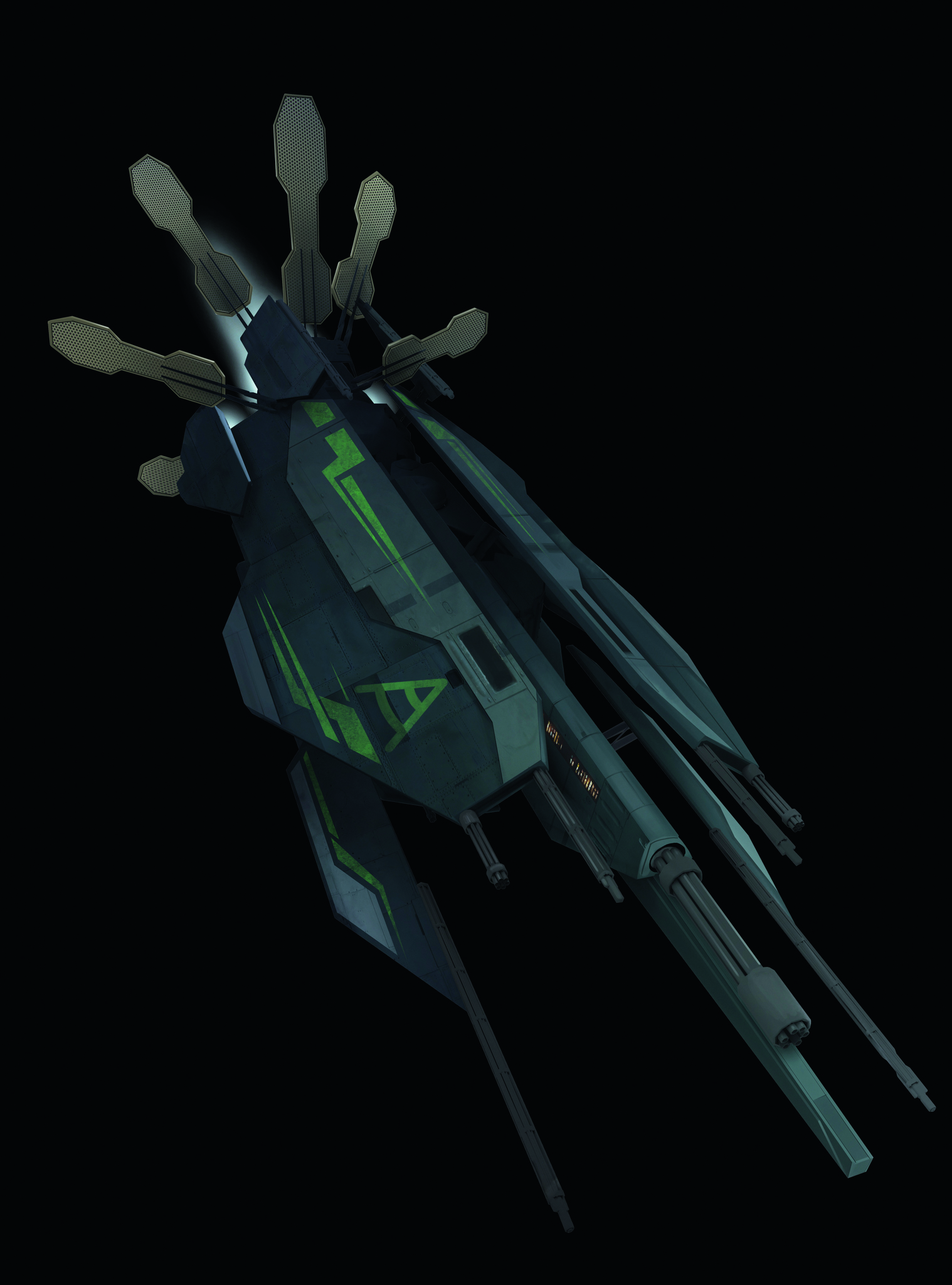 When deploying a battlegroup on a table with a Container Ship, add +1 to the Competitor Activity roll to check for the arrival of Independent Contractors (IC). (See the ‘Solo Play’ rules for details).

If the Claim Jump effect causes the Specimen to be discarded, remove that card from the game.

When checking for control of Container Ships, treat IC ships as belonging to an enemy CEO.

You may not draw more ♣ cards in a given round than the number of Container Ships you control.

If there is a greater combined  of IC with 3” of a facility, you don’t draw a card or gain a Captured Spy token when checking that facility.

“The recovered super-bait sample is organic, massive, and alive. It resembles a nematode worm but is eighteen feet long. With the sample recovered, your teams waste no time analysing it. It seems to continuously emit a powerful energy signal, containing a waveform that oddly resembles the chemical signature of the krakens themselves. Time to test it in the field...”

“The super-bait works like a dream! The Kraken just keep showing up. Let’s bag them, send them down for processing, and then get them shipped out while they are in their prime.”

The scale of this game is 6. The maximum available revenue is 84$. As the contracts lack any instructions to add additional tables, this game is played on just one table.

This game ends when no more credits can be gained from either contract or at the end of round four. 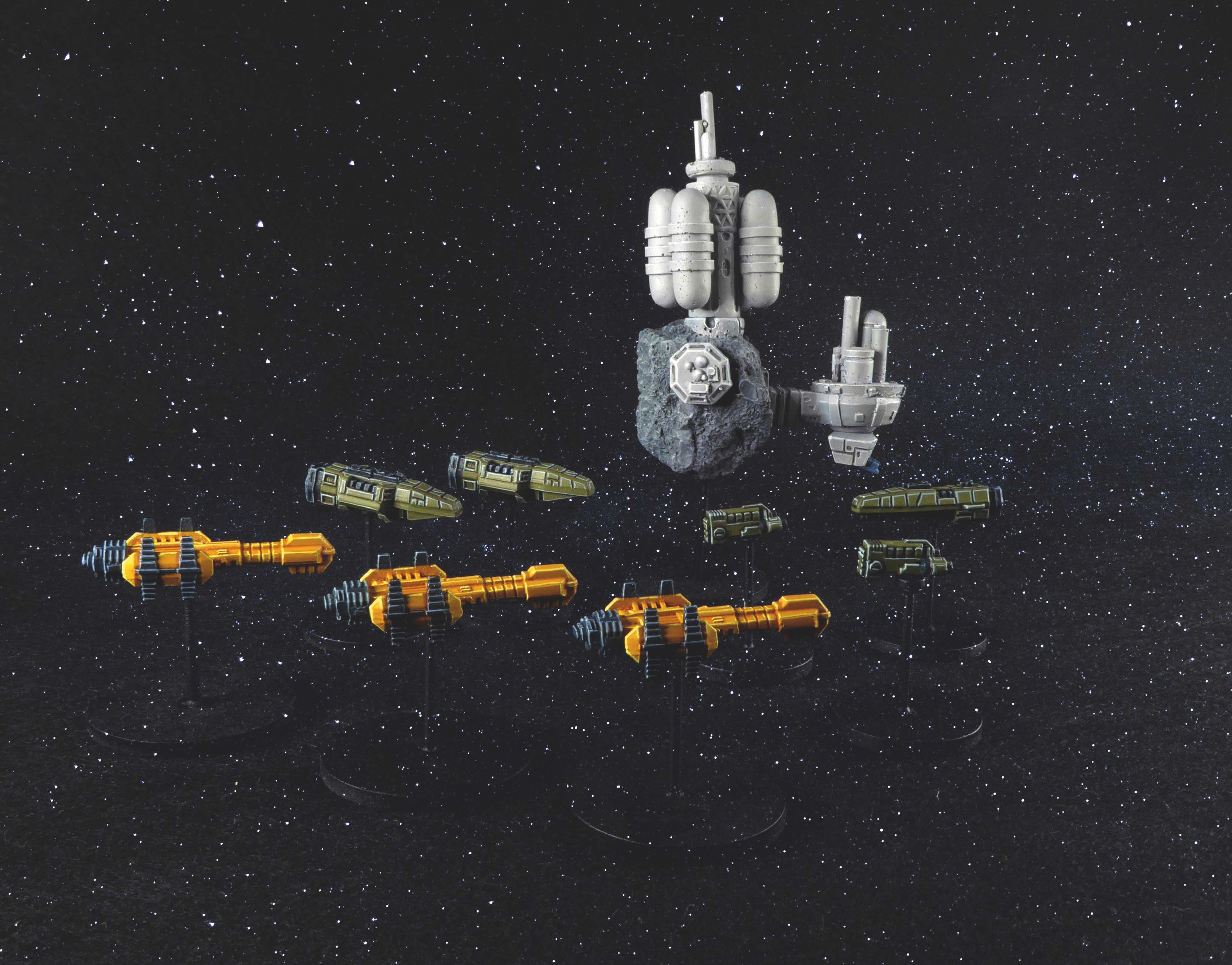 Ignore the normal set up rules. Place the planetoid into the play area first. Then place each Kraken anywhere that is at least 16” away from the planetoid and at least 6” from any other objective.

At the end of the tactical phase, each Space Kraken targets the ship with the highest cost within 12”, or the closest ship if none is within 12”. It moves directly towards and as close as possible to its target, suffers passive attacks, then attacks its target’s battlegroup.

When a Utility Ship battlegroup scans the ♥ planetoid, each ship in the scanning battlegroup that is within scan range of the planetoid may discard any carried Kraken Heart tokens to gain the revenue from the top card of the ♥ Contract Deck for each Kraken Heart discarded. Each ♥ card is discarded as it is scored. 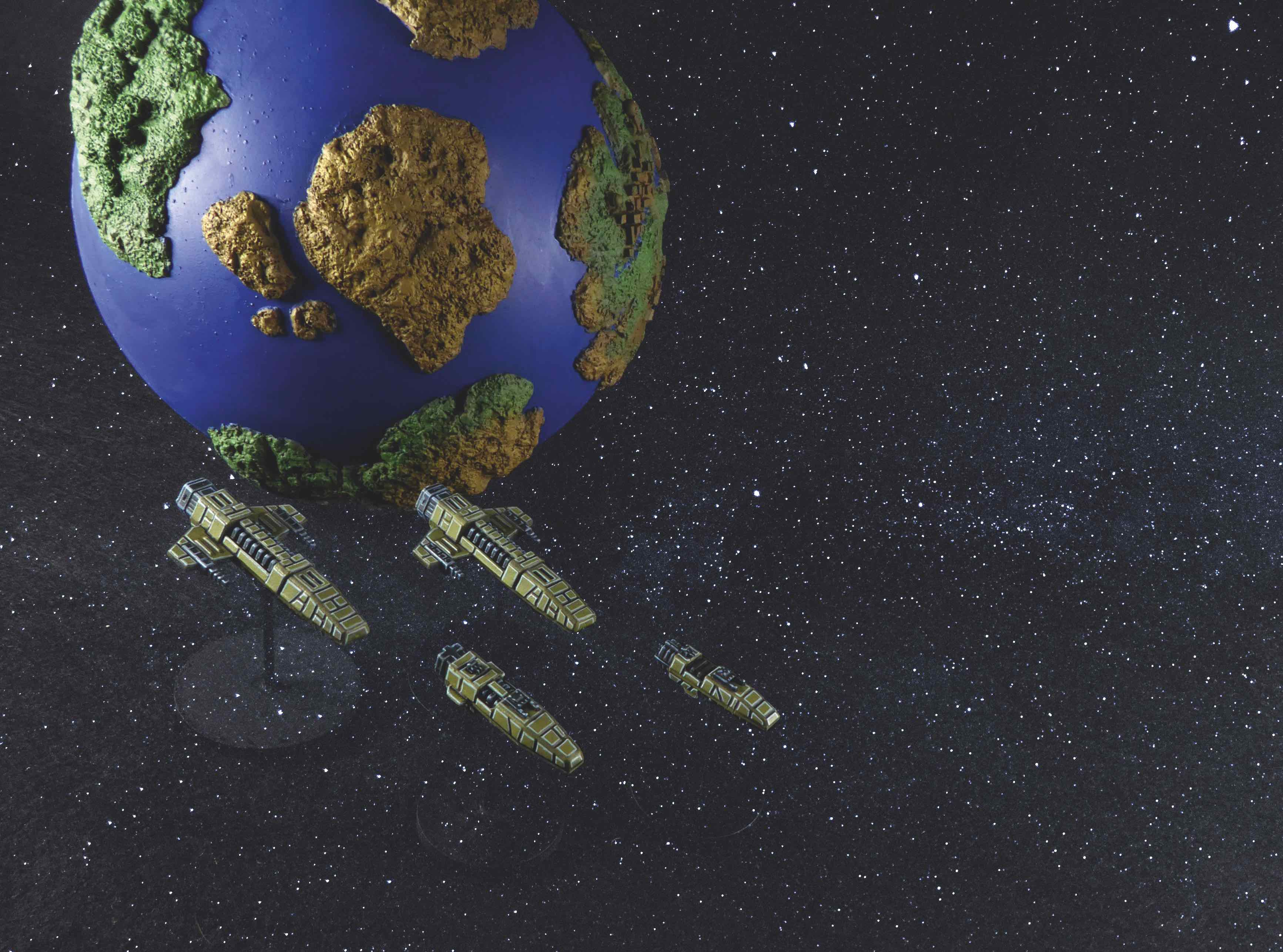 “Something is badly wrong... the super-bait works too well! The kraken are amassing in huge numbers and more are arriving all the time. They are unusually wild and violent, like they are searching for something. Very little is known about the lifecycle of the kraken. Is there something about the bait-worm that is causing them to behave like protective parents?”

“This system is soon to be overrun. We need to evacuate our operations fast, but not before blowing the evidence into space. We can’t allow it to fall into the hands of the competition!”

The scale of this game is 5. The maximum available revenue is 90$. As the contracts lack any instructions to add additional tables, this game is played on just one table. This game ends when no more credits can be gained from two of the three contracts (which will be the end of turn three due to the way these contracts work). 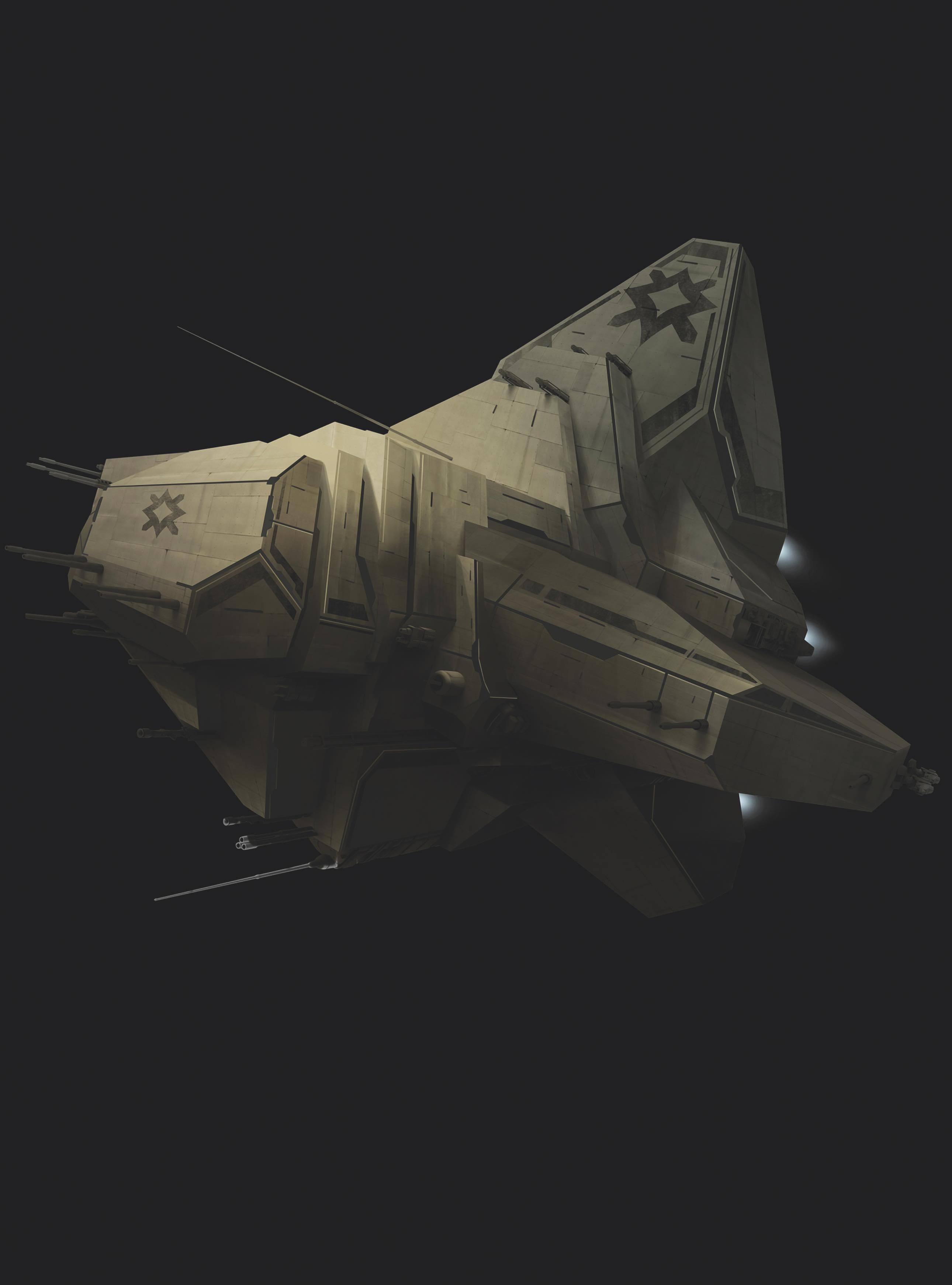 When checking for targets, Kraken consider facilities to be ships with a cost equal to the current revenue available from the top card of the ♠ contract deck.

If an Independent Contractor Utility Ship is within 3” of a Kraken Heart at the end of its activation, remove the Kraken Heart from play.

In the end phase, place a number of new Space Kraken into play equal to the current turn number. Place these new Kraken exactly 20” from the planetoid and as close as possible to a randomly determined objective. If you noted that ‘you didn’t make your targets’ in the last game, place +1 additional new Space Kraken.

If you gained 10$ or more credits from the Demolition Contract contract, you successfully escaped with a backup of your super-bait research. Gain 1 Capital. 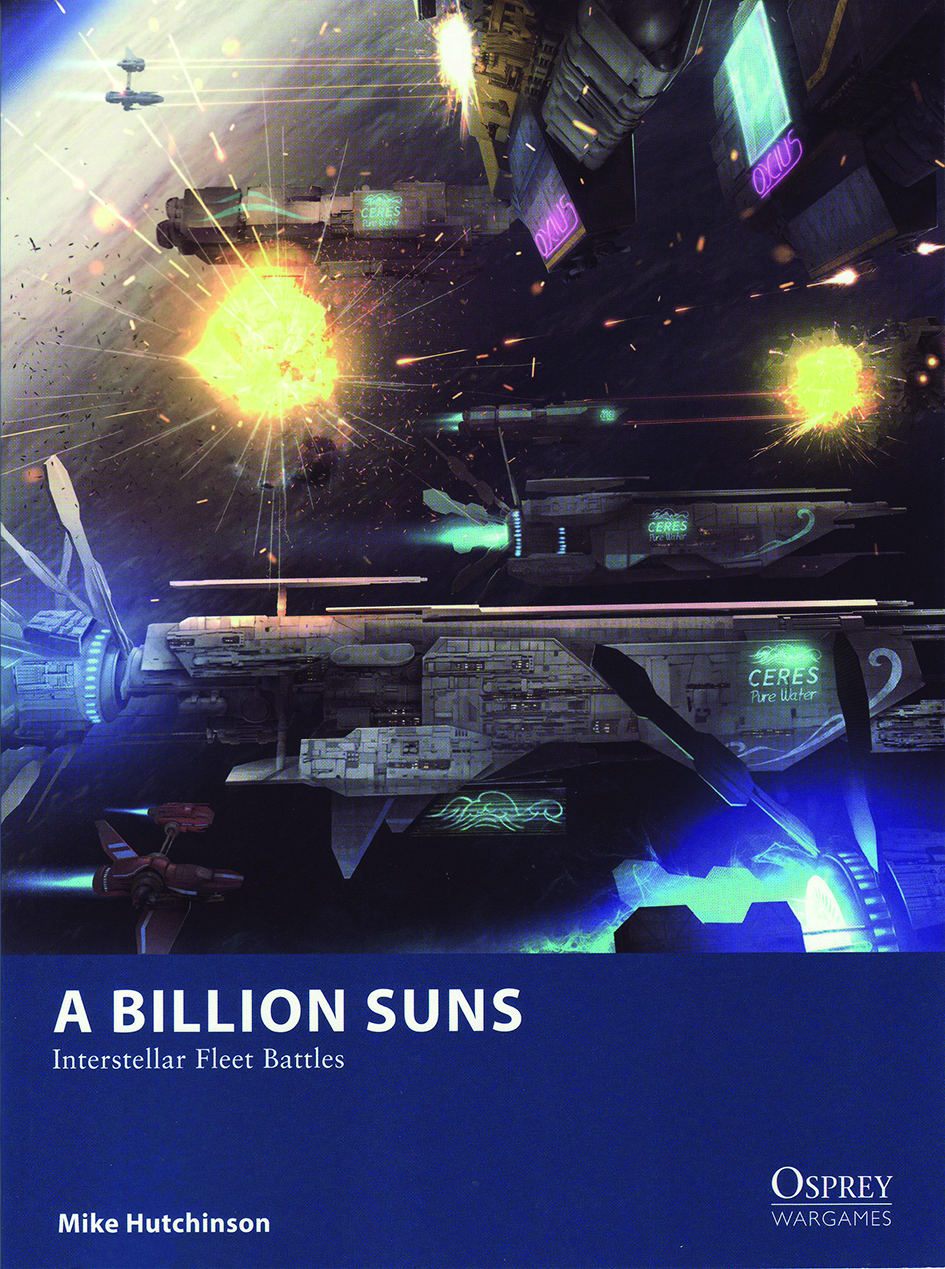 What were the results from your three missions?

If you gained 5 or more Capital across these three missions: You proved yourself a shrewd leader. You flee the sub-sector rich, but carrying secrets that will cause you to be hunted by both kraken and competition alike. You are unlikely to have a quiet life.

If you gained less than 4 Capital across these three missions: You are fired. You are still in possession of valuable company secrets, but your career as an interstellar corporate executive is over. Time to set up shop in a less legitimate line of business?

I hope that you enjoy this short solo narrative campaign for A Billion Suns, and that reading this article inspires you to check out the game. You can visit the official website (see the links below) for more information and free downloads, including the solo play rules that I mentioned earlier.

In space, no one can hear you scheme!