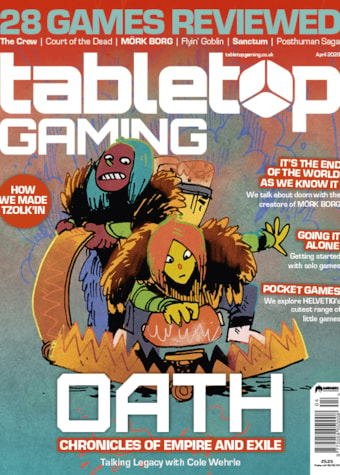 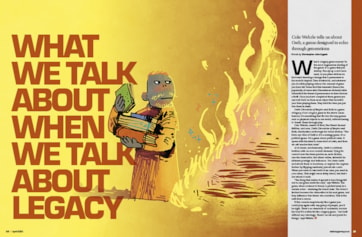 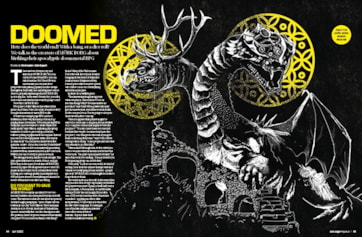 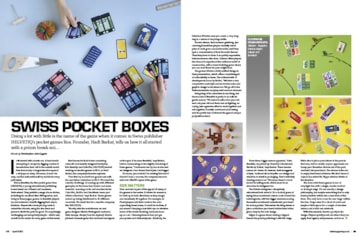 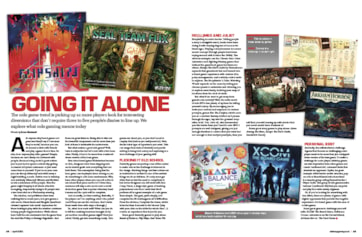 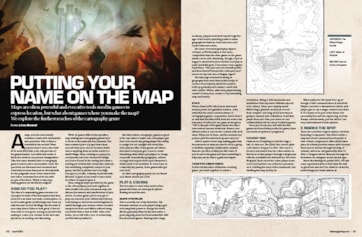 Issue 41 is buzzing with really smart ideas from really smart people. We have our cover story, Oath: Chronicles of Empire and Exile, which attempts to create a legacy game you don’t have to ruin when you play it. We also have a wander through the doom metal world of MÖRK BORG – an RPG where you start every day seeing if the world will end. On the lighter side we have HELVETIQ’s pocket game range of charming distractions in little boxes.

Oath – We talk to Cole Wehrle about his approach to creating a legacy game that you didn’t have to destroy while playing. Taking an entirely different and somewhat forgotten path in gaming, Cole has found an elegant answer to the question of how games should contain their physicality. It’s also about toppling the empire every generation and leaving a changed board state for the rest, so that’s fun!

MÖRK BORG – It’s the end of the world as we know it, and we’re having a good time in this doom-laden RPG. We talk to the game’s creators about their vision for the game, and whether you should really burn the book when you’re finished with it.

Solo Games Guide – We talk you through how to get into solo gaming, and what games you should get started with. Great for if you’re stuck at home, or just need some ‘me’ time.

Cartography Games – Here be dragons, and here be a swamp, and here be a forest of carnivorous pineapples… it’s really up to you when it comes to building a world with these map-making games. Played either in collaborative groups, or in a solo setting, they’re a fun way to flex your creative muscles.

Pocket Games from HELVETIQ – We talk to the Swiss publisher about their range of small-box games that are universally cleverer than they look by half!

We’re also looking at being a spy and not getting caught in Codenames for All the Jahres, and find out How We Made Tzolk’in – which is sure to get your cogs turning.

And of course, we’ve reviewed a ton of games, including:

Get more bang for your buck! Subscribe here and get your issue delivered to your door, exclusive promo gifts, special subscriber covers, plus save money every month! 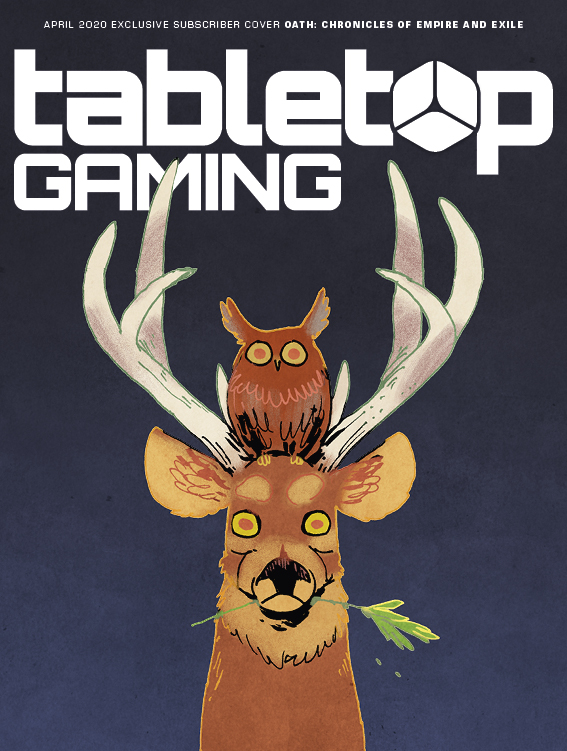