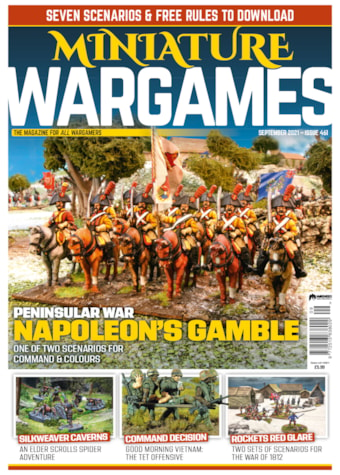 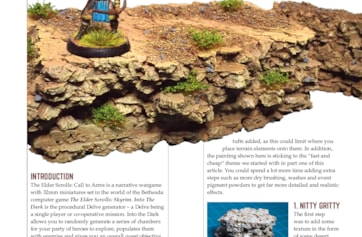 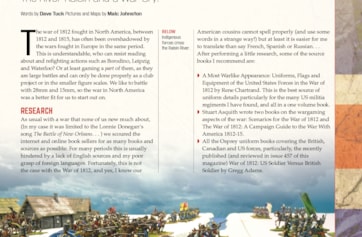 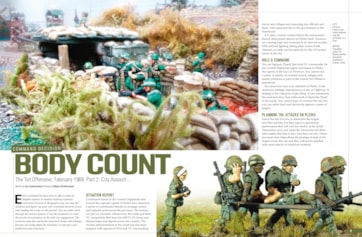 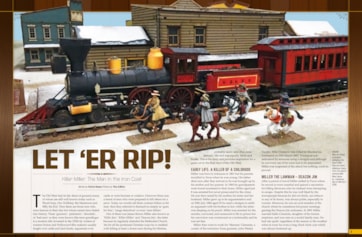 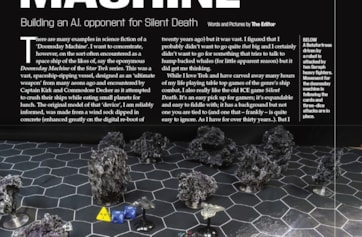 On the cover and inside: A Spanish Peninsular War scenario for Command & Colours; Command Decision with a Vietnam War scenario; Let ‘er rip: a Wild West scenario and downloadable rules; Silkweaver cavern: An Elder Scrolls Dark Delve scenario. Doomsday Machine: an A.I. system for Silent Death solo play. Rockets Red Glare and The War of 1812 – an American versus British double feature with scenarios and rules options. Scratch builds for a German Barn and a cave system! and – along with all the usual news and reviews – Last Word with Chris Peers.