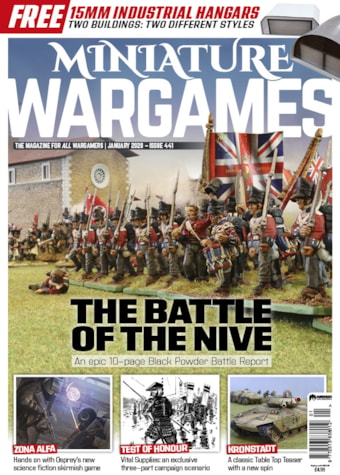 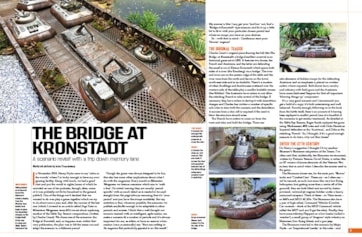 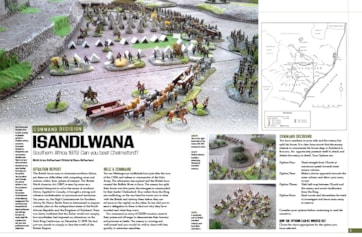 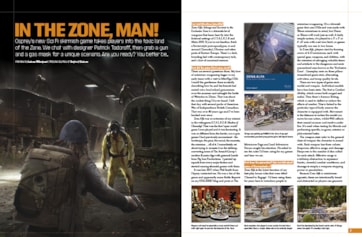 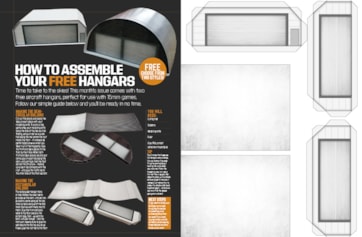 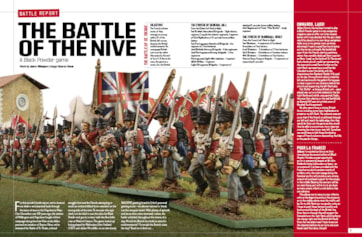 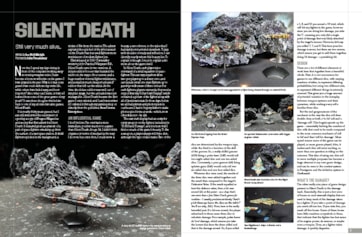 SEND THREE AND FOURPENCE
All for the glory of France! The Men who would be Kings scenario by Conrad Kinch.

The bridge at Kronstadt
Henry Hyde joins the Editor for a classic Table Top Teaser: but in the 27th century!

Defence in Depth
With the latest figure and rules reviews.

Command Decision
Isandlwana: it’s Southern Africa in 1879. But can you beat Chelmsford? By Jon Sutherland.

Blood in the Shires
The Editor enters the Age of Sigmar.

In the Zone, man!
Hands on with Osprey’s new Blue Book.

Battle of the Nive
A Black Powder battle Report from the Peninsular War.

Recce
Books for the discerning wargamer.

Pick your level >> Gold, Platinum or Diamond to suit your budget and then let us do the rest!