Something to get your claws into

The X-Men have deserved a proper outing for a long time. One that fully represents what the message of the comics, cartoons and films has been reaching for – something that covers the range from teenage dramas and general do-gooding through to fighting reality threatening forces of evil. Mutant Insurrection might just be able to pull it off, if you’re willing to put in a bit of teamwork that is. 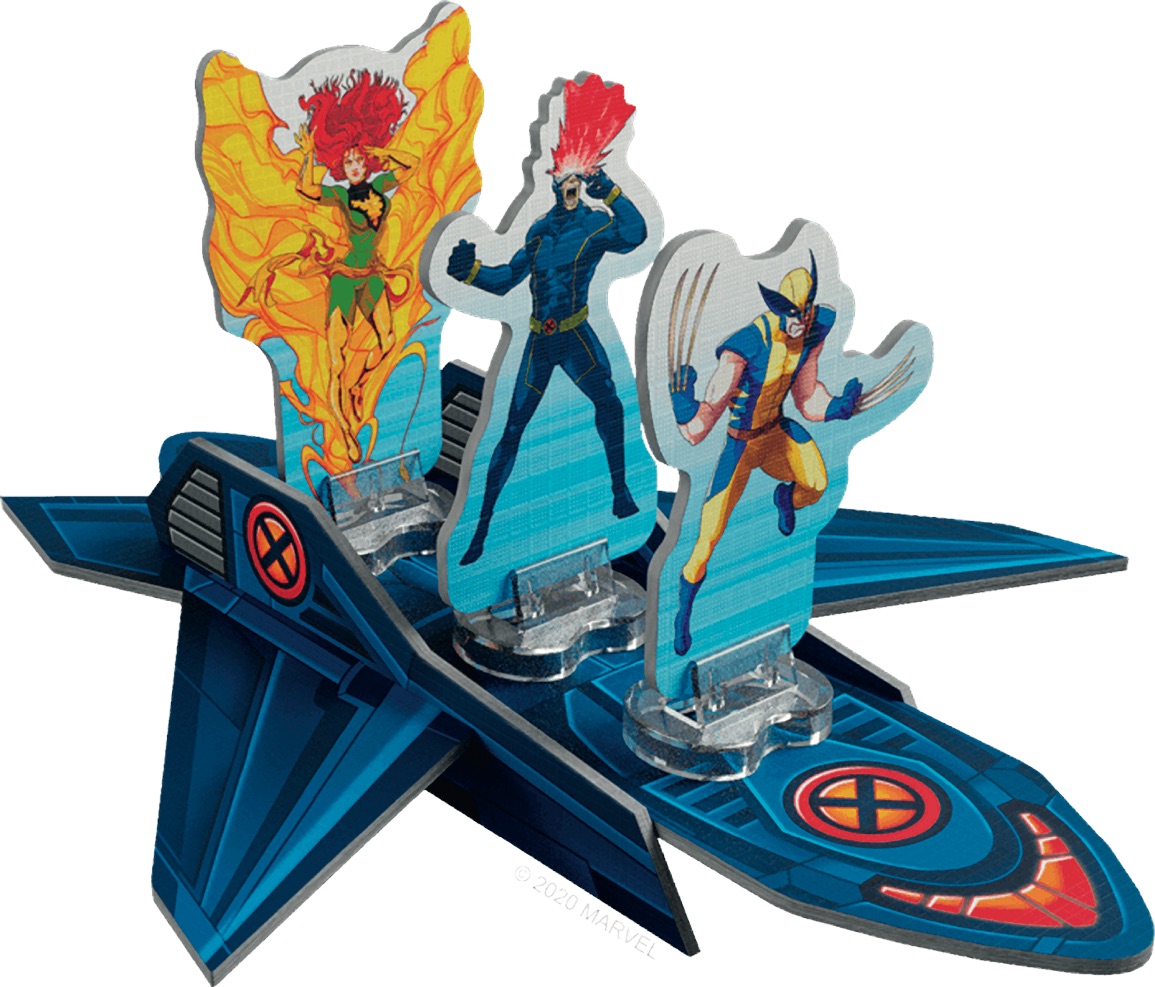 Players pick a X-Men standee, possibly of a favourite, possibly of a slightly obscure character from the mutant lore, and their associated character and assist cards. These are what give you your dice pools which will be used for clearing off anything from humanitarian aid missions, to defeating enemy mutants, to the final showdown of your current storyline with a boss battle.

Teamwork comes into play not only because it’s one face of the dice, but also in swapping assist cards with those on your team. This gives them a special power that they’ve borrowed from you and also a slightly different dice pool which can then be used tactically to improve their rolls and rebalance the character. If you’ve got multiple heroes going on different missions together, the swap negates some of the ‘I can’t help on that one because I’m not very punchy’ conversations and makes everyone’s contributions worthwhile.

As with all cooperative games of this style, we’re just holding back the tide. Villains left out and not resolved will push up the threat meter, which dictates the severity of the event cards drawn at the end of the round. It’s easy to get overwhelmed on a few bad rolls, and this is compounded with failures that see your ‘bond’ cards flipped.

Bonds offer bonuses when two bonded members of the team are on the same mission – but when a bond is broken this becomes a burden, giving both players negative effects when working together. It models the kind of storylines of the X-Men universe well, but it’s frustrating that failure begets angst that leaves your team weaker. It can be fixed of course, but when Wolverine won’t be in the same room as Angel then you do feel more like a school teacher mediating on the playground than a superhero team.

But that’s kind of the point. Pulling it off as a team feels great, and the boss showdowns – comprised of a panorama of multiple cards that have to be defeated in dramatic fashion – are tough. While the standees instead of minis and the freeform layout of the game still makes it feel a little cheaper than a ‘proper’ X-men outing, its heart is entirely in the right place.

A slightly messy, but entirely heartfelt love letter to some of our favourite superheroes.

The Fantasy Flight title that this game is based on can give you a supernatural horror kick, instead of a super heroic one.