A puzzle-y monstrosity (I say with some level of affection), Witchstone is a game that uses its pretty colours to disarm the concerns of your strategic brain into thinking this will be a straightforward affair, before offering choice after choice of options and point scoring opportunities. In fact, you could argue that the game is a collection of mini games, with small links to each other, and precariously held together with the magical theme. That sounds rather like a disparagement of the game, where instead it’s quite impressive to have done so lightly.

To rewind a moment for context, Witchstone is a Reiner Knizia game, designed with Martino Chiaccheiera – but if his name wasn’t on the front, I wouldn’t immediately assume it’s a Knizia game, as it feels rather different. You play as a witch, trying to regenerate the energy field of the Witchstone, and are trying to gain as many points to prove yourself Master of the Witchstone, essentially multitasking to the best of your ability, pulling points from a vast range of opportunities. Each turn, you take moves that vary wildly, creating set ups to bank you the most points.

And sure, the first game is fun, even the second, but by the time you’ve weaved every point builder you can think of into an elaborate web for turn eleven (and the end of the game), the satisfaction is unreal. From the domino like placement on the cauldron that offers you control, to the route building of the crystal ball in the centre, you’re going to have to be constantly aware of what’s going on everywhere as much as you can, and try to plan several outcomes for three moves ahead. That also includes playing on the main board, whilst using your own cauldron board, and hiding your tokens behind a mini screen. Overall, it’s a fun game for gamers (perhaps not for the uninitiated), but is it perfect? Well, no.

Whilst it’s fun ultimately to build so many points, with some really effective combo builders that are incredibly satisfying to execute, there are some aspects of the game that are frustrating, ones which the game makes no apologies for. Firstly, with so many options available to you, it initially feels incredibly overwhelming. Each turn offers six action types, but each of those actions taken might influence one of the other or subsequent actions you can take and you’ll need to manage each of those differing point builders from the beginning. The rulebook, though smaller than it first dauntingly appears due to containing a number of languages, is okay – it gives you the information you need, but makes no concessions to try to help you understand any priorities.

Once you’ve got your head around what it is that you can do, even if you’re perfectly prepared for your turn and take no thinking time at all, your turns can get pretty long, a side effect of being able to stack combinations so effectively. When you do add in the inevitable thinking time you can find yourself waiting on others for a period of time that has you zoning out a bit – the last thing you want to do when you’ve got to remember the combinations you’ve planned to enact upon your turn. For this reason, my preference became a two player count, simply to be able to enjoy and be impressed by the combinations, rather than begrudging of how long they take to get through over the course of eleven turns at four players.

This is a game you’ll need to go into with your eyes open. If you’re on the fence about this style of game, stay away from it, but if you’re a fan, you’ll get a whole lot of satisfaction and enjoyment from it. I called it at the beginning a puzzling monstrosity, and it is exactly that, but an enjoyable one nonetheless.

If juggling a ton of different options while maintaining a network is what works for you, then Witchstone might be the fantasy upgrade you’re looking for. 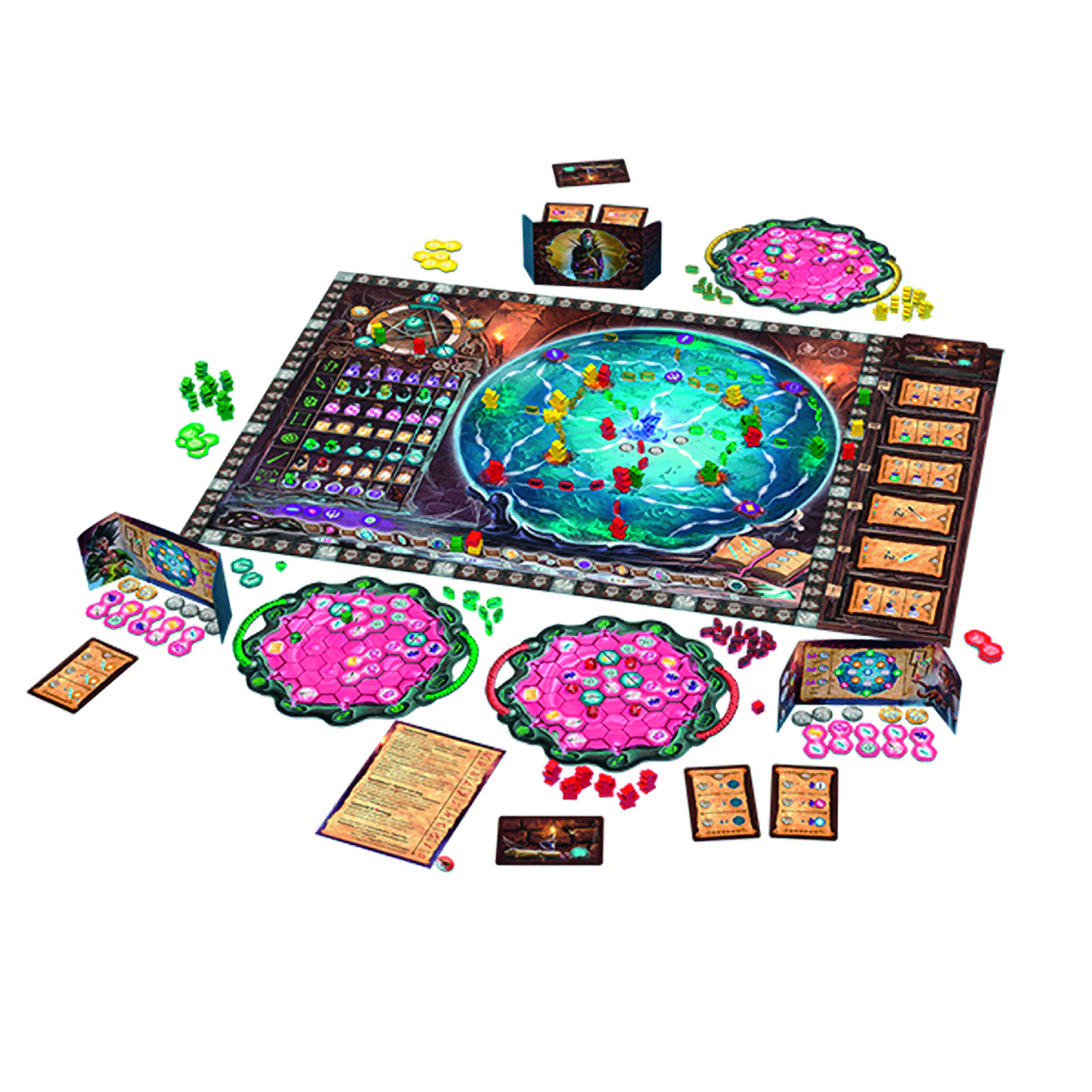