The cold never bothered us anyway

In Winter Queen, players draft chunky crystal pieces to create abstract patterns on a circular board to score points. The game’s elaborate thematic premise of the Winter Queen’s competition to find the best sorcerer advisor through a magical crystal spell casting competition is almost instantly forgettable, with colourful crystals and the snowy artwork of the board being the only thematic carryovers. Taking centre stage is the puzzle of arranging the crystals in the most point-earning pattern, although it takes some time to get going.

Players begin by populating the board with crystals from different plates into one of the board’s four regions. They can also pick up a spellbook from that region that will show two patterns, that when activated by placing and then later spending a crystal on them, can be used to score one or both arrangements. Players decide when to score the spellbooks and which colour crystals to place on them. This gives a certain amount of flexibility and pre-planning for more optimal scoring. However, keen-eyed opponents will also have time to either jump on the same scoring opportunity or try to thwart these efforts.

At the start of the game, with few crystals on the board, the scoring is slim pickings: there aren’t many bountiful patterns to be made, so the goal is just to keep the score ticking over slowly. However, the latter part of the game is where Winter Queen truly shines. Free spaces on the board may be few, but the scoring becomes really puzzly: adding just one crystal can radically change what the most point giving pattern on the board is. Spotting it at a right time (and hopefully ahead of other players!) is the true joy of the game. It is a real crescendo to finish on, even it if takes a bit of the slog to get there. 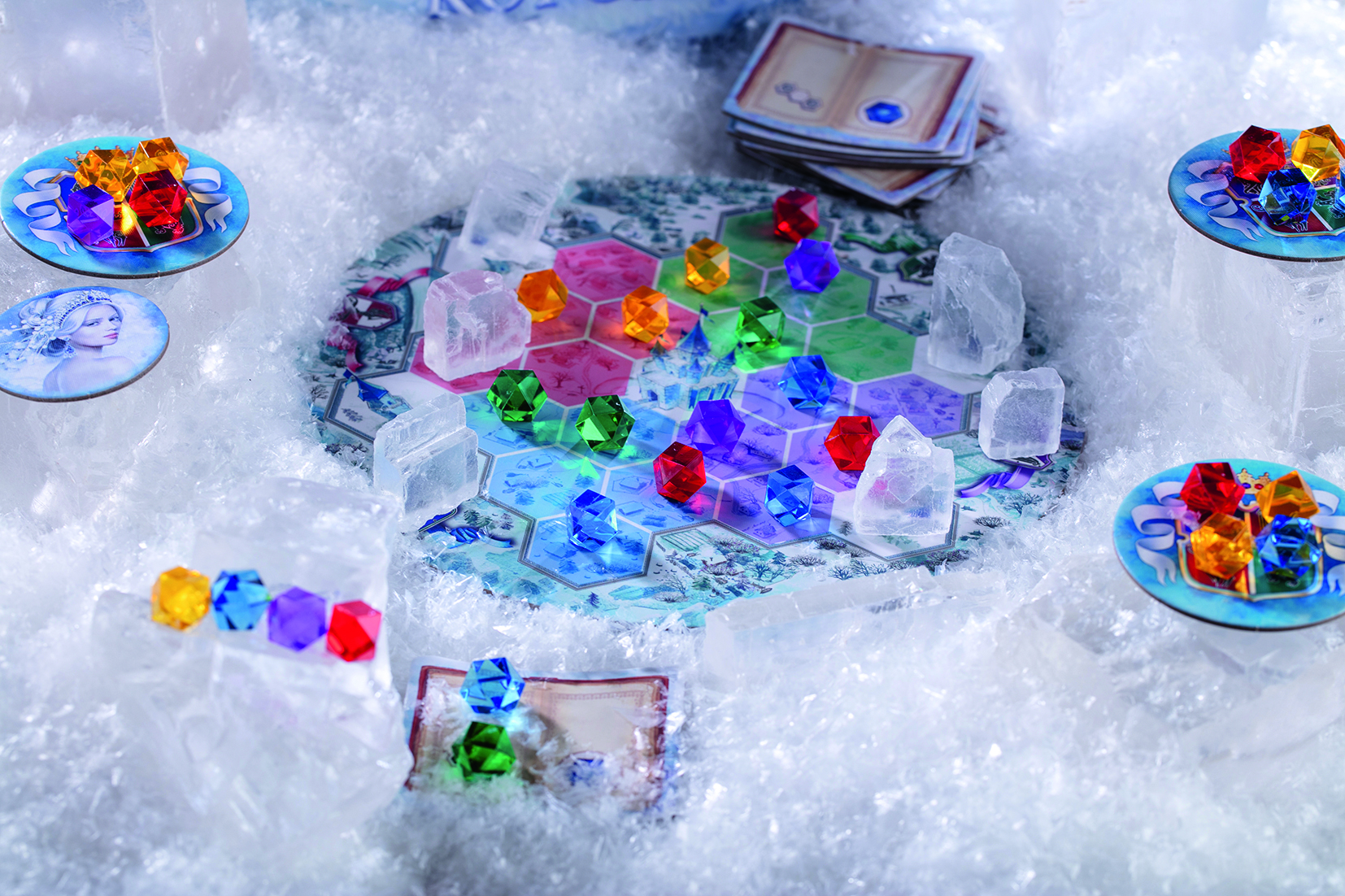