Good to be bad

Do you ever sit down and wonder what life is like for the folks on the other side of the dungeon door? Have you ever thought it would be fun to flip the traditional RPG script and play as the beasts in the darkness, and to trap the heroes as they try to force their way into your blood-spattered lair? If so, welcome to the world of Wicked Ones.

Based on the Forged in the Dark (FitD) system used in games like Blades in the Dark and Scum & Villainy, Wicked Ones uses a simple set of core rules and character options to spin surprisingly deep tales of greed and of evil that revels in flipping old fantasy tropes on their head.

It sets its players up as leaders of a dungeon, complete with nameless minions to command and diabolical traps to plant. Rather than working towards nebulous heroic aims found in most campaigns, the game is centred around the assumption that your dark heroes have been pulled together to work towards some grand (and thoroughly evil) master plan. This might be as simple as conquering the nearby city and slaughtering its inhabitants, or as esoteric as collecting weird magical artifacts to use in an arcane ritual that can summon a monstrous goddess.

You achieve this by slowly working towards your aims and running through a well-defined series of phases that cycle between dungeon maintenance, monster raids and possible repercussions in the form of adventuring parties knocking on the front door.

There is a strict order and pattern to how the game is intended to play, almost to the point of feeling like a board game in places. While this may feel a little restrictive to players interesting in more free-form, organic roleplay, the firm structure makes planning and handling individual sessions surprisingly breezy, and helps to make the game stand out among the legion of fantasy RPGs sitting on the game store shelves. 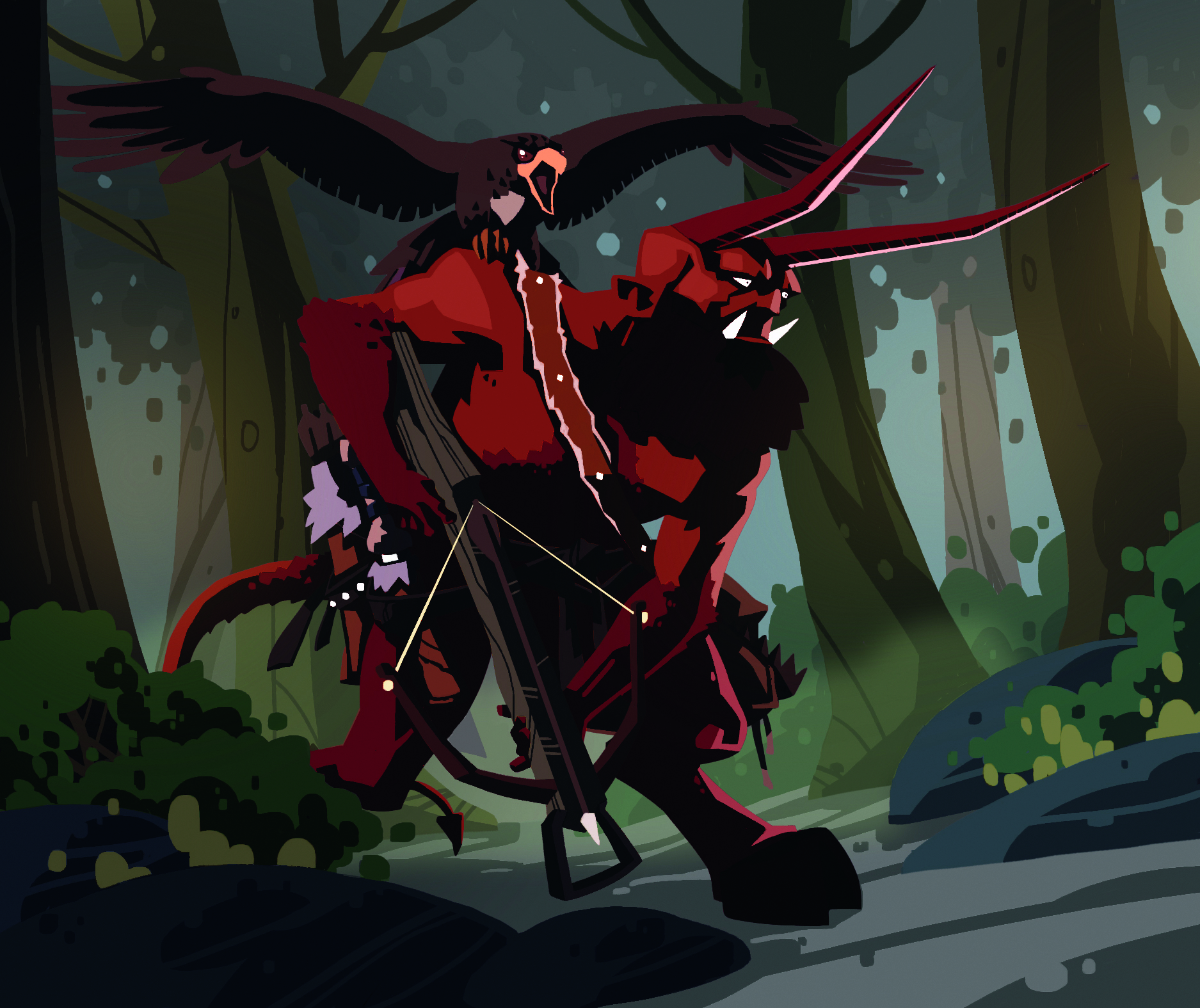 The core rules are all handled by the same ideas you can find in other FitD games, which means that checks and tests all involve throwing a handful of six-sided dice and hoping that at least of one of them comes up high. On top of this, Wicked Ones keeps a lot of the hallmarks of the system intact, including the use of segmented clocks to represent approaching threats or passing events, and the chance for players to make use of flashbacks to declare that they totally planned for whatever weird events have just occurred.

The result is a game system that works wonderfully, with plenty of room for dashing cinematic moments and an emphasis on letting the characters play to their strengths. However, it’s also worth acknowledging that between the four different phases, adventurer raids and dungeon expansions there are a lot of sub-systems to get used to. This makes it a little tricky to just pick up and play with minimal introduction, but as almost all the various systems are built on the same chassis the learning curve is lengthy but not too steep.

At the same time, it’s worth keeping in mind what Wicked Ones is, and what it isn’t.

For a start, the name should really act as a guidepost to the kind of characters you’re going to be making – namely, monsters. There’s a real temptation to see a game where you play as the traditional bad guys and try and run them as misunderstood heroes, or as regular adventurers who just happen to have scales or tusks. Try this in Wicked Ones, however, and you’re probably going to struggle.

So much of the game is built around the fact that the characters you are playing are monsters. Each and every one of them comes packed with dark urges and evil goals, and the rules are set up to reward you for playing into these aspects of their personality. Hell, one of the most important phases of the game is centred around going out and raiding for loot and for fun, and sooner or later that unarmed little village is going to offer a tempting target.

Even with the core rulebook’s solid section on keeping your players safe and happy, not everyone is going to want to play as a bad guy. Indeed, if you’re after Dungeons & Dragons in a Halloween costume, this may not be the game for you.

If, however, you’re after a tight game about indulging in a little darkness and hacking up the so-called heroes that dominate the RPG scene, well, this may be the book for you.

TRY THIS IF YOU LIKED Dungeon Keeper

The traps may not be quite so elaborate as they were on PC, but the roleplaying is top notch