WELLINGTON AGAINST SOULT: The Second Invasion of Portugal 1809 New book from David Buttery covering one of Wellington's famous opponents in the Peninsular War. 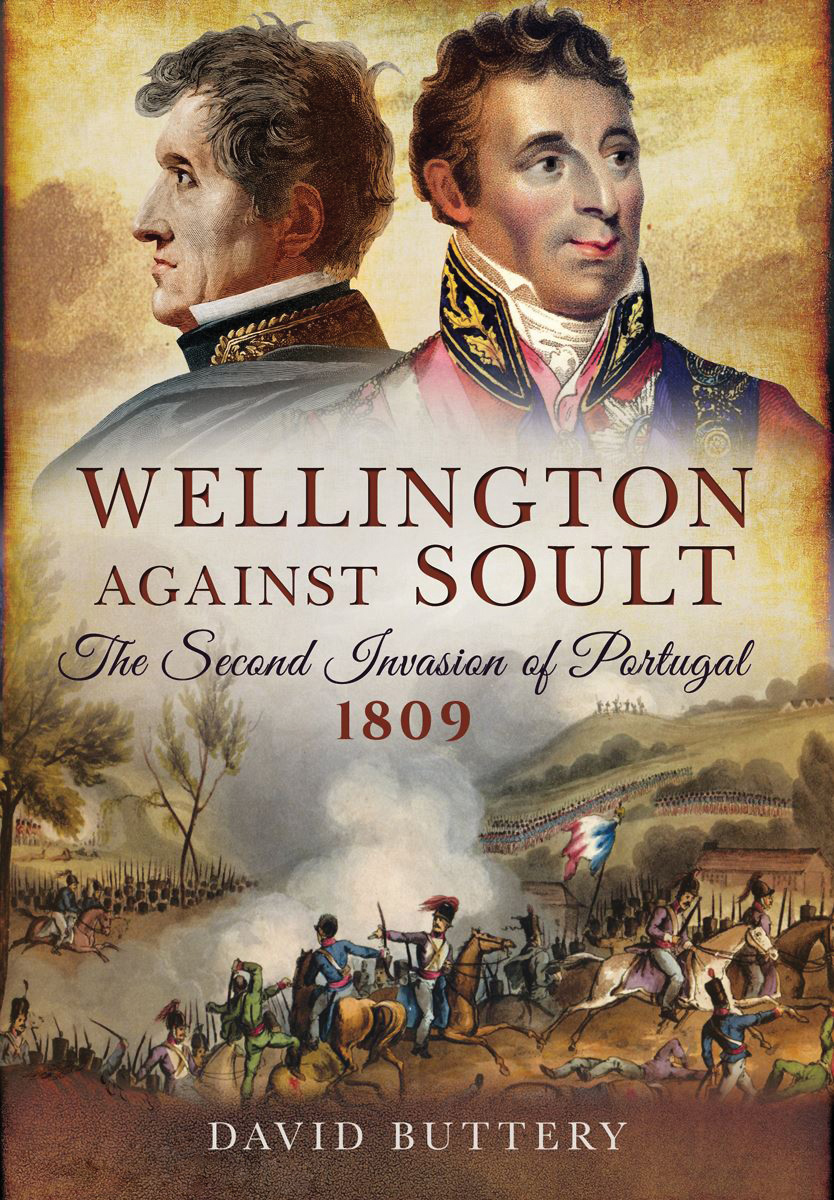 David Buttery has already written Wellington Against Junot: The First Invasion of Portugal 1807-1808 and Wellington Against Massena: The Third Invasion of Portugal 1810-1811 so this volume completes a trilogy covering the French operations in Portugal and the British response during the earlier part of the Peninsula War. He is marching along roads previously traversed by William Napier, Sir Charles Oman and Sir John Fortescue – like Isaac Newton, he has ‘stood on the shoulders of giants’ – with the benefit of both additional contemporary letters, diaries and memoirs that were not available to those eminent historians and also the opportunity to compare their interpretations and conclusions in his final chapter.

The author follows a broadly traditional, chronological approach to his subject. At appropriate points in the overall narrative, he inserts chapters which contain biographical details, and the military careers up to that point in time, of Soult – Chapter Two, The Duke of Damnation - and Sir Arthur Wellesley - Chapter Five, A Change in Command. Chapter Six, The Marshal Who Would be King, deals with the Argenton Conspiracy and considers whether Soult seriously intended to bring about regime change in Portugal and proclaim himself king. He concludes his narrative of the campaign with a brief account of the subsequent careers of the two protagonists, a biographical approach which may lead to some repetition should he tackle the campaign in the Pyrenees in a later volume in this series!

Maps showing Portugal; the Second Invasion; the Allied March North; the Passage of the Douro, 12th May 1809; and Soult’s Retreat are bound at the front of the book. They provide a useful companion to the text, being drawn for the purpose rather than the poor quality reproductions of nineteenth century maps often used in similar books. They are followed immediately by a seven page chronology of events from Soult’s birth on 29th March 1769 to the death of Wellington on 14th September 1852, which reflects the author’s biographical approach to the campaign.

The black and white illustrations are a curate’s egg: some – such as the modern photographs of the Bishop’s Seminary, the River Douro and the Memorial to the Peninsular War in Porto, nineteenth century engravings of the fighting at Porto and portraits of Sir John Craddock, Marshal Soult, General Foy and Sir Arthur Wellesley – are very relevant; others – an unidentified naval battle; British troops at Albuera; an illustration from Jenkins’ Martial Achievements showing British troops landing on a beach, admitted by the caption to be ‘quite different’ from Wellesley’s actual attack, and an engraving of Marie Louise conscripts of 1813-14 – have rather tenuous connections to the subject of the book. There are also some too familiar reproductions of engravings of Napoleon reviewing his troops and Goya’s depictions of French and guerrillero atrocities.

Twenty six pages of notes, a seven page bibliography and a twelve page index complete a carefully researched and well written book that will appeal to anyone interested in the Peninsular War and be most useful to wargamers wishing to recreate one of its less well known campaigns, especially if they do not possess the works of Oman or Fortescue.

This review is taken from Miniature Wargames with Battlegames issue 400.