Chilling out in the Old World

One of the biggest draws of Warhammer Fantasy Roleplaying is the chance to explore its impossibly detailed, wildly violent setting, and though it’s more of a primer than a campaign guide this latest sourcebook gives players a chance to explore one of the Old World’s coolest cities – both figuratively, and quite literally.

Like so much of the Warhammer cannon, Middenheim is a setting that steals liberally both from real history and fantasy fiction. Loosely Scandinavian in feel, it’s a mountainous city of cold winters and long beards, where dirt-flecked criminals prowl frozen streets and the knights wear wolf-pelts around their necks.

In fiction, it’s an exciting bastion of civilisation in a harsh land crawling with danger – all good qualities in an adventure-centric RPG. As a game setting, it gives GMs a chance to explore a new and distinct part of the world without abandoning all the convenience and familiarity of the Empire that serves as the game’s base location.

The book is not a particularly lengthy one, coming in at a shade under 160 pages. However, within this space it manages to squeeze an impressive amount of content, ranging from a lengthy history of the city and the surrounding region through to worryingly lengthy list of cults and dark sects (really, it says an awful lot about the Warhammer Fantasy world that this last section deserved its own chapter).

While the sheer breadth of content is impressive, the book rarely provides much more than whistle-stop sketch of the sights and sounds of Middenheim. Even the most important figures and locations rarely warrant more than a half-page of information, whether these deal with rivalries between the city’s leaders or the state of the lawyer’s guildhouse. 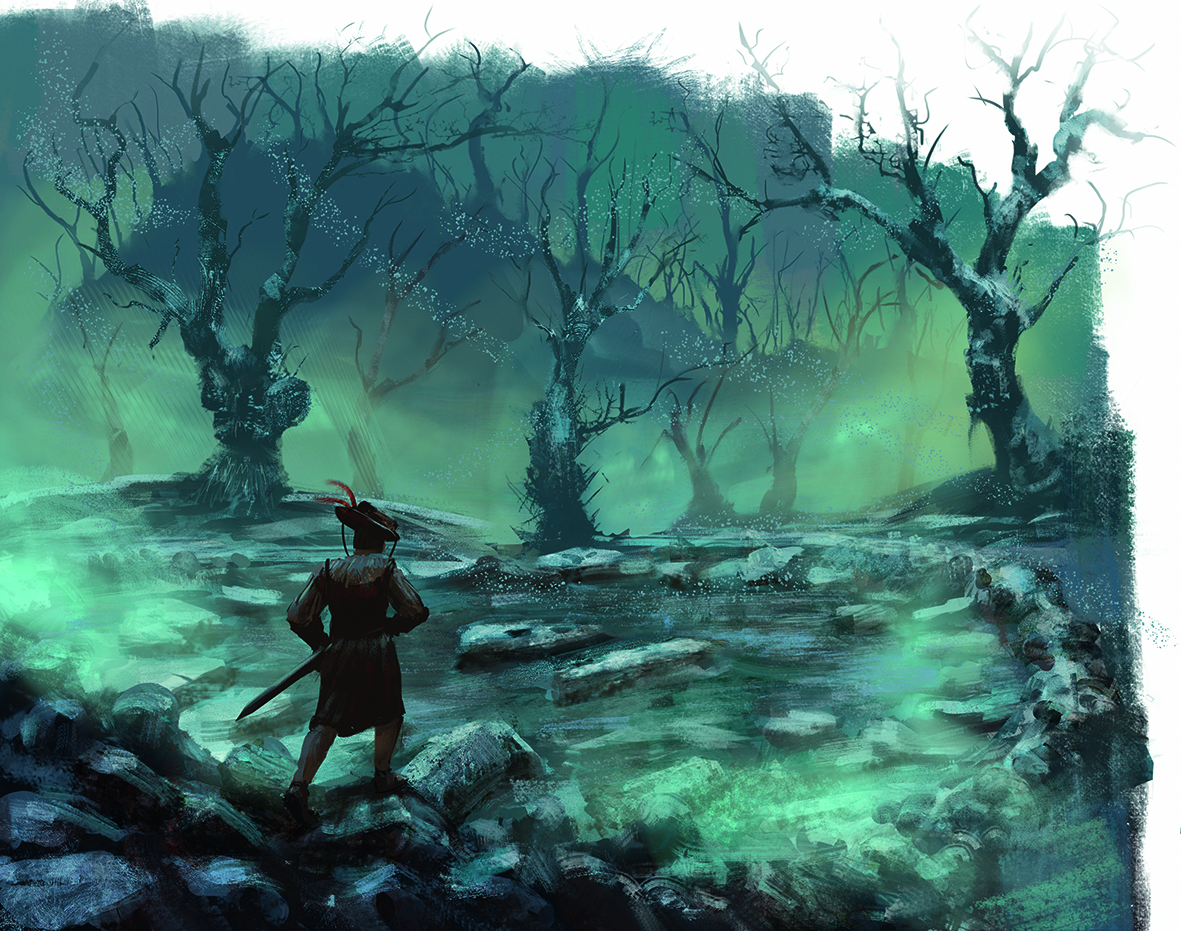 Fortunately, this relative lack of detail is more than balanced out by one of the book’s greatest features – the story hooks.

Marked with a stylised fishhook, these sidebars and box-outs provide inspiration for running adventures linked to virtually every location and character in the book. A cheap tavern, for example, might need help ousting rowdy customers who refuse to leave, while a ritzy tailor might want to outfit particularly heroic characters in clothing that attracts unexpected trouble.

The hooks range from the wildly creative to the solidly predictable, but as a whole they’re wonderful little tools that can help to kick off a flood of inspiration that can keep your group gaming long into the night. In all honesty, you could probably run an entire campaign set in and around the city using nothing but the scraps of story and conflict they suggest.

If there’s an issue with them, it’s that the hooks are merely the first spark of any adventure. They are there to provide inspiration and push the GM to think up complications themselves, and if you’re after more detailed, more structured quests for your players you might find them more tantalising than strictly useful.

The same could probably be said of the new rules content, which is really rather limited. You can count the amount of new, region-specific monsters on the fingers of a single hand and there’s only one new career path – the Warhammer Fantasy equivalent of a character class – for players to pick up.

However, while this might be a little disappointing for GMs after a big, rules-heavy sourcebook, it’s worth remembering that this Middenheim – City of the White Wolf is, well, a guide to the city, not an entirely new way to play the game. And this is something it nails rather effectively.

In any case, if you really are desperate for new rules you might be interested to find that the grab bag of ideas and story hooks are rounded out by astonishingly detailed rules for playing Middenball – think football, but with slightly more violence. The mind boggles at how you might introduce the sport into your game, but the sheer Warhammer-ey-ness of it all means that it doesn’t actually feel particularly out of place. This is, after all, the franchise that gave us the Blood Bowl miniatures game.

Some of the story hooks in the main meat of the book even hook into the city’s Middenball obsession, so if you’ve ever felt the need to mix your traditional fantasy adventures with a sports drama, this may well be your chance.

Actually, even if you haven’t, Middenhiem – City of the White Wolf is a solid sourcebook that does a great job of rounding out a new city for any urban campaign. It requires its GMs to handle a lot of the heavy lifting in any adventures it inspires, but its endless story hooks offer so much inspiration that it’s hard to complain.

A rock-solid depiction of the chilly city of Middenheim, packed to the brim with entertaining story hooks

TRY THIS IF YOU LIKED: Warhammer Fantasy Roleplaying 4E

If you’re already enjoying the base game, City of the White Wolf is a great way to expand things