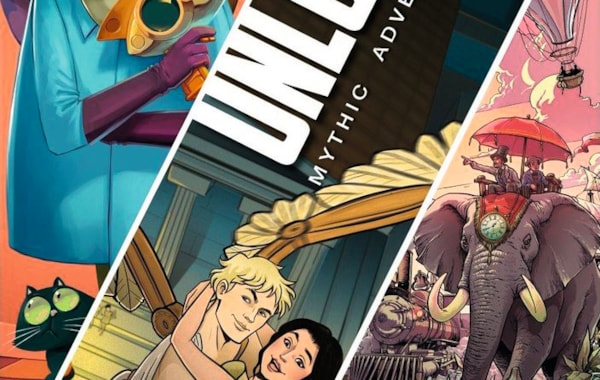 Hey Unlock, it’s me again. We met briefly at a convention. Back then I was working in escape rooms. I’d tried some tabletop rooms before, but you were new, you looked great and people were complimenting your digital elements. 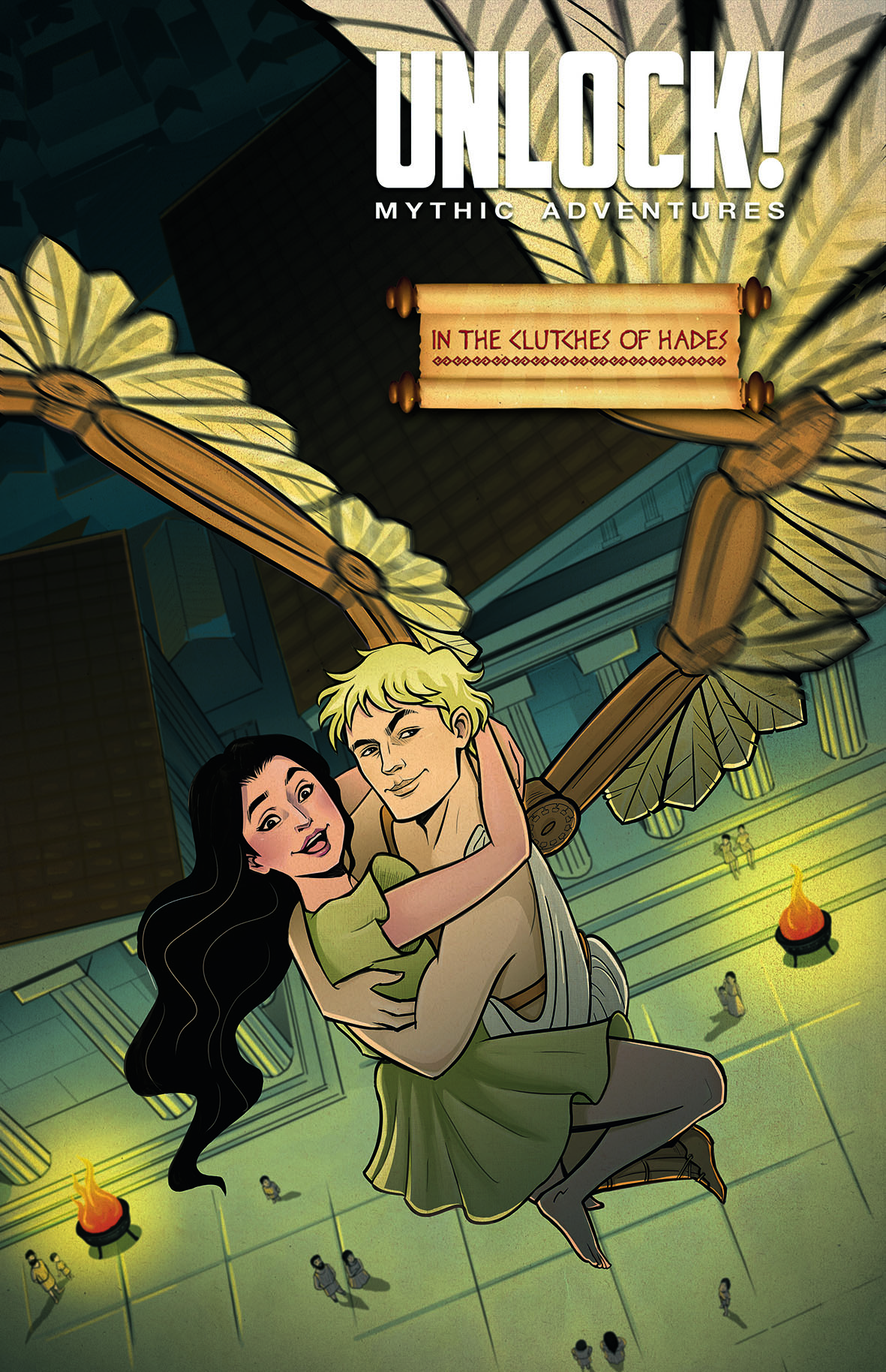 The themes were appealing, as was having a portable escape room assisted with a digital app, but too many puzzles relied upon “adventure game logic,” where you’re rubbing honey on a yo-yo so you can grab something out of reach, instead of using the perfectly suitable stick. I wanted more of a challenge than “use stuff on thing” and a few novelty concepts.

Years later, I’ve seen a wider range of what tabletop escape rooms have to offer and even checked in on Unlock (massive kudos for releasing free print and play versions, highly recommended.) It’s also been over a year since I’ve played an in-person escape room, so I was up for seeing how things have changed. And I must say, you’ve certainly improved.

The Unlock series comprises of decks of numbered cards, with each deck representing one “escape room.” Each room card revealed will contain numbers, instructing you to search for those cards in the deck to provide objects or obstacles. Combining the number of blue object cards with red obstacles will give a new number to search the deck for, revealing the next step if correct. The game also uses a digital app as timer, clue giver and code pad, expanding the game’s play space beyond card combination.

Mythic Adventures is the 8th major instalment in the series, providing three new and gorgeous looking challenges, exploring the mythology of Ancient Greece, taking a literal walk on the wild side and finishing off with a worldwide adventure with Phileas Fogg. The last few years of experience are on full display, as the designers take every opportunity to expand the puzzle variety whilst getting the most of the digital element, with all sorts of minigames, puzzles and ingenious ways that I won’t spoil, but they add a lot to the engagement and unexpectedness of play, keeping things fresh.

And I’m sorry to say this still wasn’t enough to completely win me over.

This release is the best Unlock collection I’ve played yet. If you’re a fan of the series or have been waiting for a release to jump on, this is fantastic. The themes are great, the inventive puzzles outweigh the “use thing on stuff” variety and will provide a couple of evenings of entertainment, but these innovative extras don’t detract from its biggest flaw: the time system. 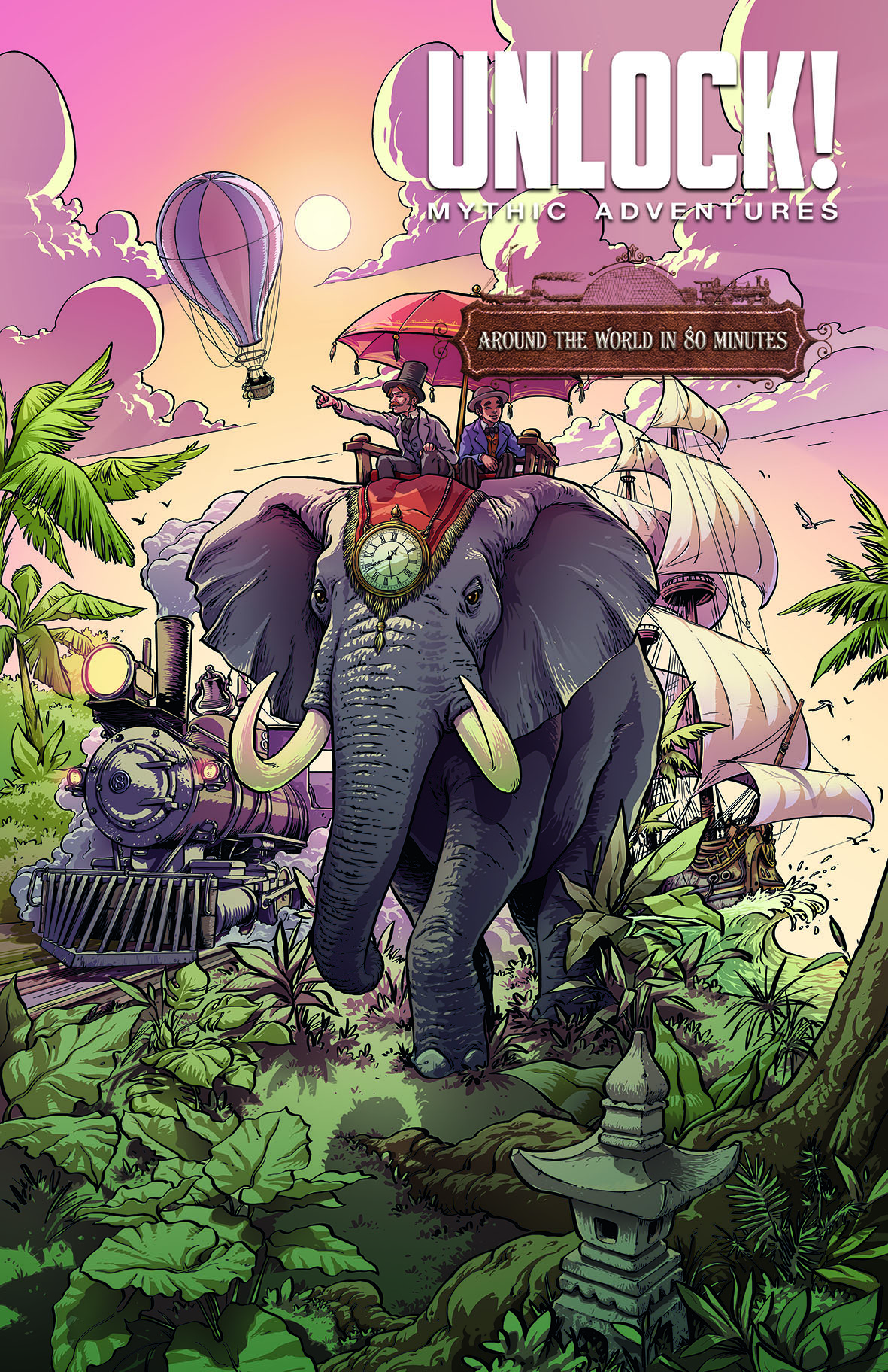 Actual escape rooms are timed, because they can’t have a customer locked in all day, the same way a café can’t have you sipping tap water for hours. Tabletop escape rooms should not be timed. If you get most of the way through an adventure, then time runs out, what do you do? Try again from the beginning? Carry on with the knowledge that you weren’t as good as you were supposed to be? This is made worse by the game punishing you for mistakes by reducing time, which especially hurts when you’re solving a puzzle correctly, but the app doesn’t register it. It added pressure without adding excitement, causing frustration and annoyance more than building tension, souring the overall experience.

I’m glad that Unlock continues to improve in quality and if you’re missing escape rooms and funds are limited, this is great for scratching that puzzle solving itch. I’m hoping future releases embrace the tabletop aspect more, instead of trying to imitate the real thing.

The Unlock series continues to improve and develop new ways to surprise, but the timer and penalty system takes away from the enjoyment. One for fans of the series or puzzle enthusiasts in need of novel challenges.

TRY THIS IF YOU LIKED Exit: The Game

Considered to be the best tabletop escape rooms around, but contain consumable components. Unlock provides more quantity with only a slight drop in quality, whilst also being suitable for swapping after completion. 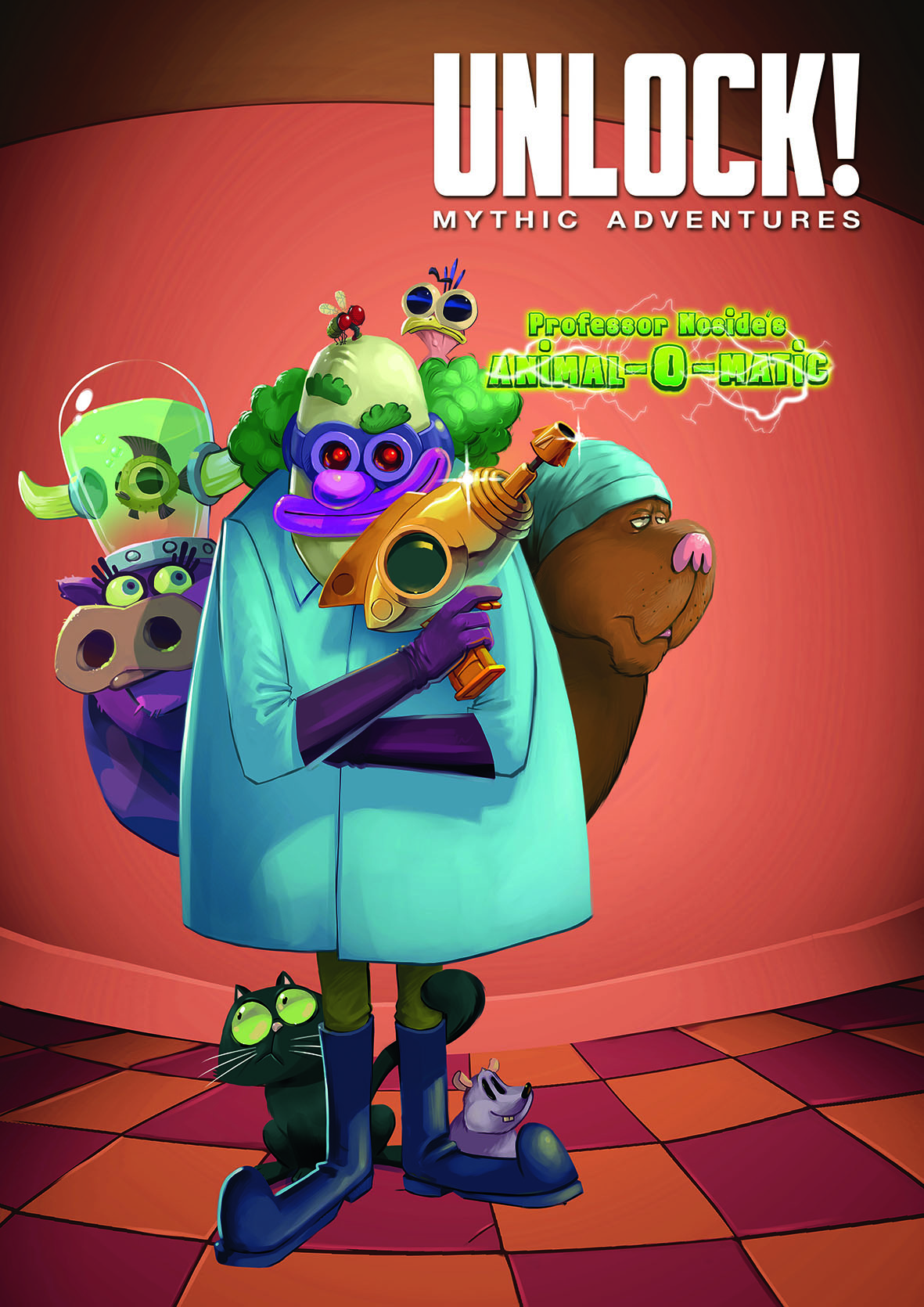