Does it offer what it says on the tin?

Bobbing along in the ocean looking for the perfect island paradise to retire to seems like it should be a fairly gentle premise for a gaming session. The name of the game, Tranquillity, suggests much of the same. As does the perfectly cubed box with an extremely chill boat on it. However, what comes in the box is actually a game of fraught choices played out silently.

Players split the deck of square cards more or less evenly and play them into a square grid. You can
play a card anywhere within the grid as long as it had a number higher than it to the right (wrapping to the next row above on the left) and a lower number on the left. Players then have to discard cards equal to the gap, so going from a three to a five means dumping two cards. These are cards that you probably need in some way, so luckily you’ll be able to chat it out with the other players… oh wait, you can’t.

Tranquillity is played entirely silently, with discussion only allowed during certain key moments – like laying the important start card, which comes with a discard tax of eight cards – and then it’s only to agree how many cards each person is throwing away. It’s a clever system that will make you think back to games like The Mind, or Just One, but with less of the looking-at-one-another-to-say-don’t-lay-that-I’ve-got-it about it. While it’s missing a little social something there, it makes up for it with a decent solo experience. Somehow it’s simply more infuriating to not get the right cards in hand when you’re by yourself, and the suboptimal choices really hurt when you’ve got no one else to blame. A good card game but it may have been more aptly named ‘Inner Seething’. ∗ 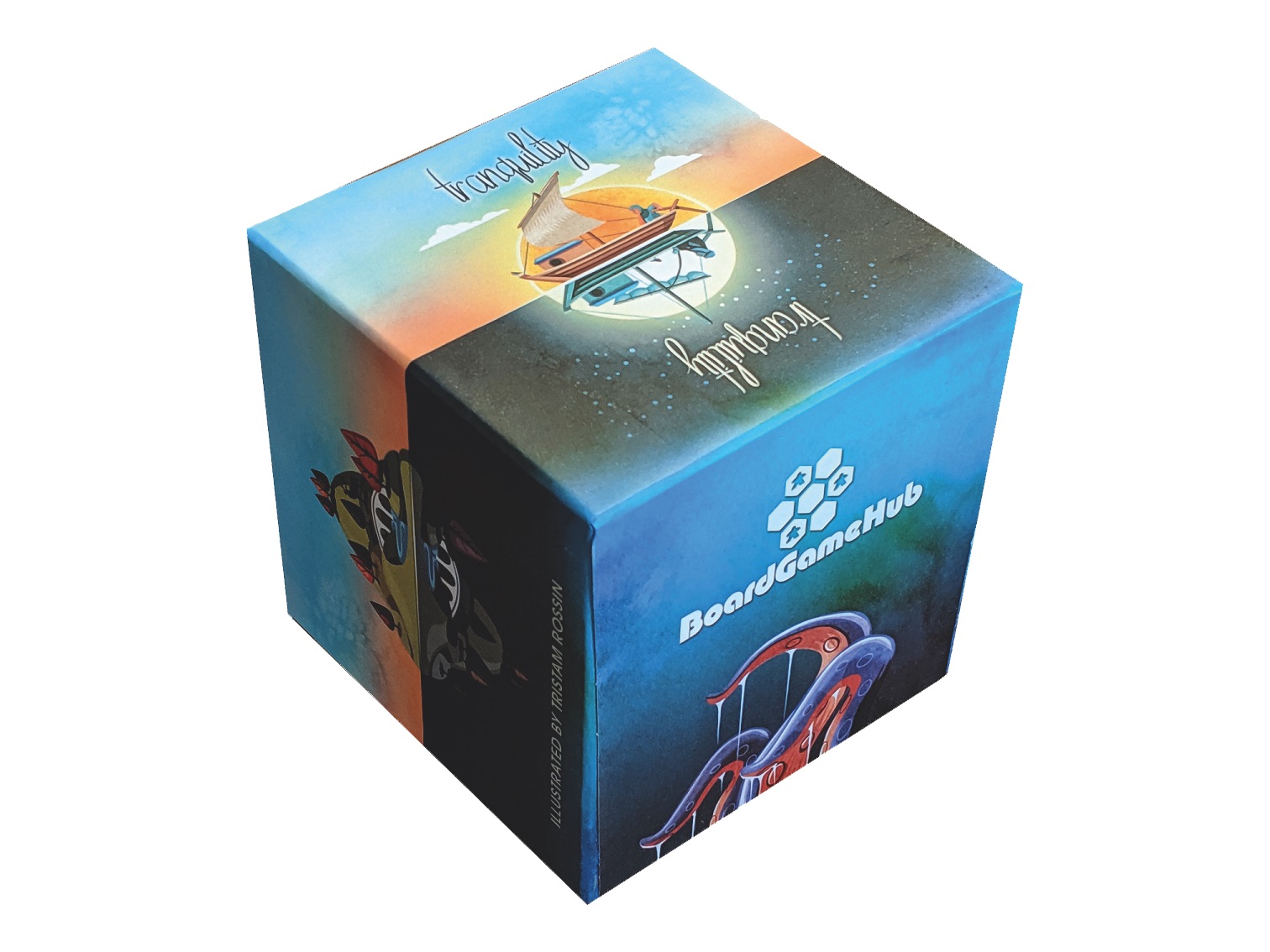