Yo ho ho ho & a bottleneck of rules

The Tiny Epic series has made a name for itself by cramming an astonishing number of components into a box smaller than your average paperback, and this latest outing is no exception. Tiny Epic Pirates hits all the thematic beats you’d expect from a pirate game – sail across a map, plundering merchants of cargo, burying treasure and occasionally skirmishing with rival pirates or the Royal Navy.

Each turn you’ll pick an order from your ‘ship’s wheel’, a rondel – randomly assembled at the start of the game – of action like Plunder, Trade, Crew Up and Attack. If you want to pick an option other than the next one you’ll have to spend crew to advance clockwise around the wheel. The game is a race to be the first to bury three treasures, which you get by saving up enough gold to pay the cost shown at various ‘Bury’ sites. You earn gold by selling rum, coffee, sugarcane and gunpowder, which in turn you get by plundering settlements and robbing merchants. Along the way, winning battles boosts your reputation, which earns you gold, and lets you move farther and roll more dice in combat.

On paper, Tiny Epic Pirates has everything you’d want in a rollicking, swashbuckling pirate game. There are skirmishes and resources to plunder. You can build up little combos with your crew, who get bonus actions if you perform the matching order on the wheel. The map is modular, so setup is different every time, and you’re moving little plastic ships and pirate meeples and metal doubloons. This is not some hastily tossed together tropefest. It’s clear that the creators have put loads of effort into offering a lot of game in a tiny box.

But it never really comes together. As a player, you’re not confronted with particularly interesting decisions – in the end, there aren’t multiple paths to victory, so all you can really do is grab some crew, hope they work together, then grind for gold. The random setup of your ship’s wheel, rather than offering variety, means some players have more advantageous sequences than others. Combat, when it comes, has almost nothing to it except rolling some dice and reading the results.

It’s not that Tiny Epic Pirates ought to be heavier or more complex – there are many fantastic light pirate games out there, from the tense blind-bidding of Pirate’s Cove to the wonderfully silly but also fast-paced and cool Black Fleet. Tiny Epic Pirates has a longer setup and more complicated rules than either of these but somehow offers less game.

Obviously, it would be unfair to expect the depth of strategy that, for example, Merchants & Marauders offers, but Tiny Epic Pirates manages to be both fiddly and a bit bland. It’s hard to fit the cubes in the plastic ships, one jolt and everyone’s player mats (and the segmented board itself) are chaos, and for all of that admin, the trading of different-coloured cubes, the assembling of a crew, I’d expect to be offered some interesting choices in return.

There’s an interesting arc as your crew and renown grow, slowly allowing you to do more as the game progresses. Still, what ought to feel like a raucous dice game in a heaving tavern, full of risk and bluffing, ends up akin to a bellringing society’s quarterly budget approval meeting, three people squinting at tables while pushing a single coin back and forth. Epic, in game terms, should mean ‘full of stories’, not ‘unnecessarily long and complicated'. The Tiny Epic series should be applauded for its ambition – every title has been assembled with obvious skill and attention to detail – but this one’s a bit of a misfire. 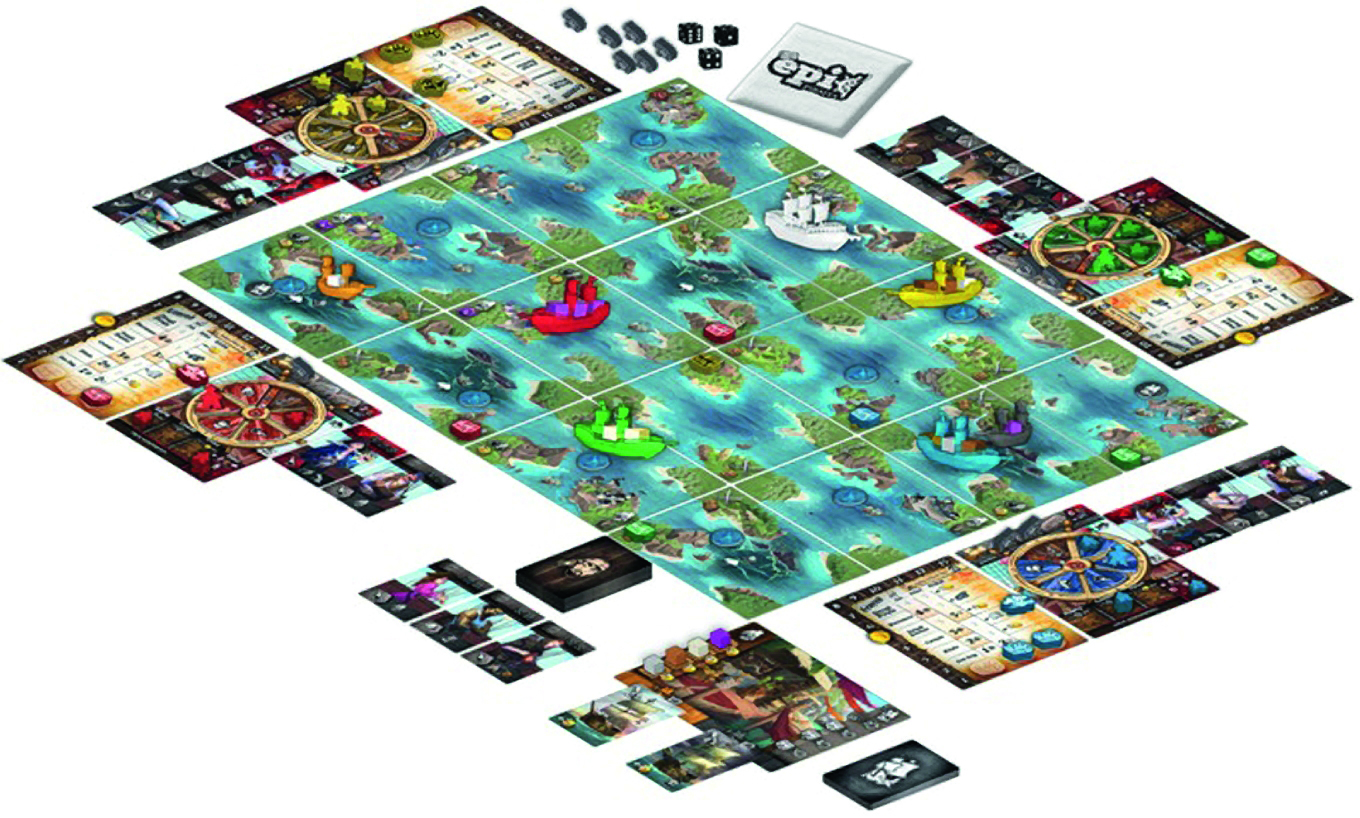 TRY THIS IF YOU LIKED Tiny Epic Quest

Tiny Epic Quest is probably more successful iteration of this idea. Superfans of Black Fleet, Pirate’s Cove and Merchants and Marauders (or even the vintage title Buccaneer) may just squeeze some value out of this new way to pirate. But look – if you want a lot of game but a simple ruleset, try Libertalia: a straightforward pirate card game with loads of interaction and fun, in a small box.