This War Without An Enemy Review Going (crowned) head to (round) head

We have to start this review with a small disclaimer that this was our first block wargame. These games bring the joy of wargaming to your tabletop with the element of hidden information. This is handled by the fact that the information on your blocks faces you and your opponent can only see the blank, coloured, side of the block. They know where you are, but not what is in any particular location.

This War Without An Enemy is a fairly tightly historically themed block wargame. It’s played over the years 1642-1646 and see the royalists and the parliamentarians clashing across England. The game is set up as either the full war, or just slices of it, for quicker games. Either way, players set up their armies as per the instructions and it’s a game of carefully moving your forces around the map, securing key cities – your means to gaining victory points – and generally putting the pointy end of whatever you’ve got hold of into the enemy. It’s a card driven game, with players choosing a single card for each round and revealing it simultaneously – this dictates the initiative (player order) and number of actions a player performs in the round, mostly moving and recruiting in various flavours.

Once your armies meet, everyone is transported to a battlefield map where players choose whether they want their infantry to fire or engage as well as hoping to get off a lucky artillery shot if they can. This is dealt with by rolling the number of dice equal to the current strength of a unit lower than its effectiveness.

In all of this, order matters, if you can’t get to a city before it can be claimed by the opponent, that’s a massive swing in a game where two victory points can see the end of war. Equally, because this is historical after all, certain events will trigger at year end. For example Henrietta will turn up on ‘Le Continent’ and, if you can get her across the sea (there’s rules and a table for that) to meet the King, will provide bonuses to power in that region. The New Model Army will replace some of your normal soldiers on the parliamentarian side, improving your chances dramatically. These events, which you know are coming as they’re stacked up next to their trigger year, create a sense of urgency. If the parliamentarians can control enough of the waters around blighty by controlling ports, then the chances of sinking any potential reinforcements grows. It’s actually thrilling, even to the historically illiterate around the table (i.e. me), to formulate these plans and attempt to pull them off. 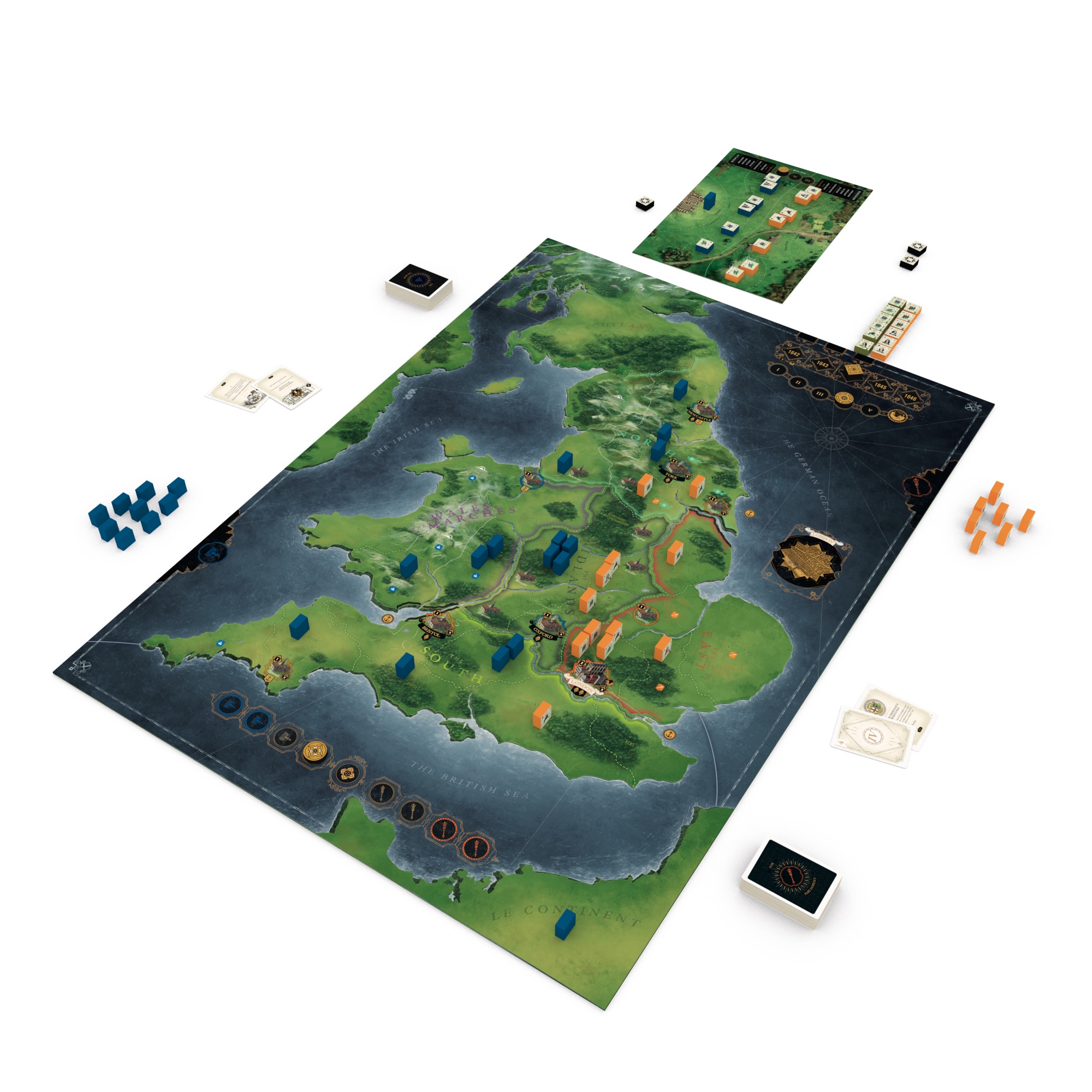 There are rules for nearly everything you’d want to simulate here, including supply and attrition, crossing mountains, sieges, retreating, what happens when your cavalry get a bit too excited about mowing down the enemy, and so on. With this the rulebook is a bit of a maze, with information not clearly grouped together for an ease of understanding. If you’re a first time block wargamer you’re going to be checking elsewhere for key concepts. After you wade midway into the game however its simplicity unfolds and the narrative of your strategic choices emerge. And while it remains a wargame, the secret information elements make for surprising game of cat and mouse, if the parliamentarians capture the king, the war is over. Chasing down what you think is the army containing the king, only to find him swanning about in York with a couple of mates, is an as amusing moment as any social deduction party game reveal. A more appealing war than you might first think.

If you can get through the rulebook or have any familiarity with block wargaming then you’re away, for the rest of us, this is a big leap into something extremely rewarding.

TRY THIS IF YOU LIKED DUNE…

If you want to take a high dive from Arrakis into the depths of the English Civil war, you’ll find a lot of the conflict and control considerations surprisingly familiar feeling.