This War of Mine: The Board Game review This War of Mine

War is hell. It’s often easy to forget the real, human cost of conflict when flesh and blood becomes plastic; death and suffering a few sentences on a piece of card. That’s not the case with This War of Mine: The Board Game.

Based closely on the 2014 video game, itself inspired by the real-life Siege of Sarajevo that took place between 1992 and 1996 during the Bosnian War and resulted in the death of more than 5,000 civilians, This War of Mine is a sobering simulation of the day-to-day struggle of everyday people caught up in a conflict beyond their control.

It’s a far cry from the daring of lone heroes fighting to end wars single-handedly or the detached tactical coldness of sweeping strategy titles, as players try to scrape together the food and water needed to simply survive another day in the hope a ceasefire will take place.

The focus of the game is on the table-spanning board, which depicts the shelter in which your characters are taking refuge. Each turn takes place over a single day, as characters clear rubble and search the shelter for resources – eventually finding enough to build a rudimentary bed or heater if they’re lucky – before heading out under the cover of darkness to hunt locations for extra supplies. 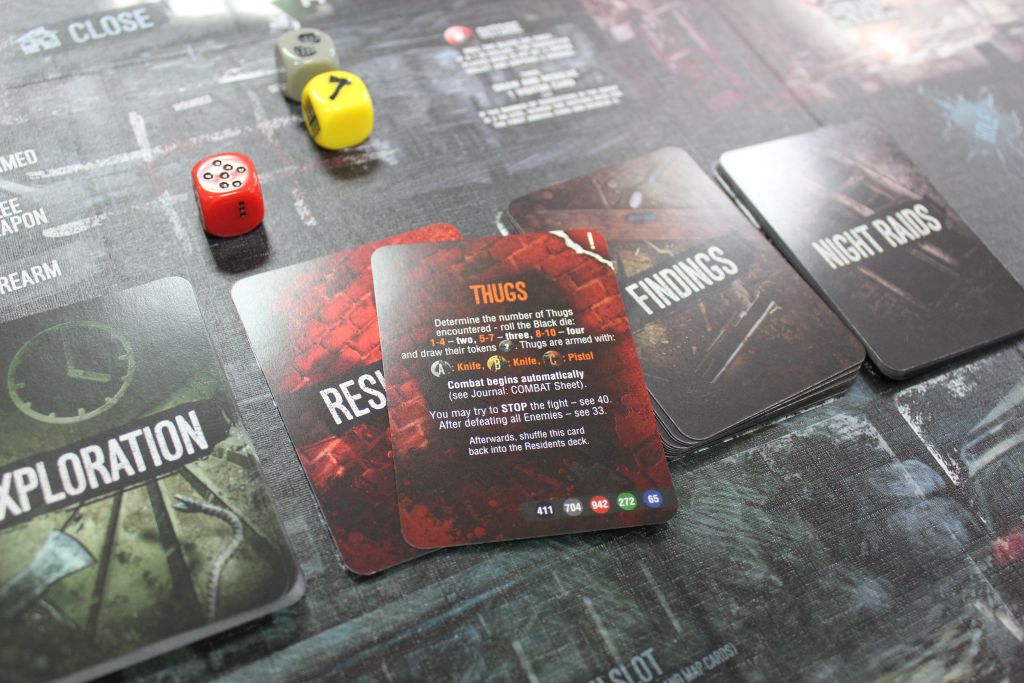 Actions are simple to execute, but the game’s complexity arrives in its decision-making – can you risk sending an extra person to scout a nearby church for the food to stop your people starving, or will it mean losing even more as raiders attack your poorly-defended home?

Every choice feels meaningful and fully authentic, and you will soon develop an attachment to your group as they suffer, finding brief reprieve in their individual love of luxuries such as books or coffee – when you’re not burning the books for heat, that is.

What makes the world, its characters and their personal stories carry extra emotional weight is The Book of Scripts, a tome of more than 1,000 narrative passages that are read when certain cards are revealed or events occur. Many have branching choose-your-own-adventure paths that present genuinely tough dilemmas. Do you mug an old woman for her food to stop your group starving? Do you risk bartering with armed strangers?

When your characters die – and they will, at least in your first few games – there’s a unique epilogue for each, providing a sombre full stop to their miserable life. It's written with skill and sensitivity, uniting the various gameplay elements to form an experience that offers some of the most affecting gravitas and realism of any board game in memory. 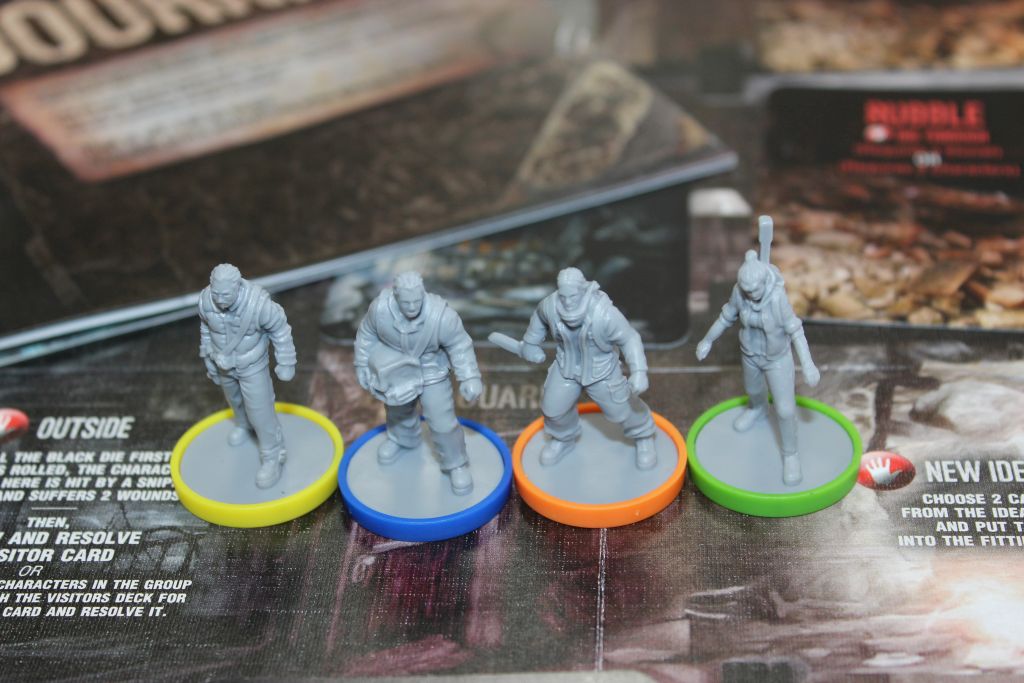 There’s still an interesting game lurking beneath the narrative, but it’s very much there to serve the oppressive mood. When combat occurs between characters and raiders or strangers, it’s fast and brutal: a series of dice rolls used to dish out wounds based on whether combatants are unarmed, wielding melee weapons or lucky enough to have firearms and ammo. Often the best option is to flee, but that won’t stop you being gunned down – and even surviving can take its toll on the mental state of characters.

Those looking for balance won’t find it, as fairness takes a back seat to tone and atmosphere. Being suddenly picked off by a hidden sniper is as shocking and upsetting as you’d expect.

On this point: This War of Mine’s box claims it supports a player count of up to six, but you’d be doing yourself a disservice to play in anything more than a pair. Ideally, the game is a solo affair, as adding more players doesn’t change the rules at all and only dilutes the intense sensation it excels at provoking. Still, the overall quality remains so high that it remains a great multiplayer game – but it is truly outstanding alone.

This War of Mine is not easy. It’s arguably not even fun. Yet, its unique blend of storytelling and realism creates an intense and moving depiction of war that absolutely everyone should experience. Just try to do so on your own.