This article originally appeared in issue 463 of Miniature Wargames. You can pick up your issue of the magazine here or subscribe to make sure you never miss another issue.

Counter-historical skirmish and roleplaying systems are certainly nothing new – not even from Osprey Publications: Dracula’s America would be just one example (and – in a world that produces cinematic experiences such as Abraham Lincoln Vampire Hunter – I mean... well, why not). The question is what can a title bring to the subject that’s new and fresh?

Well I’m a sucker for production values and the first thing I’d say about Joe McCullough’s The Silver Bayonet is it looks superb. Shallow? Well yes I am: guilty as charged. The 150 or so page hardback comes with a faux stained, ‘leather bound’ style, with gold blocked binding and intermittently ‘stained’ pages. This theme is carried on throughout the publication with all of the internal illustration being mono, pen-and-ink style work with a real period feel. In fact the only colour in the book is one page of photos of miniatures at the very end.

But what is it, I hear you say! Well it’s a skirmish system of gothic horror set during the Napoleonic Wars. Players construct parties of monster hunters drawn from the ranks of one of the great powers. Soldiers and engineers team up with mystics and occultists recruiting some non-human creatures (where possible) to hunt greater foes and objectives. It can be played solo, co-operatively, or competitively, with players progressing through a series of interlinked adventures with their soldiers gaining experience and recovering (hopefully) from their wounds, trials and tribulations. 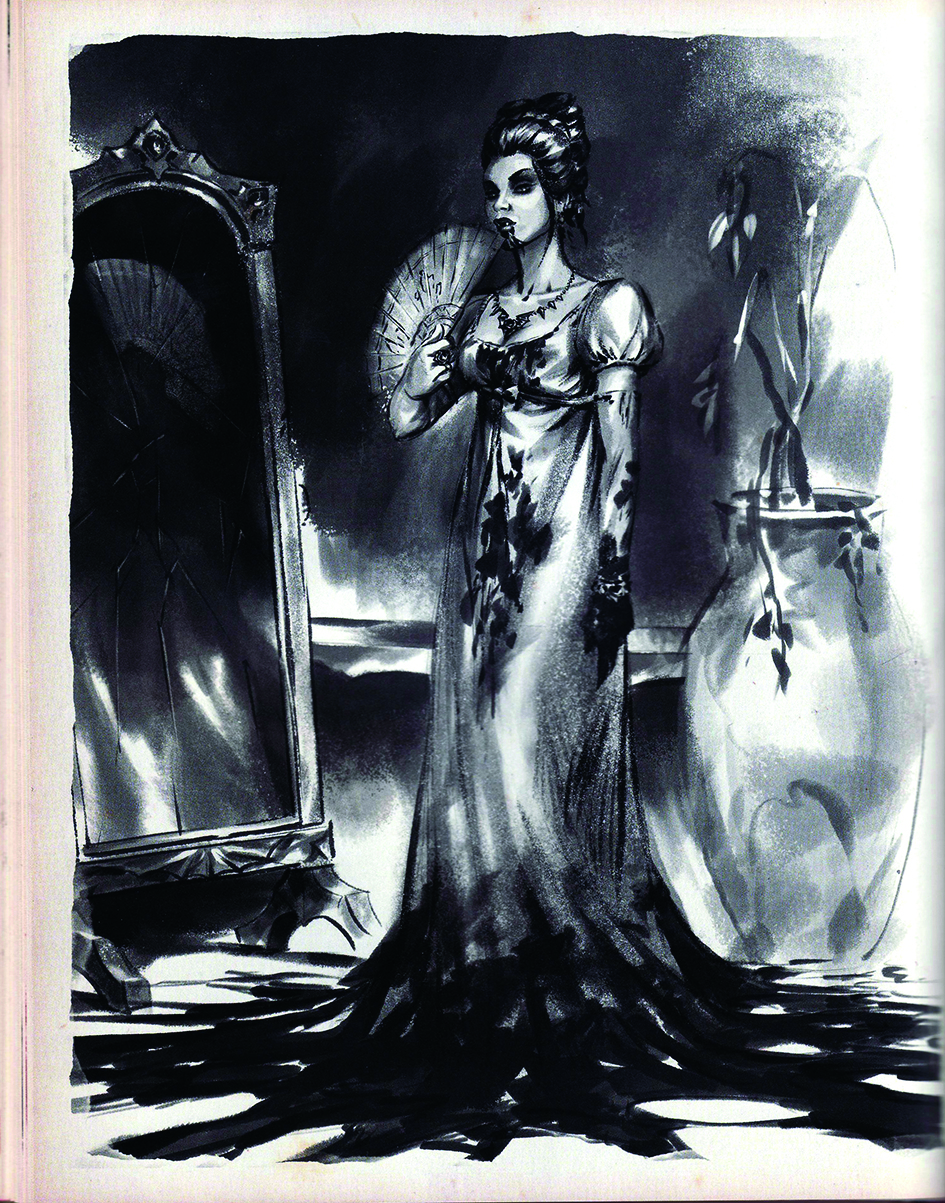 It’s a neat idea: set in war ravaged Europe you can select your team from the national choices of Austria, Britain, France, Prussia, Russia or Spain. You create an officer, sort out stats, attributes, equipment and so forth (all of the usuals, really) and then build your team. You can pick up to seven soldiers as long as their stats don’t exceed a given points total.

You then set up a table with scenery and whatnot and place two or more Clue Markers as objectives although, initially, I expect that most players will try out one of the ten scenarios the author has included in the book. While I’m on scenarios, there’s a whole section helping the reader create their own plus guidance on running a campaign and a hefty section on solo play.

What book of this type would be complete without a bestiary? Well not this one! Obviously on your monster list are all of the vampires, werewolves and ghouls that you might want, along side bandits, changelings, cultists, demons, ghosts, goblins and living scarecrows (not to mention trolls and pixies and more) so you have quite a selection.

On a quick read through, the scenarios look like fun with everything from sunken treasure in a boggy pool to an infested monastery. Game play uses exclusively D10 dice and you’ll need a ruler and some sort of fatigue markers – some suitable coins, perhaps, are one of the suggestions but anything would do. Great to play with figures you might already have but I look forward to some new releases!