The Lord of the Rings: The Card Game – Revised Core Set Review Following on from last year’s revised core set of 2016’s Arkham Horror: The Card Game, Fantasy Flight has now given its five-years-older, fantasy-classic sibling the refresh/refine/re-release treatment. If you’re already a committed player of this enduringly popular living card game (LCG) there is, in all honesty, not a huge need to fork out the rather whopping £70 for Gandalf and Pals 2.0, as pretty as that box is. There is a campaign mode, which brings in new Campaign, Boon and Burden cards, and while this is clearly designed for experienced players (the campaign making things considerably tougher) it’s such a slim element of the overall experience, we’d say you can live without it. 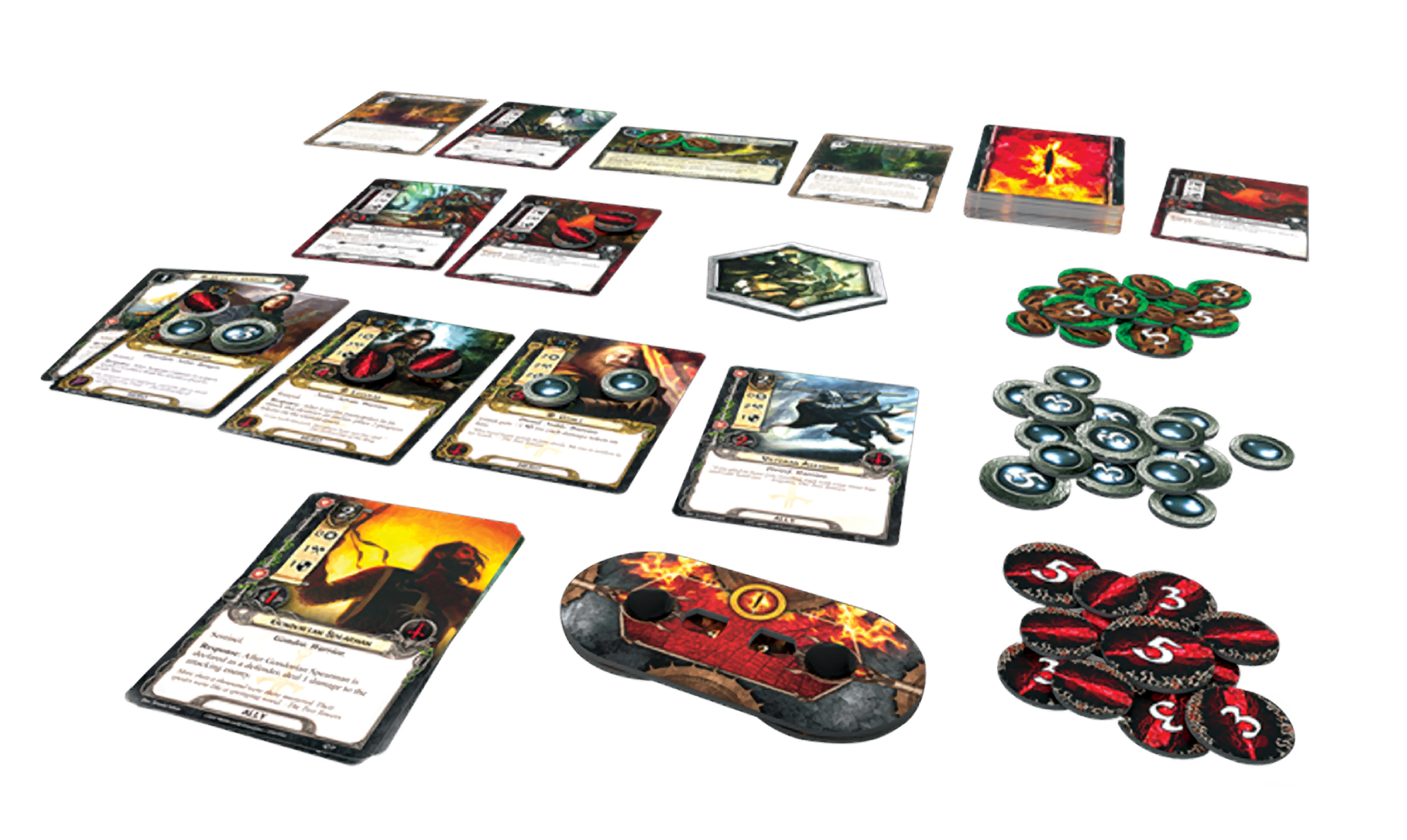 Primarily, this new set seems calibrated to welcome in new players as, unlike the original, stingy 1-2 player set, it gives you everything you need for up to four participants to co-operate their way through its three-chapter, Mirkwood-to-Dol Guldur scenario.

However, there is a caveat: the starter decks — one each for the four spheres of influence (Leadership, Tactics, Spirit and Lore) — are inherently basic and recommended only for a 3-4 player session. If you’re aiming to go solo or duo, you’ll really need to get your head into some serious deck construction, pulling cards from the different spheres to maximise efficiency (though the rule book does suggest a workable two-player setup). And creating an improved deck or two will make higher play counts inherently problematic (“Who took all the good cards!?”), unless someone brings along their own core set.

For a player new to LCGs or collectible card games (CCGs), the need to quickly master deck construction (especially if you’re solitairing) only adds to a vertiginously steep learning curve that will turn many off. It is not the easiest game to get into. Each round is divided into seven quite fiddly and initially exhausting phases, in which you not only have to contend with the game’s remorselessly brutal combat, but also commit your heroes and allies to progressing on quests and mitigating ever-rising threat levels (hit 50 on your dial and you’re eliminated), which takes them out of any fights.

As with most tricky and strategically challenging games, dedication, attention and an ability to positively absorb repeated failure will eventually yield a sense of achievement and satisfaction, especially once you start properly tweaking your deck. Triumph is hard-earned, but all the sweeter for it. There is a reason why this game is so popular.

But as with any LCG, there is also the collector-compulsion factor, with new scenario and character packs incoming, promising to expand your experience. After all, there is a lot of empty space in that £70 box, just begging to be filled up with cards (although the non-inclusion of dividers is downright irritating). 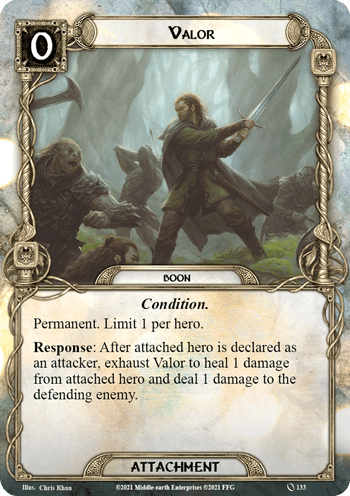 If you’re more of a casual gamer, then, you should think twice before you buy. The appeal of the base experience (i.e. doing the core scenarios with the single-sphere starter decks) wanes quickly, and the game is more about grappling and exploiting the mechanisms – and relying on lucky card draws – than feeling the sense of exploration and adventure that you’d hope for from the theme. Getting the most out of Lord of the Rings: The Card Game requires a lot of time, effort and, in the long-term, extra investment.

Don’t get us wrong, this is a good game. But it takes time and effort to love, which might understandably put off new players, while those who already love it will probably already own the OG version.

TRY THIS IF YOU LIKED ARKHAM HORROR: THE CARD GAME…

The other big FFG LCG is a different, better experience, with a stronger sense of exploration and narrative, but they are close cousins.