The Hobbit: An Unexpected Party Review In the middle of the earth, in the land of the Shire, there's a brave little hobbit whom we all admire

All adventures start somewhere, and in the case of The Hobbit, and indeed, The Lord Of The Rings, that place is Bag End – the home of Bilbo Baggins. This isn’t the first game from Weta Workshop though, with GKR: Heavy Hitters in the bag and District 9 on the way they’ve had practice at high production miniatures games. But this game doesn’t have a miniature in sight, instead we have possibly one of the highest production gateway-family-ish games out there. Attractive standees of caricatured versions of the film adaptations fill the box, and the double-sided plate-points, with their plain side looking like the back of a plate, show a level of detail not usually considered. This is obviously what happens when the man behind much of the design in the films, Daniel Falconer, is the artist for the game.

Aesthetics aside though it’s a game that takes 30 minutes to replicate around one and half minutes of the first Hobbit film. Players move their current dwarf around Bag End, collecting up items that go into the ‘things that Bilbo Baggins hates’ song, and then ending up in the right room combination with the right items to take the victory points spread around the board. There’s a catch however, each turn there’s an event deck that’s will move Bilbo and sometimes give you ‘curious tokens’ – tokens that if you reach the maximum slots for, start flipping to ‘furious’ tokens, blocking your inventory space, and eventually losing you points.

Losing points can be brutal, as you stack your point-plates (face down so others can’t see) in a single pile on your player board, and losing points simply means discarding the top one. This means that if you’ve just got a two point token, but you’re getting close to a fully furious Bilbo, you’re at risk of losing more than if you’d only scored a one pointer.

The main flaw in the game is simply one of wording. Understanding the difference between the action of taking something from the item bag, or 'picking up' something from the floor (something Gandalf has to help you with) is a little confusing. It stalled our group a couple of times as players expected, naturally, to be able to pick things up in the rooms they were in. It’s not the end of the world (that’s later in the story), but surprisingly disruptive to what should be a speedy and friendly game.

This aside, and with the addition of having a rotating cast to manage that bring set collection into the game, it’s fairly robust with some basic market strategy options open to players. Making sure you don’t ruin the party entirely is key to victory, and getting away with it is the name of the game. For fans of Hobbity fun, this is a decent and beautiful addition to your collection, and for everyone else, they’ve got away with it. 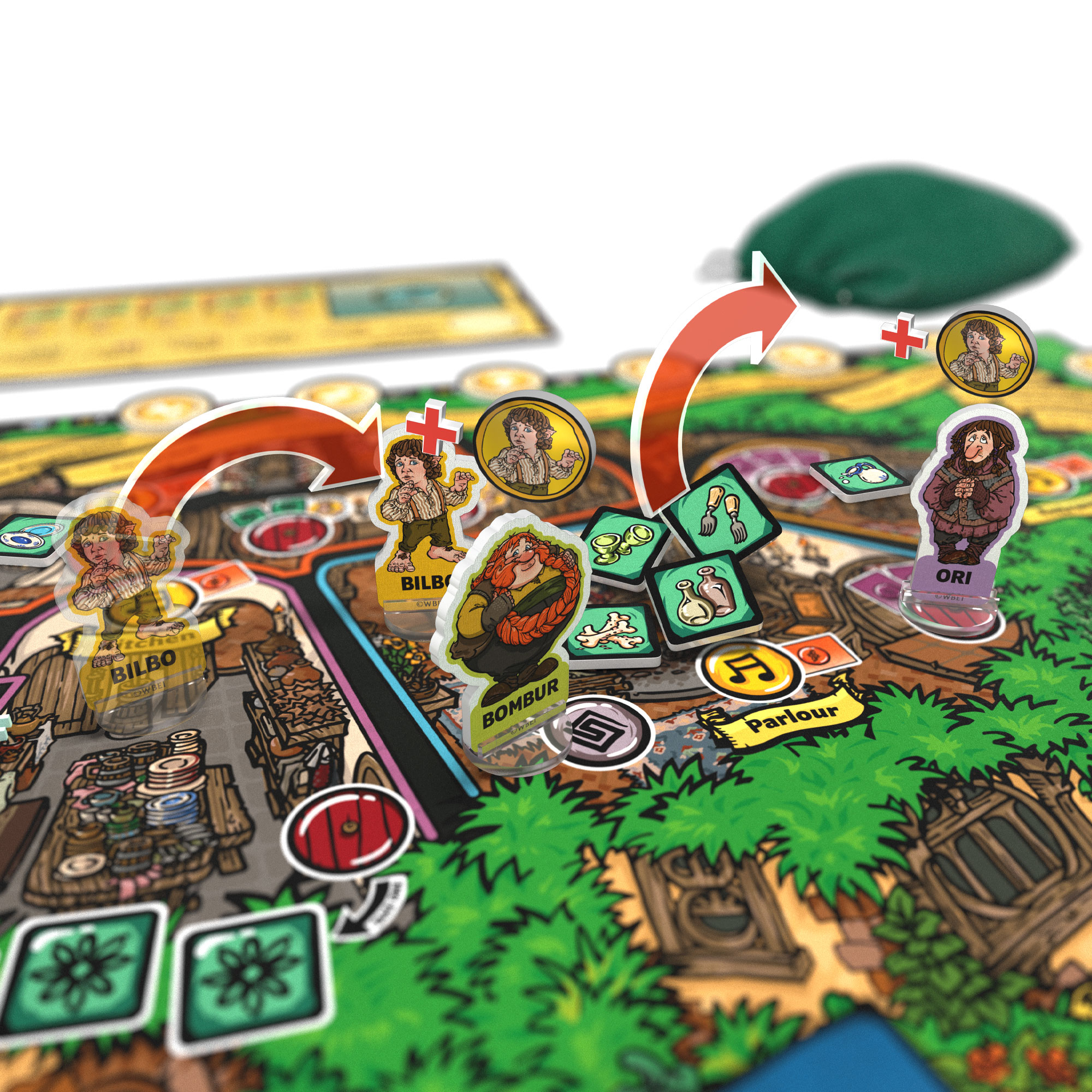 The incredibly high production quality is initially let down by a few bits of strange wording – but otherwise it’s a decent gateway game and a great homage to Bag End.

TRY THIS IF YOU LIKED Horrified…

Not as smoothly implemented as this family friendly horror pick-up and deliver game, but An Unexpected Party shares a little of the simple grab-and-go gameplay.