Here’s an offer you can’t refuse: a board game adaptation of one of the greatest movies ever made, by one of the best tabletop designers working today. That designer is Eric Lang, who brings his ‘dudes on a map’ philosophy previously perfected in Blood Rage to the blood-soaked world of The Godfather.

Although framed around the first Godfather film – the four acts span from the opening wedding scene (“You come into my house on the day my daughter is to be married, and you ask me to do murder for money.”) through to the climactic betrayal and deaths at the close of the gangster epic – you wouldn’t necessarily know it if it wasn’t on the box. Despite the suggestive title, the action avoids following the iconic Corleone story, instead opting to focus on the clashes between other warring mafia families that takes place primarily in the background of the film. Marlon Brando’s Don Corleone appears as a plastic miniature, but serves only as a round counter and a thematic excuse to discard down to a hand limit at the end of each round.

While the narrative of The Godfather is little more than light dressing, its atmosphere is delivered like a gunshot to the chest. Players apply pressure around 1950s New York by strategically placing their low-life thugs, who shake down the front of lone businesses for goods and money, and higher-ranking family members, who more subtly influence their way into reaping the benefits of entire districts at once.

Establish your presence in a region and you’ll profit from the actions of competing families, gathering guns, blood money, alcohol and narcotics, which can be spent to complete specific tasks. These jobs, which include extortion, shakedowns and even planting car bombs, are among the most satisfying and thematic parts of the game, with killing rival gang members, stealing from opposing families and hiding cash away exactly the kind of nefarious dealings any self-respecting mafioso should be indulging in. 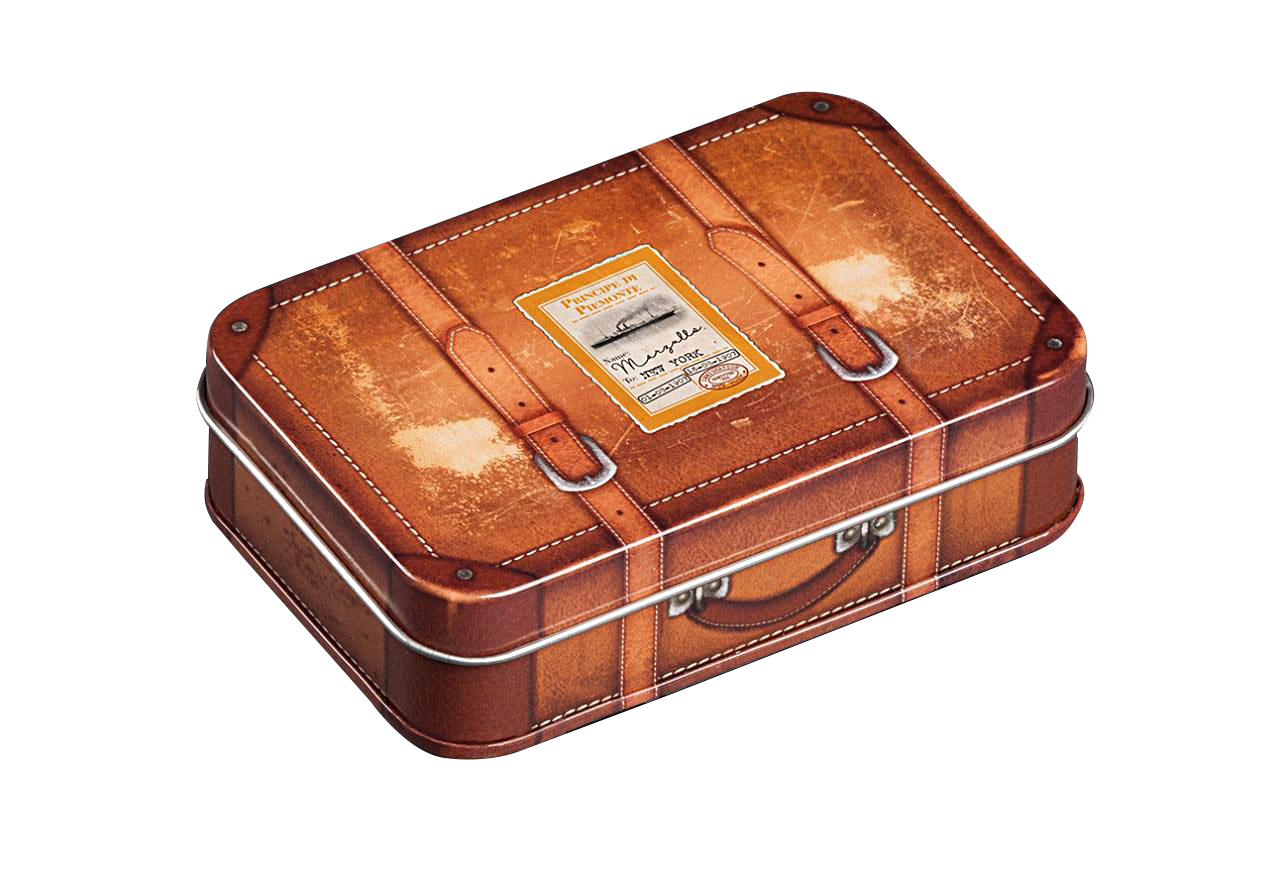 Stashing cash away is especially important, as any money left in your hand could be claimed by Don Corleone at the end of a round. In a lavish, albeit unnecessary, touch, players can claim specific businesses around the map to add money to their individual metal suitcases, which safeguard earnings and completed jobs until the end of the game (or they’re pinched by a rival family). As money cards can’t be exchanged, knowing when to spend your turn banking some dollars is crucial – but overloading on top-value cards makes you a prime target for a robbery, especially as every card hoarded must be revealed to the entire table before vanishing into the metal tin.

The suitcases are far from the only extravagant flourish: this is a game stuffed full of opulent production. Publisher CMON once again shows off its love of abundant miniatures, throwing in plastic representations for everything from the roving gangsters to a police car phase tracker and even a miniscule horse’s head to mark the first player. The models are roundly well-sculpted, although the police car is a little too hollow and lightweight, and the horse’s head lacks definition – it looks more like a rock-face carving than a bedsheet surprise.

Given the near-universal polish of the components and the somewhat fleeting inclusion of Don Corleone, it’s disappointing that the artwork for the job cards simply reuses the cover art showing Marlon Brando rather than offering similarly gorgeous oil painting renditions of the various events and actions executed by the players. The goods cards make up for this oversight, applying the stark black and white puppet-string style of the unmistakable logo to great effect.

Rather fittingly for a board game that will inevitably result in drawling impressions of Marlon Brando and Al Pacino, there’s a pleasing sense of theatricality to many of the elements. The miniscule plastic bodies of gunned-down thugs are dumped unceremoniously in the Hudson River (until they’re revived as further nameless cronies in the next round) and, in a flourish that would be the sole entertaining hook in a smaller game, players load the hinged lids of their suitcases with money cards and let them clank open onto the table to reveal their bets as they try to win the affections (read: bribe) of potential allies at the close of each act. The allies, who scale in power as the turf war heats up, present reusable powers, but take up a vital slot in your hand and can be costly to acquire. Still, it’s hard to resist the chance to call up the mayor to swindle control of a district or have the chief of police in your pocket. 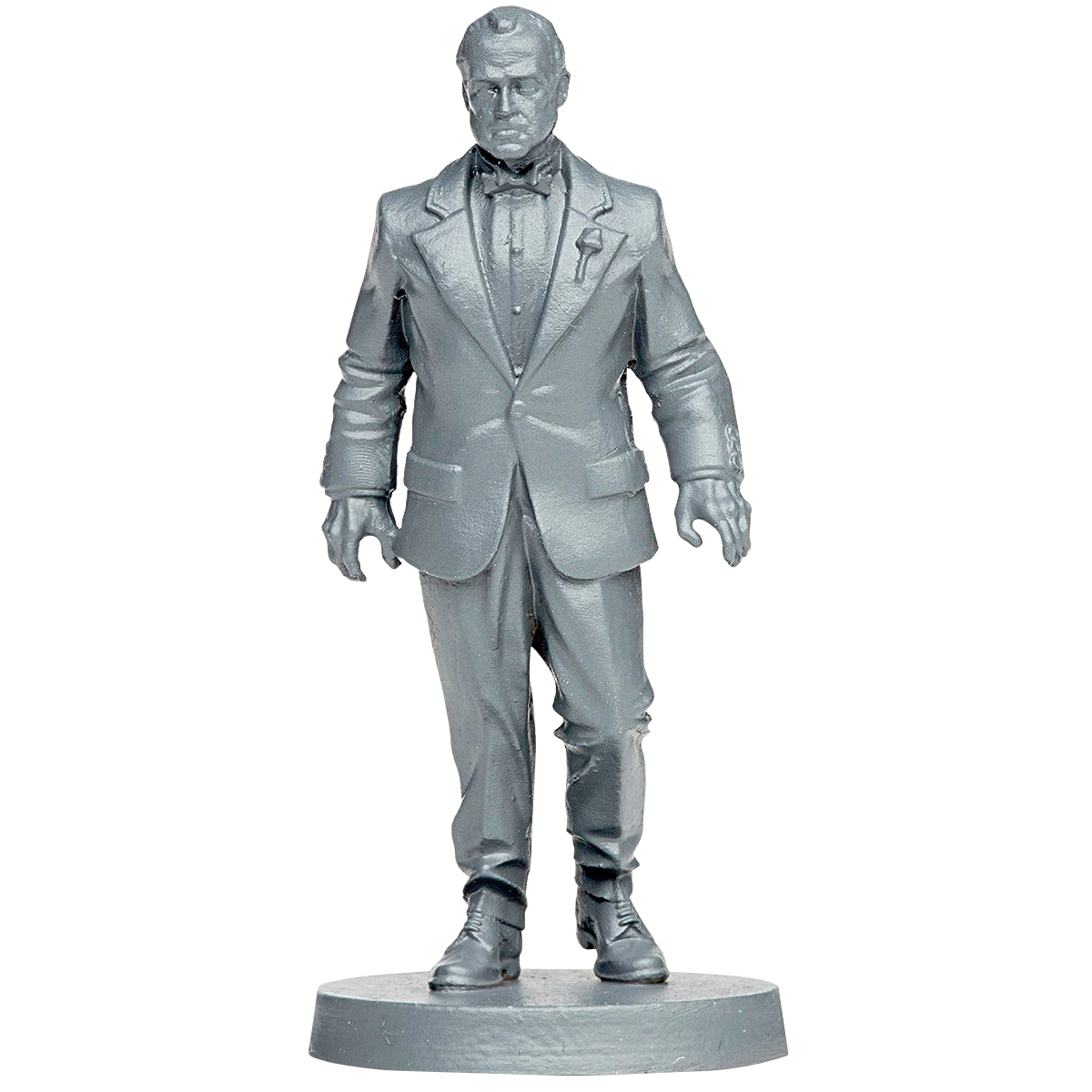 New businesses, prime for a shakedown, open up around New York as the rounds wear on, with the random tiles keeping strategies fluid and shifting advantageous positions to avoid a bottleneck on the map at the beginning of each act. The second and fourth rounds grant extra family members, which gently ramps up the tension and interaction between players without overcomplicating the tight set of rules. The map can still feel a little empty at game end when playing with smaller groups, as the varying setup leads to fewer buildings and certain regions being less fought over, but is cleverly designed to avoid players never coming into contact with each other, ensuring that battles over territory – the crux of the game – spark off with just as much ferocity.

What’s perhaps most impressive about The Godfather: Corleone’s Empire is that it manages to distil all of these aspects – area control, worker placement, bidding auctions, set collection – into a board game that never once feels bloated or convoluted; turns and rounds flow comfortably, presenting complex decisions as straightforward options. There’s still plenty of meat to chew on when it comes to gameplay, and it all knits tightly enough with the theme to pay ample respect to the weighty world and tone of The Godfather – if perhaps not the story. Taking under half the running time of the three-hour film, it’s a remarkably elegant adaptation that feels exactly as long and as deep as it should.

As Eric Lang has proven before, he has a knack for turning established worlds into board games that do so much more that simply bring a well-worn story across to the tabletop. Corleone's Empire, like the best of those efforts, isn’t necessarily a faithful adaptation in terms of narrative, but it’s absolutely devout when it comes to atmosphere and that certain ‘je ne sais quoi’ – or should that be 'nun lu sacciu'? – feel. It engrosses as a game, invites as a presentation and thrives as a pure experience.

Those looking to simply relive the events of The Godfather will come away disappointed, yet Corleone’s Empire manages to accurately translate to cards and plastic the brutal dealings of the gangster epic. It’s perfectly paced, thrillingly constructed and has top-notch production values. Pay your respects.