The impossible must be possible in spite of appearances

Think games like Detective: A Modern Crime Game, the Unlock! series of games, and perhaps a choose your own path game, add in some Agatha Christie style flair, shake it up, and out pops Suspects. What’s not to love?

The game follows Claire Harper, an adventurous traveller with a Cambridge based back story, and three mysteries she finds herself in the midst of. It plays by way of cards – you’ll have your set up on an large card, explaining what’s taken place and why you’re being asked to solve it, a few additional bits of flavour in the form of evidence, and then a pack of cards and an envelope. You’ll overturn cards, making decisions about what you do next based on the options given and the clues you’ve already uncovered. The cards are numbered, which allows you to pursue different options, and twist the investigation as you see fit.

Nicely, you’re not simply asked to solve the who, but also the circumstances surrounding it – motive, events leading to it, objects used, order of events, etc. As you do, you start doubting everyone you speak with, and whilst the game essentially warns you not to overthink it, you almost have to, as motives lie obscured around every corner. With each card you turn over to answer the questions posed, you risk reducing your final score, which you calculate only when you’re confident you know the answers. At this point, all is revealed within a sheet folded into an envelope attached to each case. 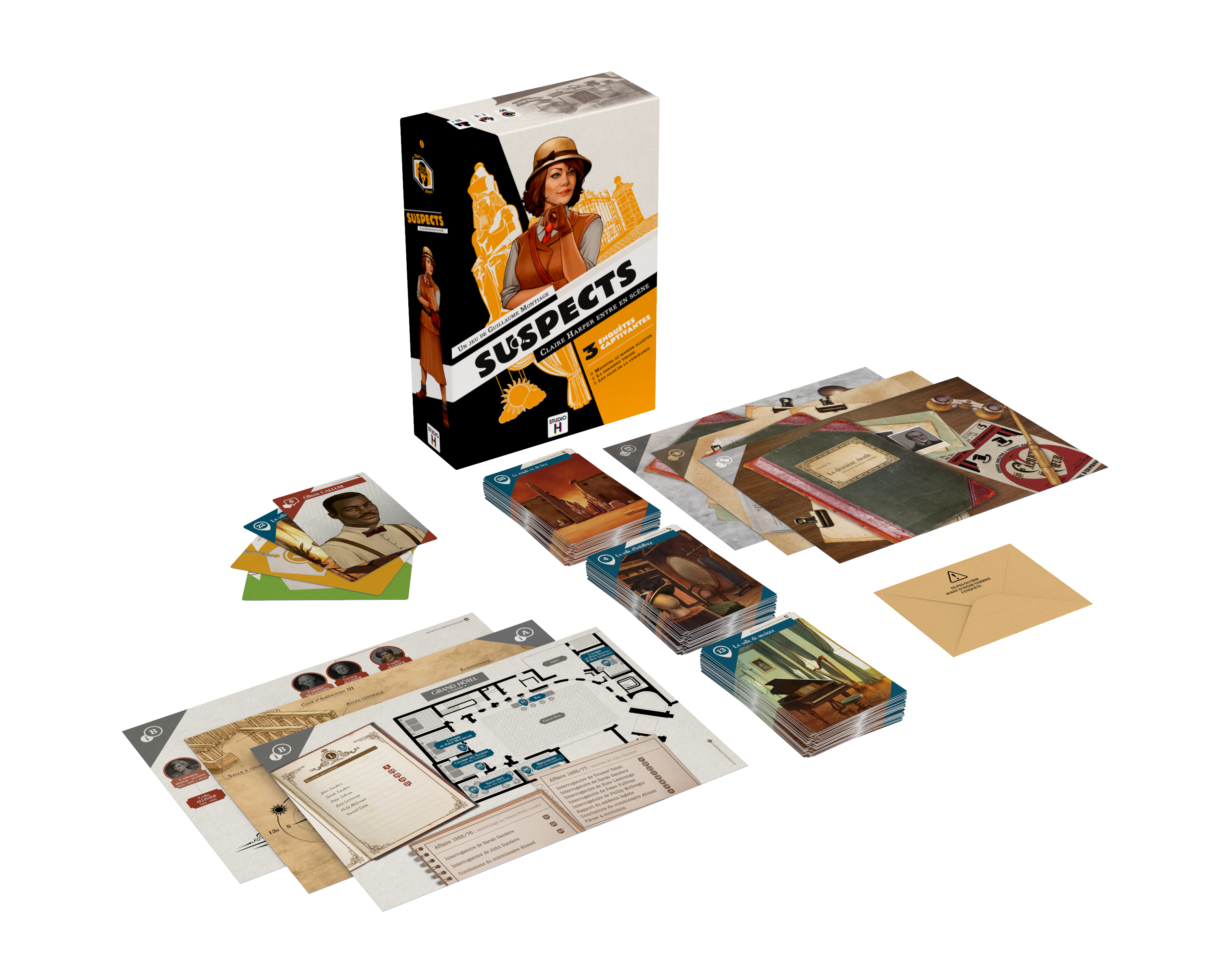 Suspects is a cocktail of great elements from other games. It’s got the tactical feel of Sherlock Holmes: Consulting Detective, the story led feel of Detective: A Modern Crime Board Game, and the pacing of Chronicles of Crime. It pulls in not only the mysteries presented, but the nostalgic and romantic side of Agatha Christies novels, all whilst being fronted by a woman. For a fan of this style of game, this is delightful.

Whilst it never went so far as to feel perilous, it equally easily kept attention. I was always curious as to what the next response might be, or what I might find, and the writing on the cards felt true to what it was representing, whereby it feels like a novelisation would be perfectly reasonable of it. With this, whilst it played well as a group, it plays even better solo, as it almost feels like curling up with a good crime thriller book, only where it going wrong could potentially be your own fault.

Of course, all games of this nature have the same major drawback, which is once it’s been played once, you’re unable to play again. Unlike some others where you may have unanswered questions, this game provides you with all of the answers once completed, which means you can’t go back and try again to rediscover the angle. In theory, you could replay out of sheer curiosity, but you can hardly lower your score fairly when you know the answer to the questions before turning over even the first card. However, some games are worth it for the journey, and I wouldn’t hesitate to embark on this one again given the chance.

It doesn’t ask too much of you, it pokes at that romanticised era of crime and crime books, and keeps you amidst its journey. If you like detective games, this is a really solid addition to the genre.

Try this if you liked… Sherlock Holmes Consulting Detective

A more analogue version of the more recent crime solving style games, this is a smaller but no less fun jaunt through an adventure.