Can you spell ‘adventure’?

The latest addition to Dungeons & Dragons’ pantheon of hardbacks is a strange duck. It’s packed with fun new ideas and roleplay-focussed rules, but struggles to deliver on its promise of wizard-school-but-D&D hijinks.

The book introduces its readers to Strixhaven, an arcane college first explored in a Magic the Gathering set. It’s nominally based on the rather hazy plane of Arcavios but you can easily paste it into the world of your choosing. Honestly, though, it barely matters where you decide to stick the school, as once your players pass through the gates they’re going to have very little to do with the outside world.

Indeed, the book operates with the expectation that the party isn’t the usual mish-mash of freebooters and heroes found in most games. Instead, they step into the shoes of students studying at the college. The campaign that takes up the lion’s share of the book guides the players through classes and exams and doesn’t give much room to explore beyond the student experience.

This is a rather bold move, considering that one of the main appeals of D&D is the freedom it offers. Even comparatively linear conventional campaigns give you a chance to feel like you’re part of a larger world, but Strixhaven: Curriculum of Chaos exists in a bubble. Much like many real-world universities, actually.

It feels as though the designers have taken inspiration from the wave of more tightly focussed RPGs that lean hard on very specific types of stories. You wouldn’t pick up Monster of the Week unless you wanted to play a game about solving supernatural mysteries, and you shouldn’t pick up Strixhaven Curriculum of Chaos unless your table wants a campaign about going to a Harry Potter-inspired wizarding school.

Actually, while there is a fair bit of the boy wizard to Strixhaven, it would be rather unfair to leave the comparison there. For one thing, the college is aimed at much older students - don’t worry, you won’t accidentally set fire to a bunch of 11-year-olds - and the design team has done a passable job at sketching out a clear identity.

Chief among this is the presence of five major colleges within the school, each based around marrying up a pair of apparently conflicting concepts. The green-fingered Witherbloom college, for example, is all about embracing both life and death. Their philosophies aren’t exactly deep, but they provide some easy roleplaying guidance for players and GMs alike.

These schools don’t just bring flavour to the world either, they also form the basis for a handful of neat mechanical applications. These include some wonderfully thematic spells, as well as five powerful backgrounds that tie the bearer to their college of choice.

Where most backgrounds grant only the barest sliver of power to characters, these brand new ones are potent. Each offers fresh spells and powers intended to allow less magically inclined characters, such as the arcane knights who don’t bloom as spellcasters until later levels, to lean into the whole magic-school fantasy.

Tying this much power to a background choice is a break with the usual D&D philosophy, but that seems to be just what Strixhaven: Curriculum of Chaos is aiming for. It’s packed with plenty of new rules and subsystems that lean away from traditional dungeon-crawling and towards the magic-school vibe.

There are special rules for studying and taking exams, for example, with free bonuses on skill checks up for grabs. DM’s have a completely new system to track the heroes’ relationships with important NPCs. 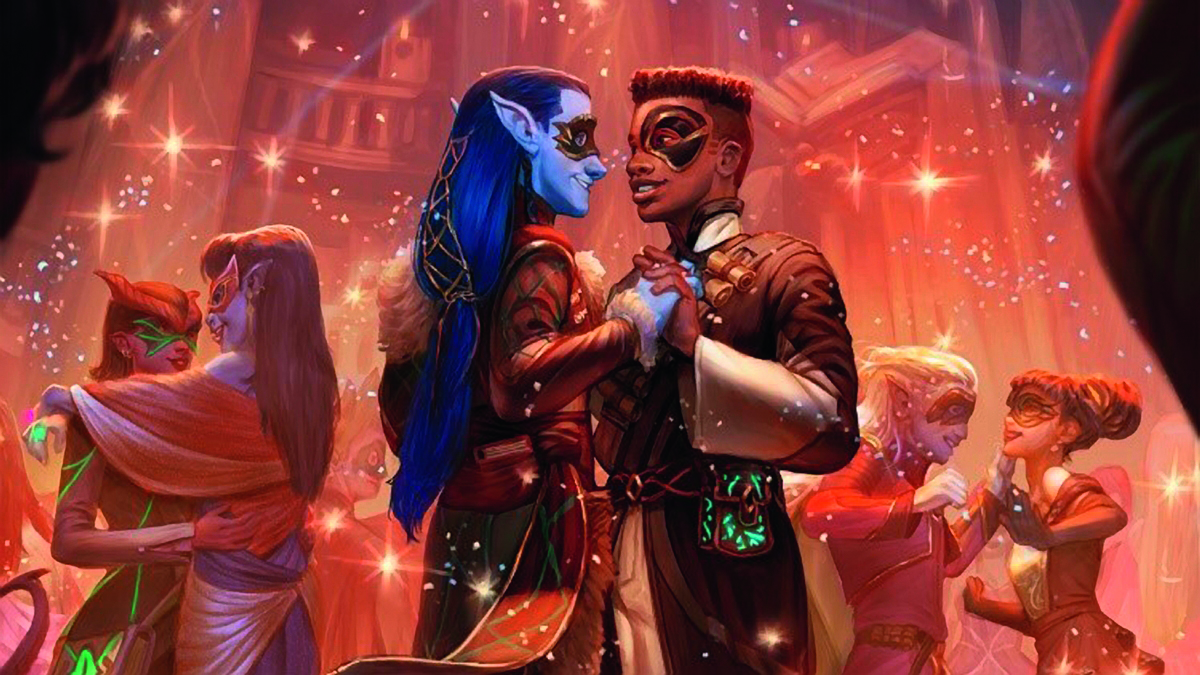 Though some of the additions to the ruleset add even more number-crunching to the game, they help to make it feel distinct. Unless you’ve already gone to the effort of homebrewing up a magical university AU for your home game, Strixhaven: Curriculum of Chaos is going to be a unique addition to the table.

In many areas, from worldbuilding to adventure design, the book fails to execute cleanly on excellent ideas. The bare 20 pages assigned to sketching out the setting’s lore and major NPCs means that Strixhaven doesn’t feel like a living, breathing place. Instead, it’s a playground, with quests that rarely feel important. There’s a hint at an overarching storyline to the campaign, but if you stack it against the stakes of most adventures it all feels rather small potatoes.

It’s easy to recommend Strixhaven: Curriculum of Chaos to established D&D players who want to borrow some interesting rules and ponder the increasingly story-driven direction of the game. It’s much harder to explain why people should pick it up and run the campaign as written.

TRY THIS IF YOU LIKED Kids on Brooms

If you were way into the Harry Potter vibe of Kids on Brooms but wished things were a bit more stabby, Strixhaven might be just what you’re looking for.