A race across unexplored Martian terrain or the trap-filled Machu Picchu can only be made more exciting if you are a famous inventor assembling your vehicular contraption on the go, switching your machine parts to make it faster, sturdier and more efficient. In Steampunk Rally Fusion crossing the finish line first not only proves you are the fastest, but also that you have assembled the most efficient invention.

If you played Steampunk Rally, which came out in 2015, then you will find that Fusion is a very similar game with a couple of fun additions and variations. You are still a famous inventor based on a real historical persona, like Amelia Earhart, an aviation pioneer or Andrei Sakharov, a nuclear physicist and a Nobel Peace Prize winner or Pachacuti, a genius architect and engineer, and others. You can read more about them at the end of the rule book. You are racing on one of the two tracks on the machines that you invent and assemble during the course of the game. 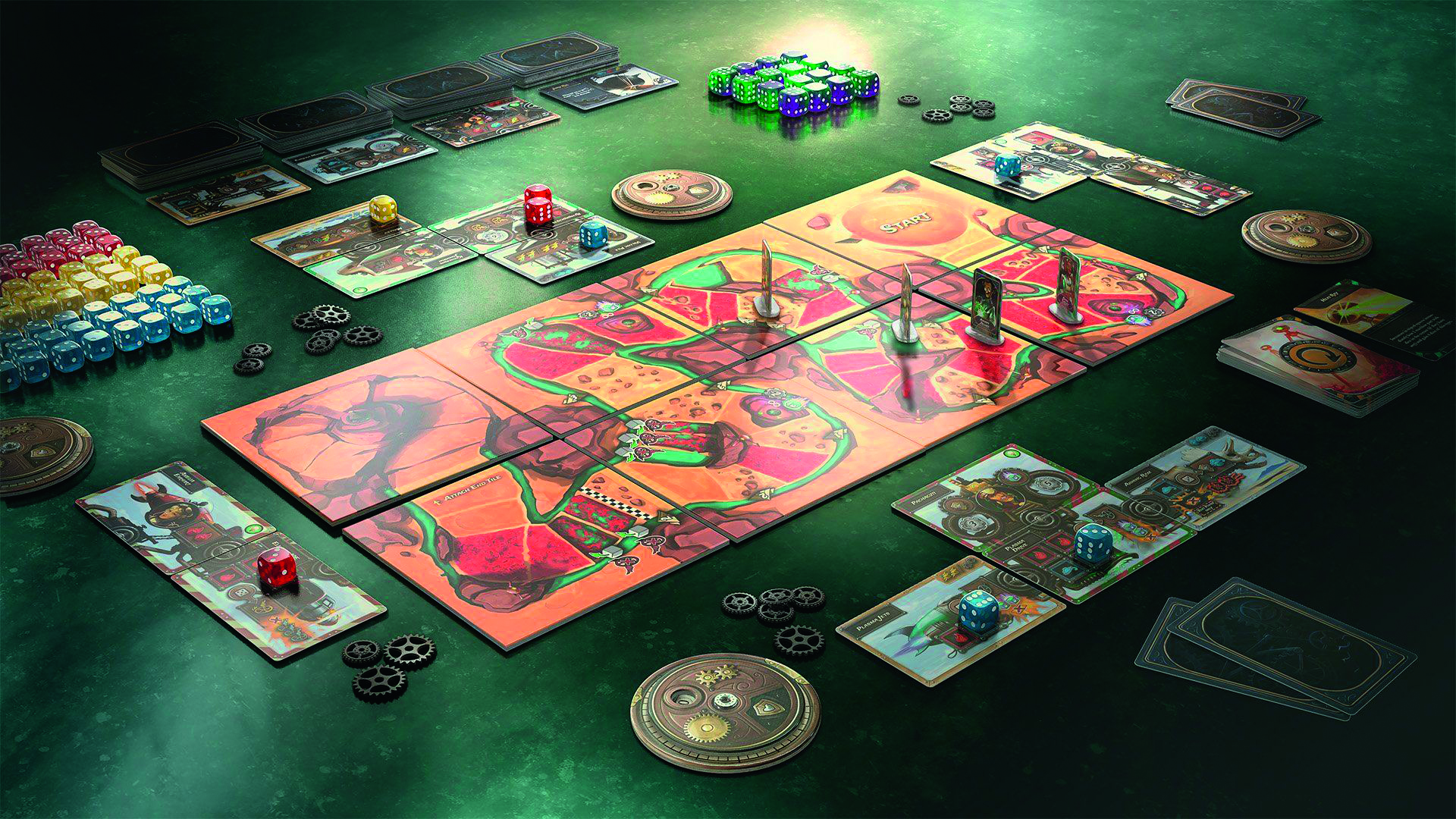 One of the great aspects of Fusion is that, although there is plenty of interaction between players, all actions happen simultaneously. It feels like the game races by because you never have to stop and wait while another player finishes their turn. The game begins through a card draft phase, where players pick up different machine parts, attaching them to their individual cockpits. The drafted cards can also be used for special powers or exchanged for resources – dice and cogs.

However, the race phase is the centrepiece of the gameplay. Here, players use their invention – made up of all the cards they got previously – to manipulate their dice to propel themselves along the track, avoid traps and difficult terrains and gain armour or more resources. It actually feels like building your own engine, feeding it fuel in a form of different coloured dice or metal cogs tokens and then watching your contraption whiz along the track. You can begin the phase with just a handful of dice, but with the right combination of cards and with a few lucky rolls, you end up not only much further along the track but also with more resources than you started!

This part can get really brain-scratchy, especially as you continue adding parts to your contraption expanding available options. Every move opens up several possibilities, which then span into more options, creating what feels like an ever-expanding decision tree. Even though the game provides several mechanics to slow you down or add constraints to available actions, there is still a lot to think about. It is easy to get hyper-focused on making your contraption the most efficient it can be and almost forget that the reason you are doing all of this is to win the race.

As you cross the finish line, you can feel the tension leaving your body as you breathe a little easier. You have done all you could: built the best contraption out of the machine parts available and used all resources and powers at your disposal. It has been a good race. Yet, it has also taken a toll. As fun as it was to push your strategic thinking to a new level, it took a lot of your mental energy and now a little break to recuperate would be very welcome. Steampunk Rally Fusion is not a game you will want to play again straight away. However, it offers enough variety and opportunities that you will want to return to race another day.

TRY THIS IF YOU LIKED STEAMPUNK RALLY 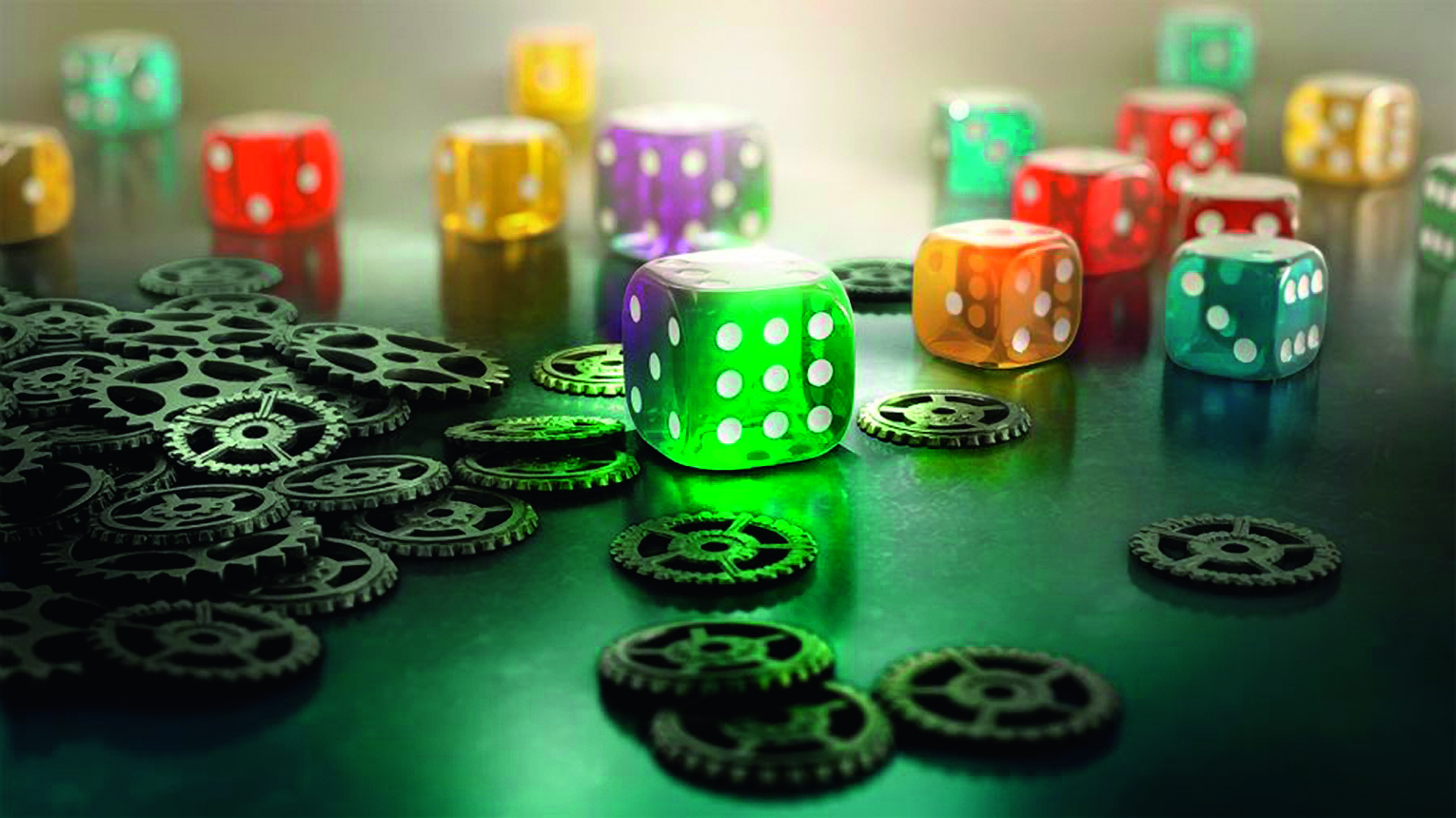 Fusion is an iteration on the gameplay of the original Steampunk Rally with a few additional bells and whistles.