Captain Sonar, a real-time deduction game, where players operated a submarine trying to locate the enemy’s submarine and destroy it before the same is done to them, captured the hearts of many players. The frenzy of real-time actions, the different roles that each player could assume, and how they had to work together as a single unit to achieve their goal made a game of Captain Sonar an experience to remember. The game had one problem: it was best played with eight players, as teams of four, with each player assuming one of the roles on the submarine, without anyone needing to double-up on tasks.

Getting together a team of eight is usually a tall ask, unless you are at a convention or a board gaming café. So, it seemed the lovers of nautical battles would have to return to chequered paper and pencils and get practicing their Battleship strategies if they wanted to play in a more intimate group setting. Perhaps, no longer.

Sonar Family is Captain Sonar edited down to its most essential parts to create gameplay that can scale down to four and even just two players. This has been achieved by leaving the roles of the Engineer and the Chief Mate on the cutting room floor. The players, however, can still be the Captain of the submarine, shouting out the direction of travel and executing various functions, like re-emerging above water, sonar scanning and firing off the torpedoes. They can also be a Radio Operator, attempting to track the opponents’ submarine by noting down their movement on the translucent overlay of the main map.

In a team of two communication is skill key. For example, the torpedo can be fired only if both submarines are in the same sector of sea. The Radio Operator needs to correctly track the opponent and communicate that to the Captain, so they could direct the submarine in the same waters and then fire. The timing of the powers is also crucial because players will need all their might to fire a torpedo, which will only re-charge after a certain number of movements. Therefore, players can’t spam torpedoes until they eventually hit something, they must plan their moves carefully.

The real-time mode is still available for four players in all its chaotic shouting glory, however, Sonar Family, unlike its big brother, was primarily designed to play turn-by-turn. In a two-player game, where each player assumes both roles of The Captain and the Radio Operator, it would be too frustrating to attempt to do both jobs well at the same time. In turn-by-turn mode, the game’s focus shifts from communication to pure deduction, a cat and mouse chase, where the roles of the stalker and prey change, depending on the players’ use of their available tools, like sonar scan.

Although some sacrifices were made in the re-imagining of Captain Sonar for a smaller group, designers Roberto Fraga and Yohan Lemonnier have done an admirable job of keeping what was most essential to maintain the core feel of the game. Sonar Family will never be able to match the full-blown experience of the original, however, it offers a great taster of its gameplay. Perhaps, it entices more players to try the game, making those eight-player matches easier to arrange. 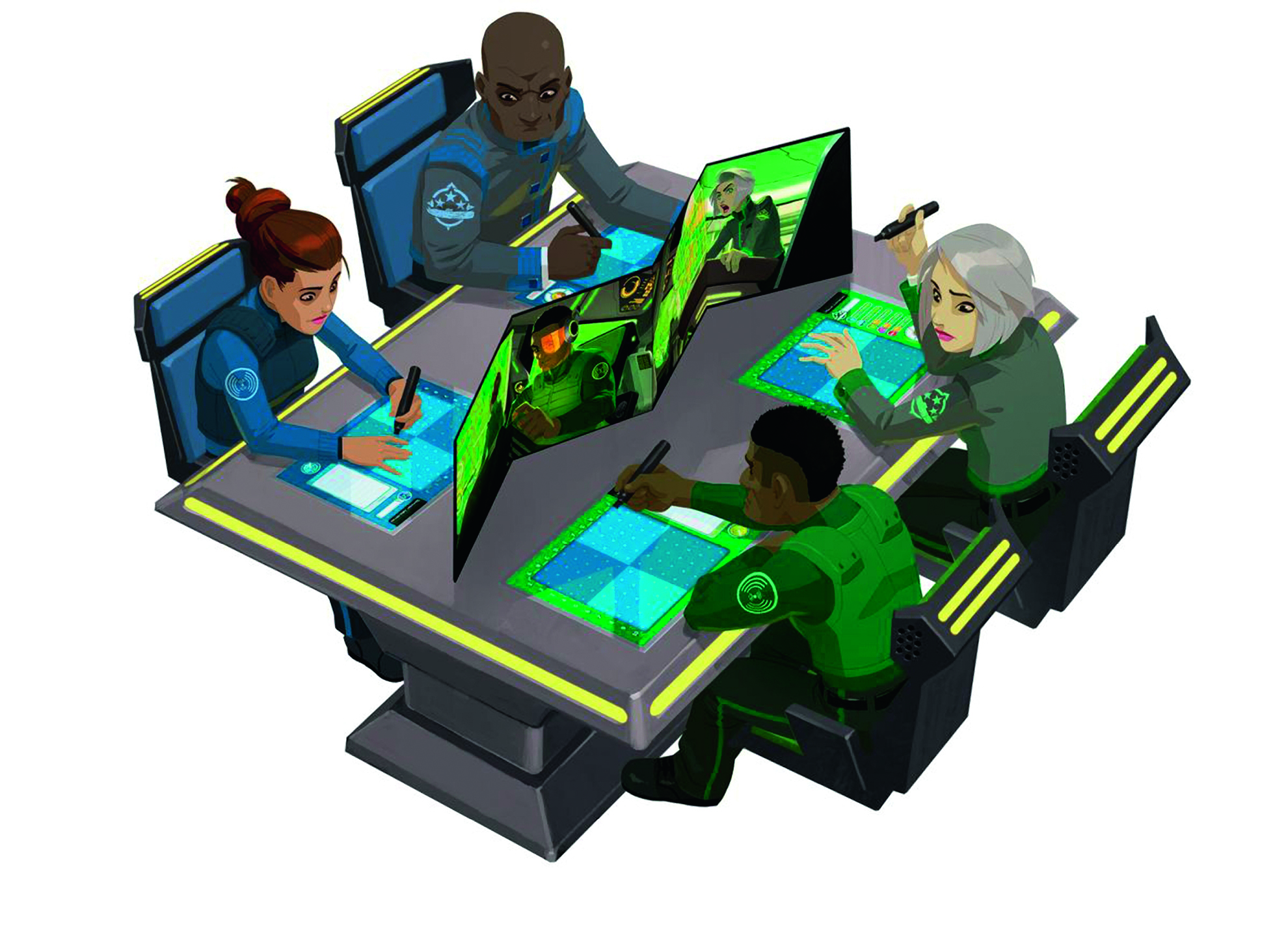 A scaled down re-imagining of Captain Sonar with more focus on the turn-by-turn play, Sonar Family does a great job of recapturing the essence of the original, although in a less bombastic chaotic gameplay.

TRY THIS IF YOU LIKED CAPTAIN SONAR

If you loved Captain Sonar but can’t quite get eight players together to have another game session, then Sonar Family offers a great alternative.