There’s a whole subgenre of games that is ‘Carcassonne but with a twist’. One of my favourites from last year was the excellent Streets which does a lot to capture the feeling of Carcassonne, without much of the sprawling bloat of 20 years of expansions.

So here comes Small Islands, which is both very Carcassonne and also… not. Swapping the be-castled fields of France for the small islands of, er, the ocean we guess, players set out exploring by placing tiles from the market into the shared ‘map’. Each island has little resource markers on it, and each player attempts to ensure there’s a decently scoring set of islands for them. Scoring is worked out by a secret objective chosen from a couple of options presented at the start of the game. Eventually someone places their boat (or a grey boat if there’s less than four players) and the round ends. At the end of the game, depending on the position of their boat in relation to other ports, points will be dished out. In the end-round phase players place houses on the board that match the criteria of their score card and then also claim points for the other side of the card. Place a house for, say, having less dragonfruit than leaves and you'll collect points for dragonfruits. The advanced mode allows you to mix and match your own scoring requirements, making this part of the game much more meaningful.

All of this might sound like a slightly more fiddly version of Carcassonne, or maybe a rules-heavy version. But it swings along nicely, and there’s a great deal of fun in the decisive move of ending a round. It allows for aggressive play in the way that other games of this type simply don’t.

There does seem to be some kind of unbalance in the make-up of the islands however, there’s just a density of tiles that encourage very small islands. You might think that complaining about this in a game called Small Islands is churlish, but it does mean that players will attempt to put together a larger land mass and just not be able to. There’s a slight lack of full-width land pieces, making the mix slightly unsatisfying. It’s fine, but in a game that’s ‘about’ building stuff, you do want to actually build stuff.

The solo mode offers a large range of difficulty, and does simulate a another as much as possible – even a really mean one. And if you’ve completed the game in several of the other modes, there’s a ‘great explorer’ mode that opens up even more options (and even a secret within the box).

An enjoyable and crunchier option for those who want to build an expansive cluster of islands together, with a real opportunity for nastiness.

A charming midweight with just enough to keep point-salad fans happy alongside the world-builders. With expansive and variable set-ups, Small Islands will keep giving you reason to splash in its warm waters.

On the slightly ‘mathy’ end of tile layers comes polyomino garden stacker Miyabi, if you liked the weight and modularity of this Michael Kiesling title then Small Islands is worth the trip. 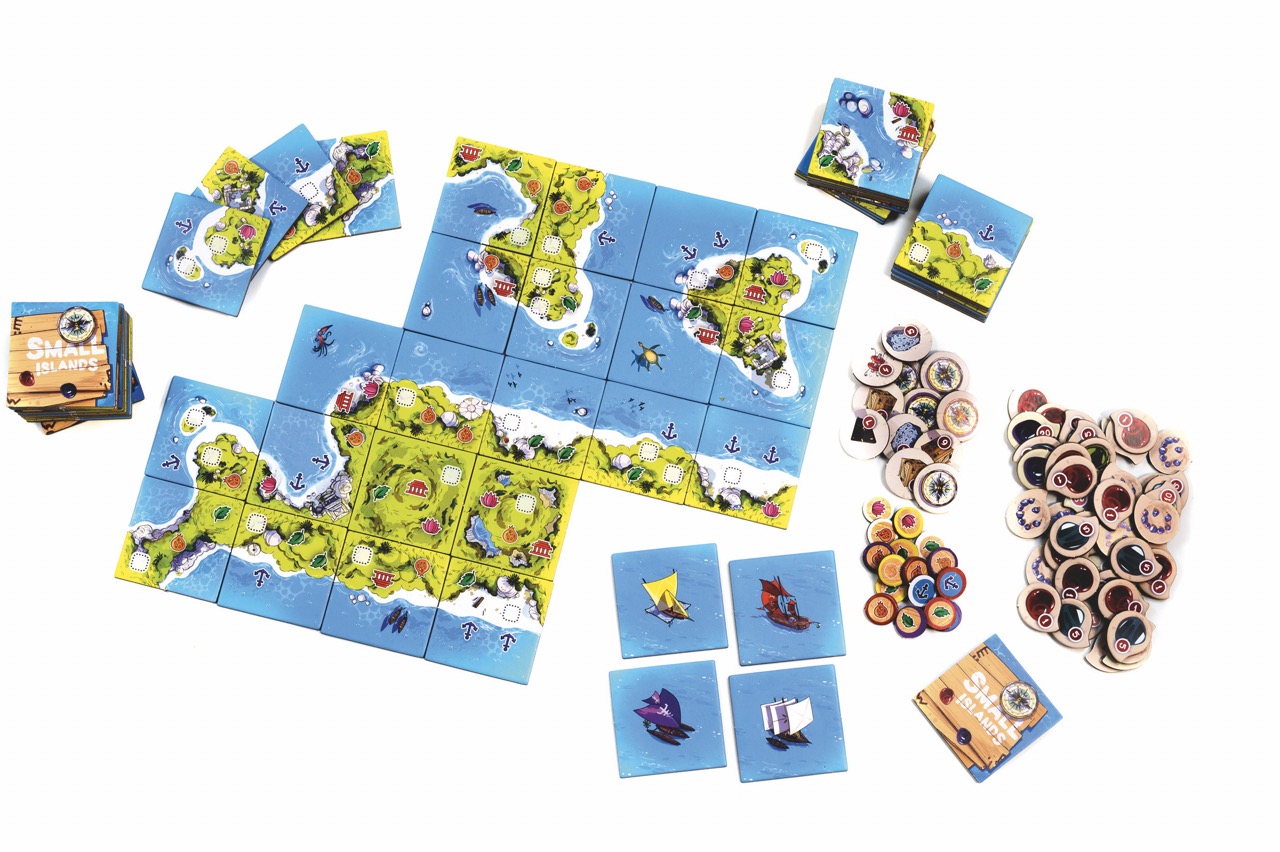