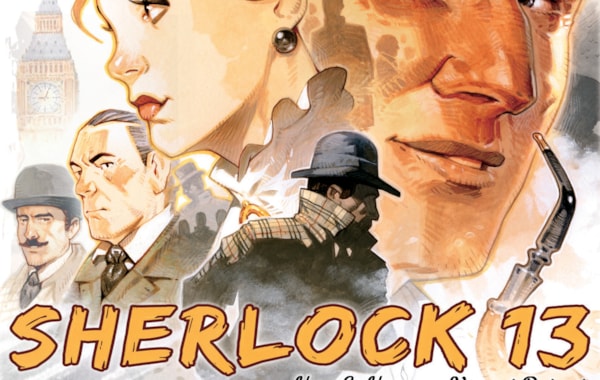 Sherlock 13 is a quicker Cluedo. One out of thirteen characters from Arthur Conan Doyle’s infamous detective series committed a crime. It’s up to the players to solve who it was and, strangely, it could be Sherlock Holmes himself. Each character is attributed a number of icons and by correctly identifying which combination of icons none of the players have, the culprit can be determined. So instead, of asking if Professor Plum committed a murder in the Billiard Room with a Candlestick, players will enquire how many pipes someone else has and mark it on your sheet.

This sheet is the key to the game. It shows each character and their icons as well as how many icons of each type are there in total. During the game, players will be marking the number of symbols and crossing out suspects and, eventually, by process of elimination, figuring out which character is this round’s big bad.

The trickiest part of the game is to ask the right question because everyone gets to hear the answers. You want to learn something new but at the same time you don’t want to give your competitors too much information either. However, no matter how cautiously you play it, Sherlock 13 is the race to solve the case that lasts at most 15 minutes but will probably finish in closer to 5. Then you go again. It is not the most involved deduction game, but it is easy to set up, swift and snappy in its gameplay, and always offering a satisfying end. 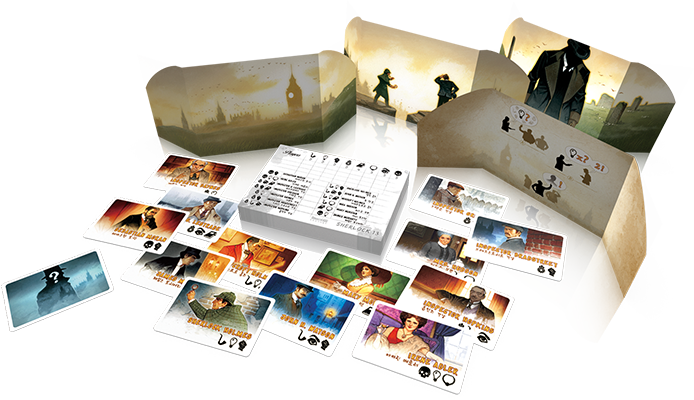