Shadows of Brimstone: City of the Ancients Review 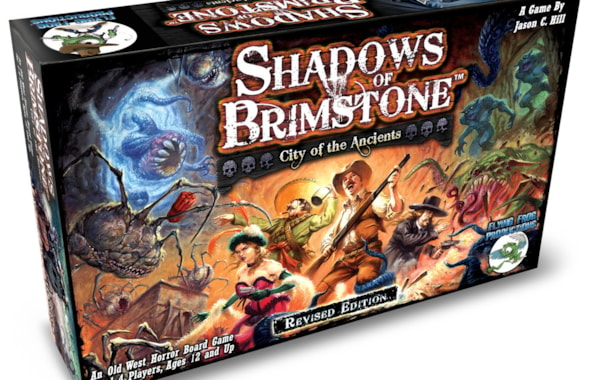 The Good, the Bad and the Otherworldly

Before Gloomhaven there was Shadows of Brimstone. If you were looking for a board game experience that was brave enough to package the ambitious boundlessness of roleplaying games into a box of a gigantic proportions, filled with map tiles, miniatures and several hundreds of tokens (this is not an exaggeration), Shadows of Brimstone was the one. 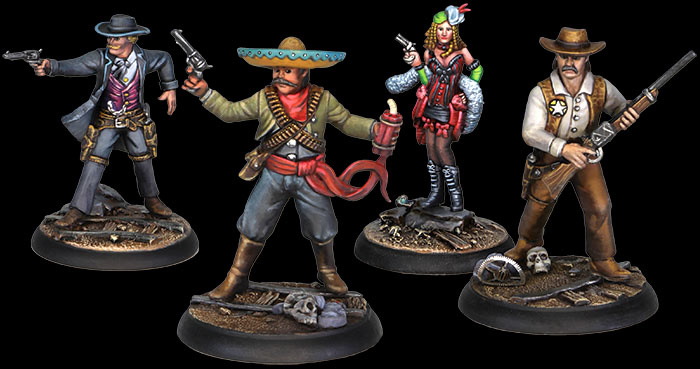 It is a dungeon crawl game set in the Old West, which is infested with bloodthirsty monsters from parallel dimensions. Taking on the role of archetypal western heroes, like a gunslinger and a saloon girl, players descend into mines surrounding the destroyed town of Brimstone to battle horrible creatures and stop them emerging from underground to wreak havoc upon the locals. It is, of course, tropes-galore but also clearly tongue in cheek.

Prepare to roll dice a lot in Shadows of Brimstone. Combat is, as expected, dice-based and you will need to roll for monster attacks too. There will also be multiple skill checks and almost anything you can think of has a separate event chart on which you can roll to get an outcome. Injured during a fight? Roll on an Injury Table. Travelling from the mines to the neighbouring town? Roll on a Travel Hazard Chart. Visiting a shop in town? Roll on that shop’s chart to see if anything happens. The annoyance of juggling multiple charts is completely eclipsed by the sense of depth and excitement this brings to the gameplay. Every move can lead to a new experience, encounter, skill check or a fight and with so many options available it is different almost every time.

Monster variety, however, is a little lacking with only five types (including the boss) in the core set. Although, there are many expansions that add other monsters to the game. Each monster has a unique character sheet with abilities that make fights more nuanced and exciting than simply seeing who rolled the biggest value on the dice.

While it may seem like descending into the mines for shoot out with Void Spiders is the core experience of Shadows of Brimstone, it is going back to town that can be the most fun. A separate location with various places to visit (each one of them, of course, has its own event chart), this is where players can buy equipment, play minigames and level up their characters between campaign missions. Shadows of Brimstone has a detailed levelling up tree for each character, which must be tracked on a separate piece of paper or a character sheet copied from the rulebook. This feels a little clunky, but also more authentic to a pen and paper RPG experience.

Although you could do a singular mine scenario, without engaging in a full-blown campaign, everything in Shadows of Brimstone requires a commitment. This game can effortlessly cover your entire table with map tiles, card decks, reference cards and tokens. Also, be prepared to get cosy with the game’s rulebook because you will be referring to it a lot over your first few missions. And – this shows how recent miniature-filled Kickstarters spoiled us – you will need to assemble the minis before you start. So, get your plastic cutters, files, and strong glue ready. For those who are extra keen, the rulebook also provides a complete colour guide to painting the minis. The game also comes with a comic strip and a soundtrack for a complete immersion.

Although it can feel a little dated when compared to the recent RPGs-in-a-box, Shadows of Brimstone is also entirely captivating. While I can name at least 10 things Gloomhaven does better, I am still eager to return to Brimstone. Rich, immersive, and even unforgiving at times (okay, most of the time…), Shadows of Brimstone is a hefty commitment in time and price and is absolutely worth it.

A game that has an event chart for every occasion, Shadows of Brimstone is a true definition of an RPG-in-a-box with miniatures, tokens, cards and character sheets to create an Old West where almost anything can happen, including tentacled monsters.

TRY THIS IF YOU LIKED GLOOMHAVEN

If you thought the contents of Gloomhaven’s box were impressive, Shadows of Brimstone raises that bar. However, all is justified to deliver the depth and variety of an RPG in a box.