Civilization is decimated. All that remains are fragments of the old world, bobbing in the sea. You must reclaim precious resources to erect new buildings on flotillas to prove your worth as a seasteader.

On your turn you must dive for resources or construct a building. Both players have a supply of three different types of buildings on their player board - ports, academies and shipyards. Each of the four flotillas contains a demand token, which indicates the resource that must be paid to build there. Moving clockwise, the six available building plots on each flotilla have increasing cost but trigger ever more superior effects. The buildings too give extra bonuses - allowing you to place dock tiles (providing victory points), take specialist cards (enabling one-off powers) and move ships (decreasing location costs). Success relies on matching buildings to locations: get it right and everything else will fall into place. Get it wrong and you’ll be perpetually scratching around in your opponent’s rejects.

If you’re unable to build, you must dive by flipping over the next card in the dive deck. You select which half of the revealed card you want to claim the resources from but your opponent takes those on the other half - and that’s the stinger. In fact, this is where the game falls apart. If you dive, you can’t do anything else. Your whole turn is spent taking resources, which might be fine... if you weren’t also giving resources away. Depressingly, you may be forced to claim the option you least want, just to prevent your opponent from getting loot that will make them even more powerful. It feels terrible. Worse still, it always seems to be the same player who has to dive. The other player, who receives repeated gifts without having to spend a turn acquiring them, always seems to be able to build.

The promise of better resources deeper in the dive deck is nonsense because as soon as you reveal the back of one of these deep dive cards, you trigger the end game. The only way you can get the really good dive cards is by having to dive on your last turn. This is a sad situation indeed - and it’s highly likely that even if you draw resources you can score, you will also give some to your opponent.

Resources are also gained when building - through location effects and specialist cards. The more you build, the more resources you’ll acquire, without ever needing to dive for them. So, it’s almost inevitable that one player bolts ahead, building every turn, while the underdog is unable to catch up. The eventual outcome of the game can become blindingly obvious early on.

Each turn it feels as if the optimal play is obvious. There are very few really interesting decisions. Each time you empty a column on your player board - by constructing one of each type of building - you’re allowed to swap the demand tokens on two flotillas. This changes the resource you must pay in to access the flotilla locations and has the impact of preventing you from playing strategically. You can’t plan very far in advance because the whole landscape may shift before you get there. When swapping demand tokens you lock one in place, preventing it from being swapped next time a column is cleared. The leading player is clearing columns more quickly, so has more power to screw over the trailing player. Another kick in the teeth.

The theme and concept are interesting and the production quality is terrific. But it’s not enough. There’s way too much luck involved in Seastead. A couple of bad dives and you might as well just swim away.

TRY THIS IF YOU LIKED: Flotilla

If you love the theme of Flotilla, you may well enjoy Seastead as it is set in the same world. 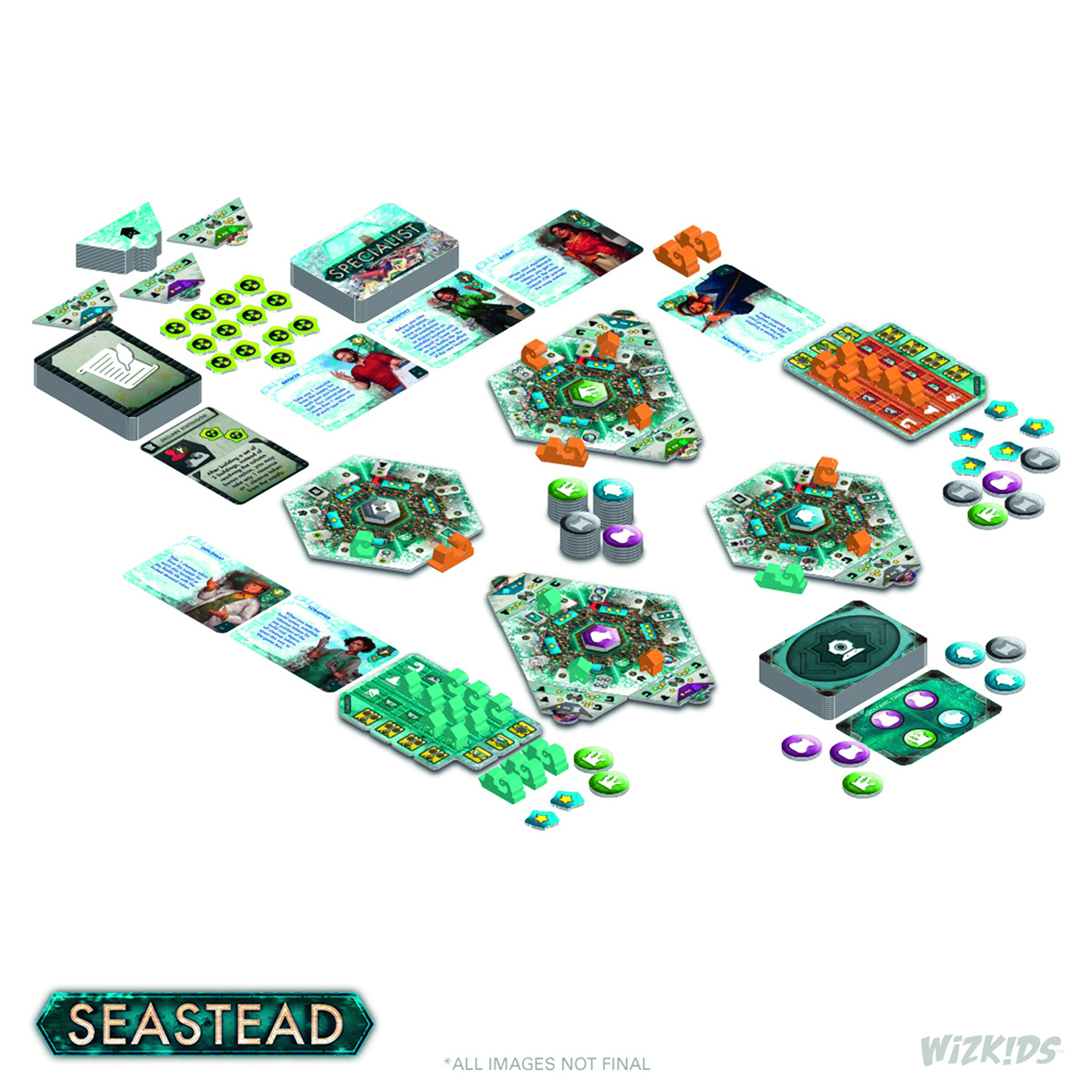