Right off the bat, Ruination faces steep competition. In the realm of ‘dudes-on-the-map games’, it has to contend with the godly presence of Ankh: God of Egypt and Mezo, not to mention the everlasting rule of Risk. The post-apocalyptic theme has been usurped by Mad Max associations, while games like Posthuman Saga or Zona: The Secret of Chernobyl vividly paint the picture of the world after the end in all drab but bloody colours. But Ruination will not be a game that is lost in the wasteland.

In part, this is due to incredible artwork by Roland’s Revenge. It is colourful, energetic, and captivating but also distinctly end of the world-ly. It consistently sets the scene through every part of the game, whether it is the board design or character art. The exile units are a particular stand out. They may be wearing the assortment of random items they scavenged in the wild with make-shift weapons, but they all have unique style and personality. Whether they are simply wielding a giant mallet or riding an actual bear, all of them have a distinct air of coolness around them. This attention to detail carries through to the faction minis where each set has their own design. When you have your army on the board fighting alongside your exile units and facing equally impressive opponents’ forces, the whole setting looks appropriately epic.

The gameplay is equally impressive. Sure, a lot of it follows the standard area-control format. The board is divided into areas which all players are fighting to take control of. Each area produces a certain type of resource, which, when scavenged, can be used to buy the aforementioned exiles or advantage cards that offer in-battle and end of game bonuses. Players can take three simple actions: recruit more unit, move to an adjacent territory or scavenge to get some resources, again nothing novel. However, it is how these actions are performed that sets Ruination apart. 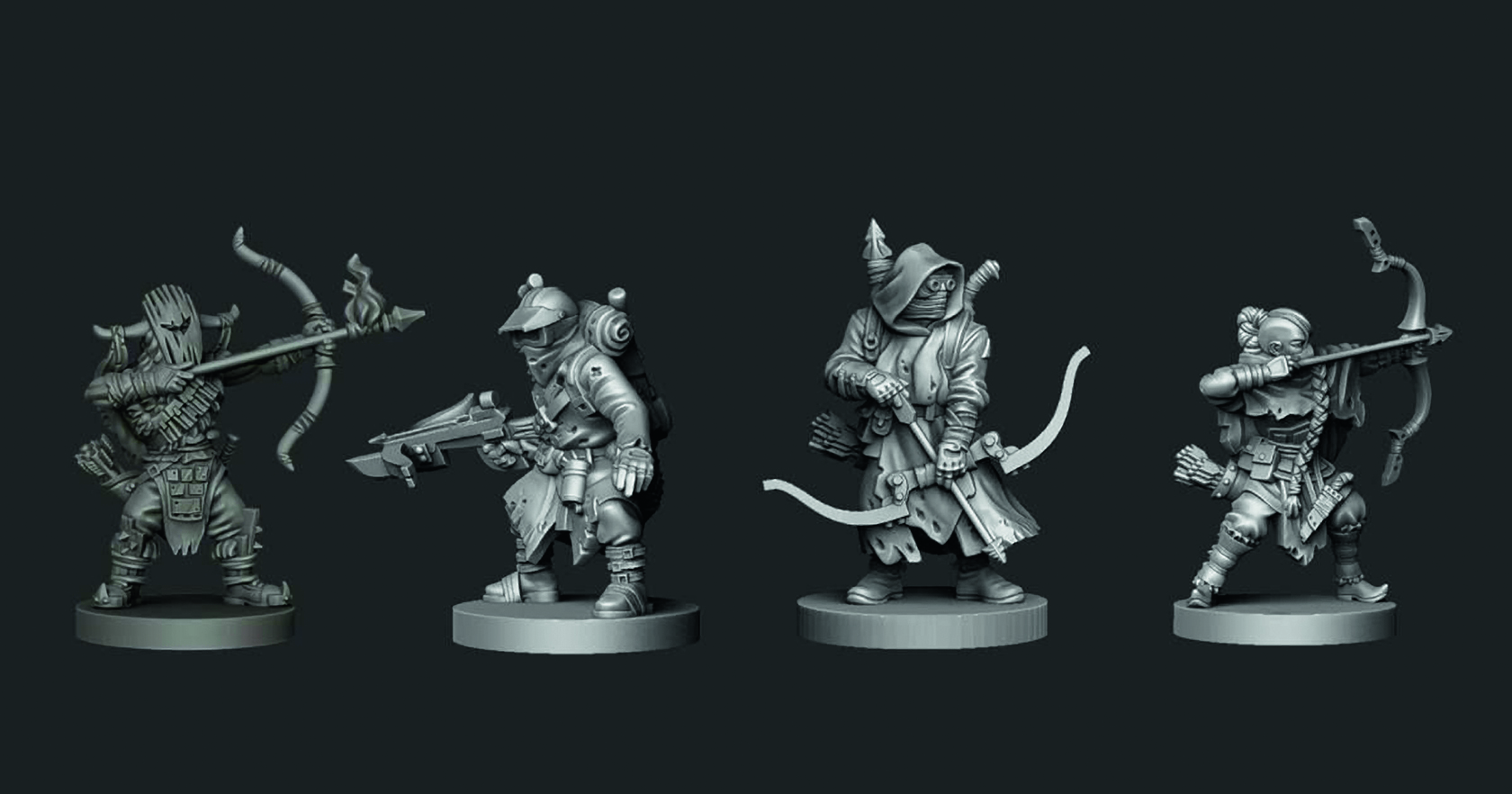 Each action is tied to a deck with cards that offers a main action plus a couple of bonuses. This means that on a turn you typically will do two or three things at the same time. Depending on the cards on offer, you could, for example, recruit normal units, move and then recruit an exile. This will then allow you to set up or bolster your positions on the map, so on your next turn you could make a push for a victory point-giving bastion. The gameplay becomes incredibly dynamic as you chain several of the actions together, which don’t take too long to resolve and don’t stagnate the turns of other players.

The post-apocalyptic world of Ruination is violent, so a lot of the game’s action is focused on combat. Players can fight against neutral units – nomads – to earn some quick bonuses and, of course, each other. The largest army is still the likeliest to win but players have many tools to change the tide of the fight, like, for example advantage cards or exile units that have special stats and abilities. There are some dice rolling elements to the combat, but they can be almost always mitigated through other tools, so the fighting always feels fair, and a win deserved. The whole combat phase is tracked on a separate board which makes it very easy to calculate the strengths of all armies, the number of casualties and adjust these values based on additional actions that players take. The game also rewards more for taking on bigger armies, which leads to some impressive epic battles.

Somehow Ruination strikes a golden balance with all its mechanisms. It takes simple actions - move, scavenge, recruit – and adds more layers to the barebones of these mechanisms to make the gameplay more exciting. On the other hand, it takes combat that can be quite complex and creates tools to make it resolve quicker and without any mental gymnastics. It takes a lot of the staples of area control games but gives them a fresh spin and a new point of view. And when it is painted with the masterful hand of Roland’s Revenge, well, immersing into this world, ending or not, becomes hard to resist.

Beautifully illustrated and mechanically suburb, Ruination proves that there is still a way to stand out in the area control genre.

TRY THIS IF YOU LIKED ANKH: GODS OF EGYPT

If you are looking for another stylish area control game with great miniature design, like Ankh: Gods of Egypt, but prefer the wastelands, then Ruination is a great alternative.